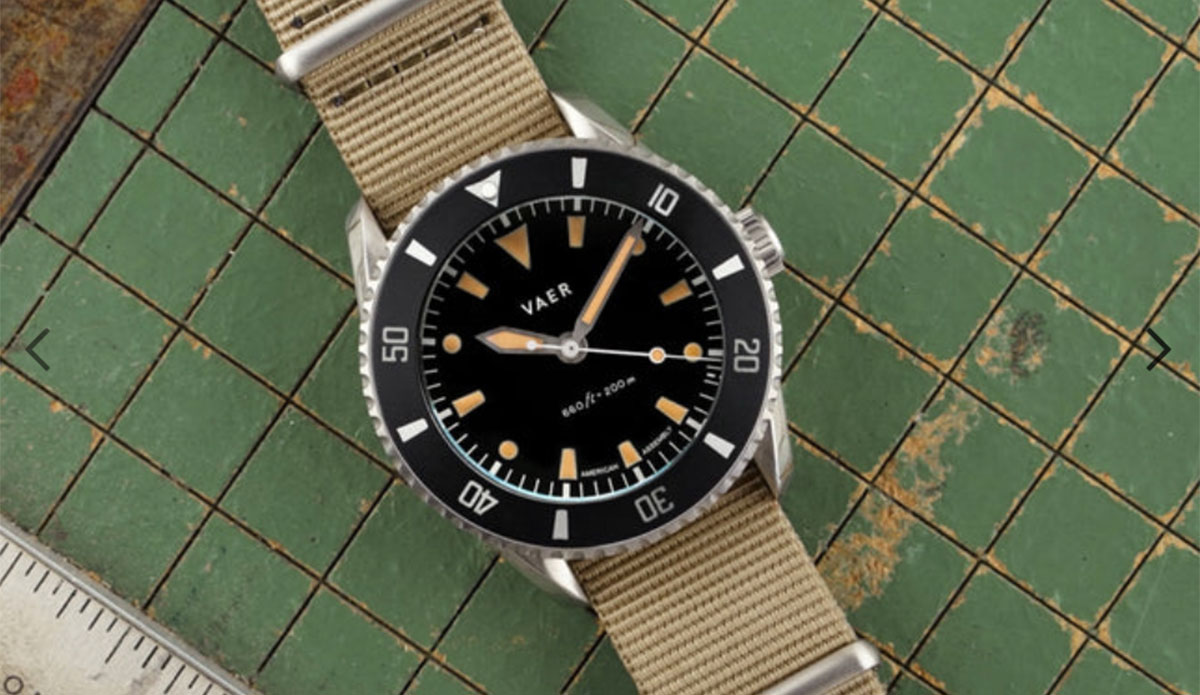 Vaer makes a watch classically styled for a person who enjoys doing things out of the office. Photo: Vaer

I’m a watch guy. I like a bit of something on my wrist with the time on it for two reasons: first, because I’m routinely in places where my phone can’t go (water), and second, because… well, vanity.

When it comes to accessories, I’m only particularly picky about two things: watches and sunglasses. I require function as well as fashion. I do not require an enormously bulky watch that tells me the moon’s cycle, the gravitational pull of Saturn, a garage door opener, and a fecal analyzer. Gimme something slim, classy, and well made. Gimme something that I can wear daily, something I can wear under a wetsuit, something I can wear when I’m not wearing my usual rags, and something, most importantly, that I can explore the ocean in. Enter the Vaer D4 Atlantic Solar Diver.

I recently received one in the mail. Tasked with testing it out — a nice task, I must say — my first test was a simple one: how does it look? On opening the box, it passed with flying colors. Sleek and slim, it’s a perfect mix of class and ruggedness. It’s not a watch that screams “look at me,” but it’s a watch that, when noticed, says, “my wearer appreciates nice things.”

Of course, looks ain’t everything. They’re the least important thing, really. And the guts of this thing? Oh, they’re nice. It’s a solar-powered quartz watch, which means, of course, there will never be a need to wind it (okay, Grandpa) or change the batteries. Wear it around with a bit of sunlight flashing onto your wrist, and it’s charging. Once fully charged, Vaer claims it has a six-month power reserve. Since I haven’t had it for six months I can’t attest to that, but what that means is that after the battery is charged, you could lose it in the darkened recesses of your sock drawer for half a year. Then you could pull it out and it’ll still be ticking away. Running it down to empty, however, isn’t a good thing, and the makers warn this could damage the battery. 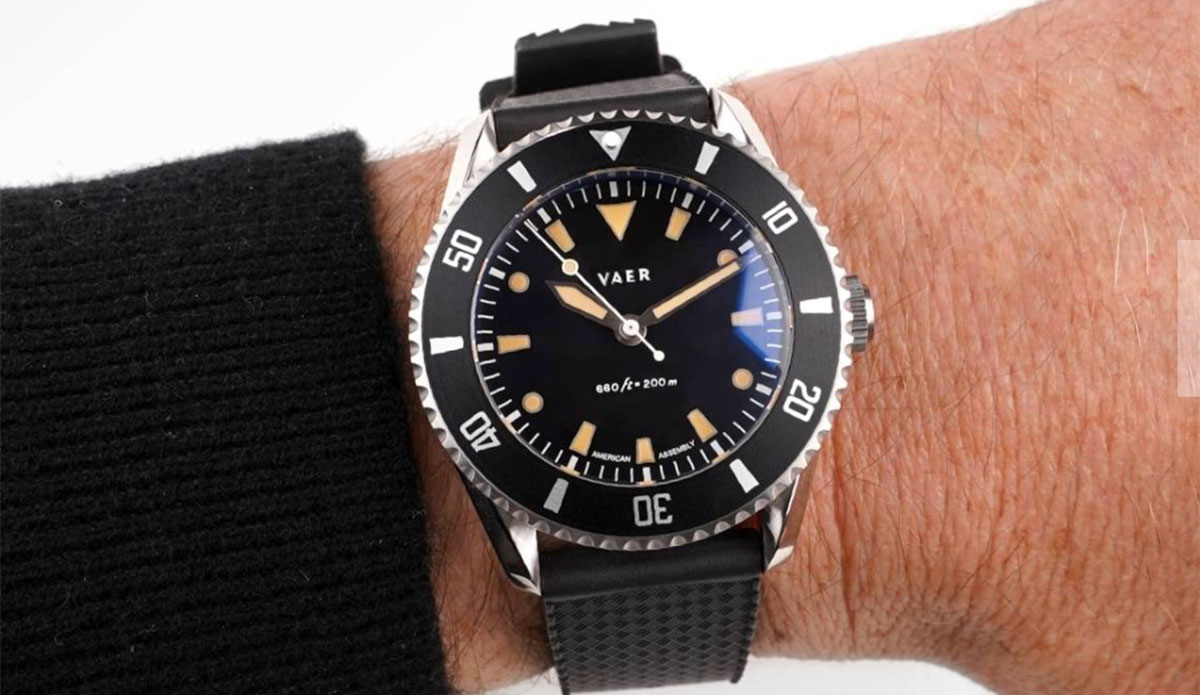 Whatever Vaer did to the rubber strap should be done by all watch makers. Photo: Vaer

The face is covered in AR-coated sapphire crystal, it’s water resistance up to 20 ATM (600 feet or so), the case is stainless steel, and it comes standard with a rubber tropic strap. Now, I usually hate rubber straps, but whatever Vaer did to this rubber is pretty amazing. It feels almost like stretchy leather. It doesn’t pull on your skin or yank your arm hair out, but if rubber’s not your jam, there are a variety of options, including leather, nylon, and steel. All are easily switched out thanks to the quick release.

Vaer was started by Torres and Reagan Cook in 2016. Both active outdoors people, they realized that they couldn’t afford the watches they liked and didn’t like the watches they could afford. So, like any good business people, they decided to make their own. “Despite starting the business in an era dominated by fast-fashion, luxury status, and constant connectivity,” they said, “we felt confident that there was still a place for simple, well-built, analog watches.”

Both are deeply involved with surfing and the ocean in general, so the watches they make are built to stand up to the lifestyle they live. They’ve worked with Ryan Lovelace and Morgan Maassen, and after wearing this watch around for a month or so, I can honestly say the Vaer D4 Solar Diver watch’s seamless blend of classic styling and modern function makes for something I’ll wear until I’m old(er) and grey(er).