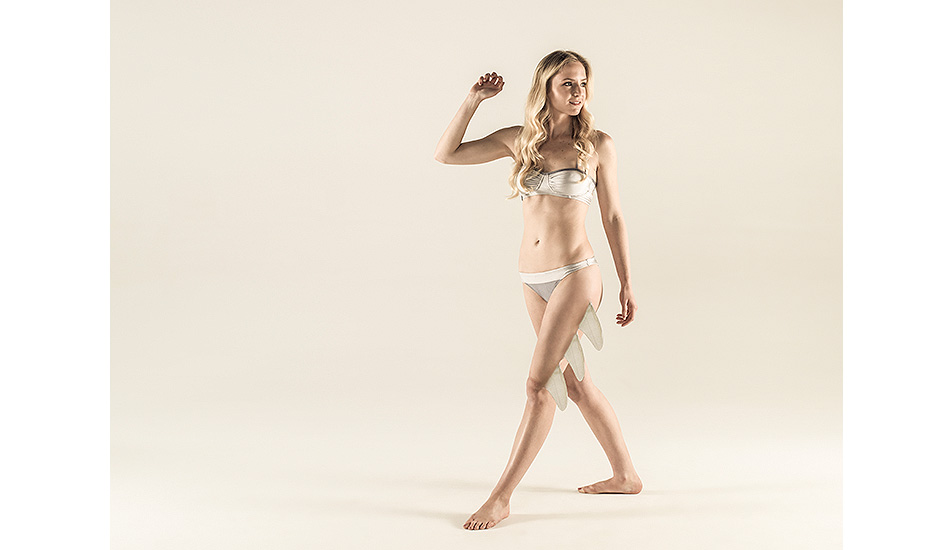 Heather Louise Jordan is a SoCal native and a full-time student at UCLA. While pursuing her studies in Political Science, Jordan finds time to participate in contests and holds multiple West Coast titles in the WSA Open Women’s Division. Photo: Alberto Guglielmi 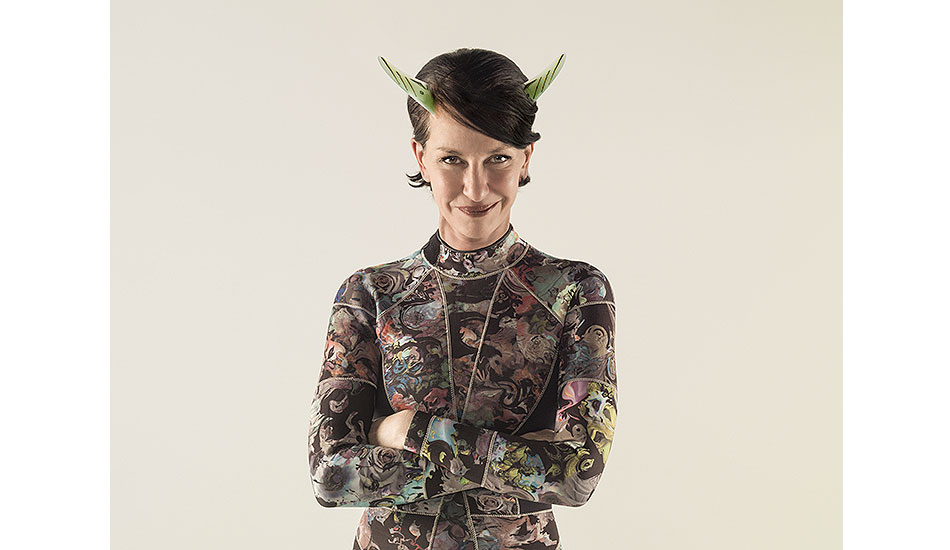 Cynthia Rowley is an American fashion designer who founded her namesake line, The Cynthia Rowley Collection, in 1988. She has stores in over a dozen cities and six countries and has collaborated with Target, Band-aid, Roxy, and Half Gallery, among others. Photo: Alberto Guglielmi 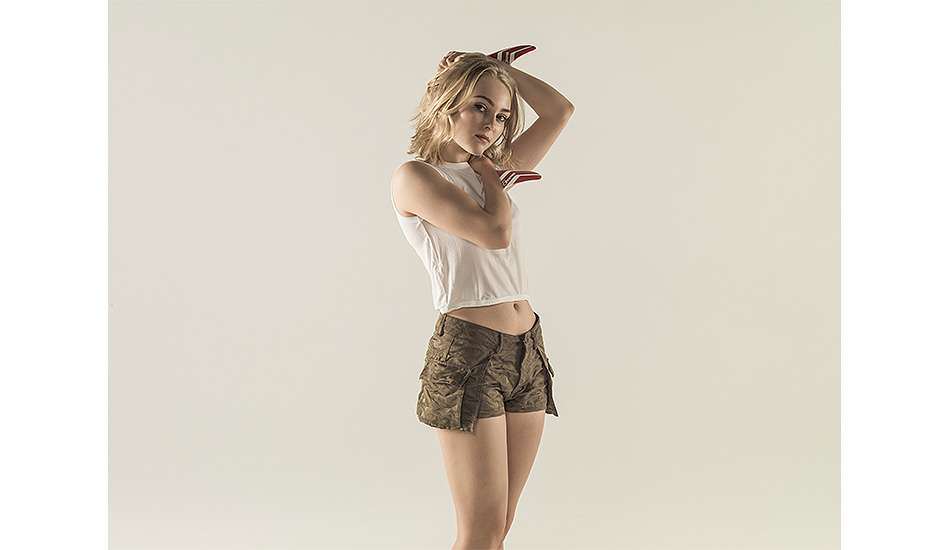 Actress AnnaSophia Robb is revered for her stand-out performances in the films "Soul Surfer," "Bridge to Terabithia" and "Charlie and the Chocolate Factory." She currently stars as the young Carrie Bradshaw in the CW’s "The Carrie Diaries." Photo: Alberto Guglielmi 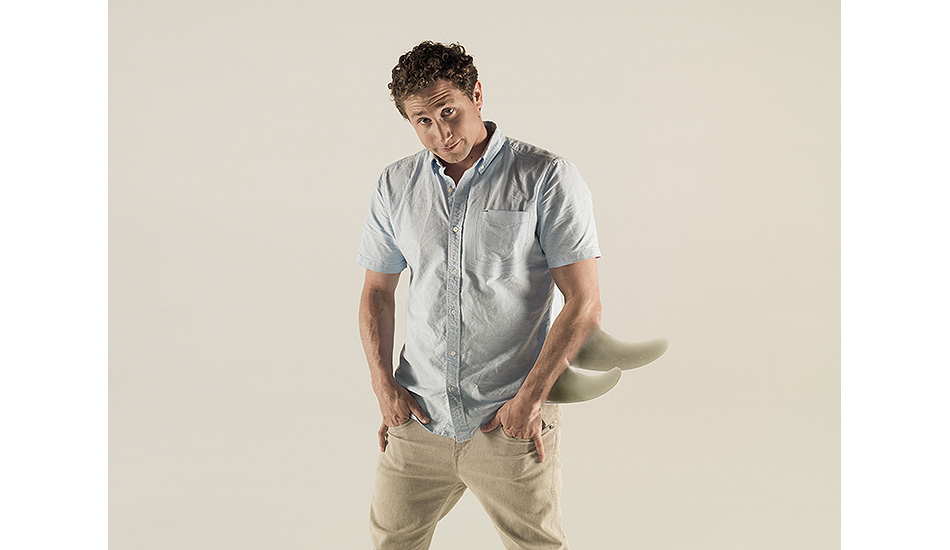 A former editor at Surfer Magazine, Zach Weisberg is the Founder and Editor-in-Chief of The Inertia--a home to insightful commentary from the global surf community’s most talented figures. Photo: Alberto Guglielmi 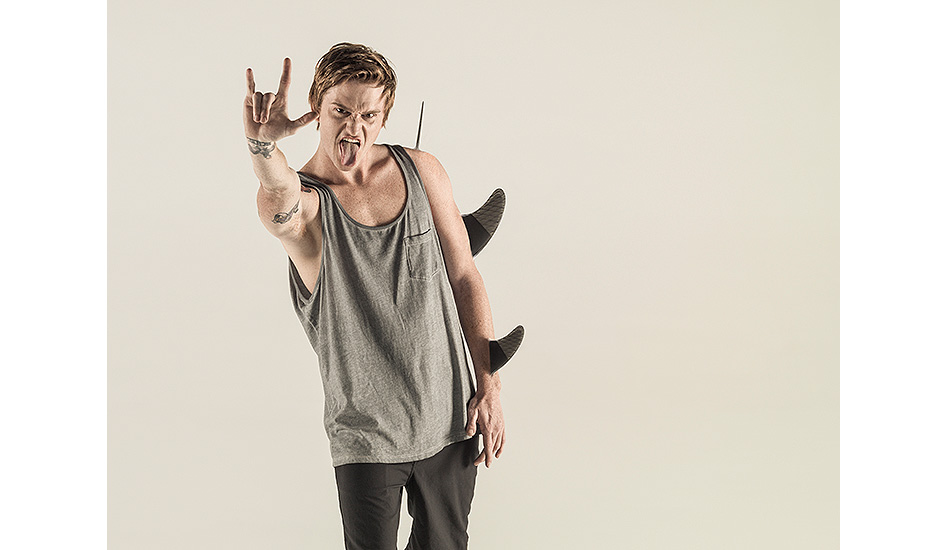 Eddie Hassell is a television and film actor. He has most recently appeared in the films "The Kids are Alright" and "Family Weekend" and will next be seen opposite Ashton Kutcher in "Jobs" and in the new Marc Cherry series "Devious Maids" on Lifetime. Photo: Alberto Guglielmi 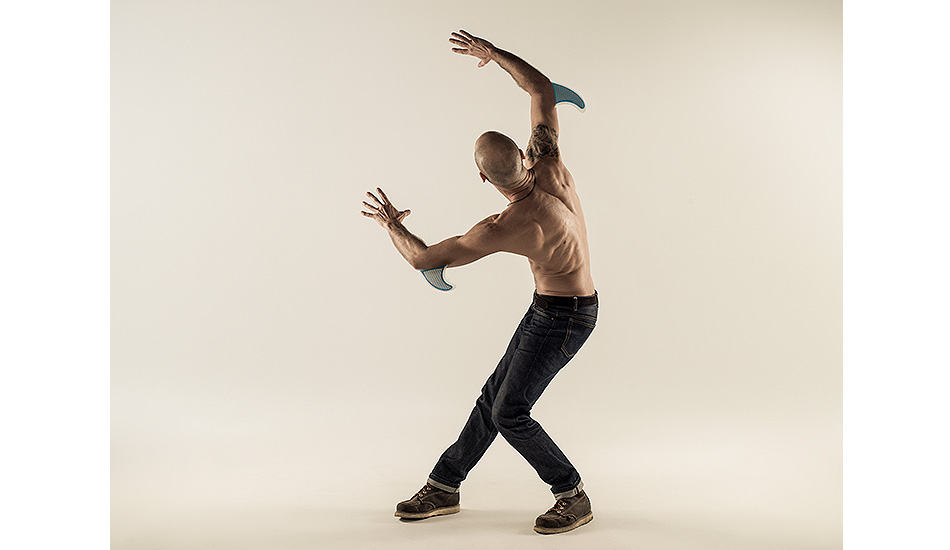 Nick Lynn is a graphic designer and illustrator. He currently chairs the New York City chapter of the Surfrider Foundation. Photo: Alberto Guglielmi 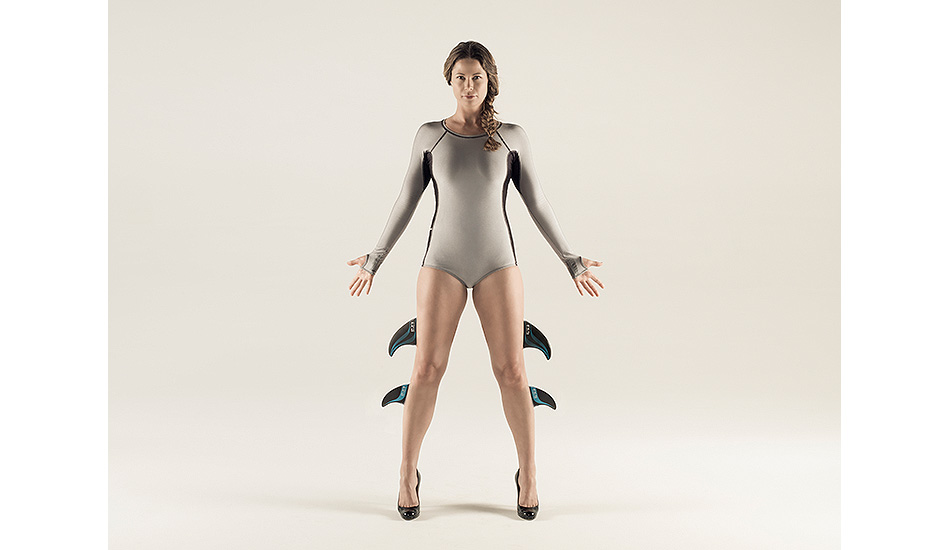 Anna Jerstrom is the Founder of the surf-ready swimwear company Calavera. She began her career in London’s finance scene before she realized her true passion for surfing during a trip to Central America. Soon thereafter, she quit her job to pursue the construction of bikinis-that-don’t-budge, testing them rigorously in the waters of Costa Rica. Photo: Alberto Guglielmi 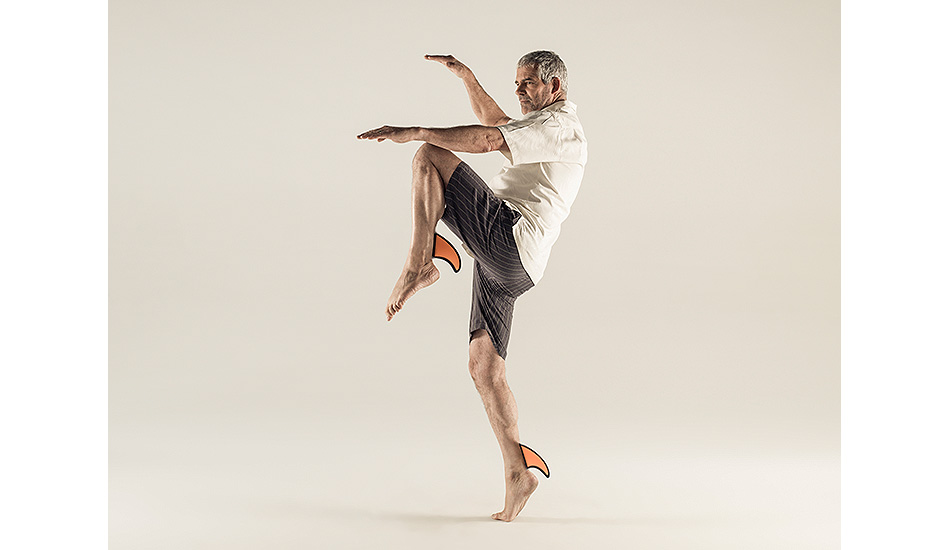 Wayne Rich has been shaping boards in California for the past 26 years under the label WR Underground. His esteemed list of clients includes surf legend Joel Tudor, among others. Each of his boards is marked with his infamous logo, “the underground lives,” which is hand-painted with India Ink. Photo: Alberto Guglielmi 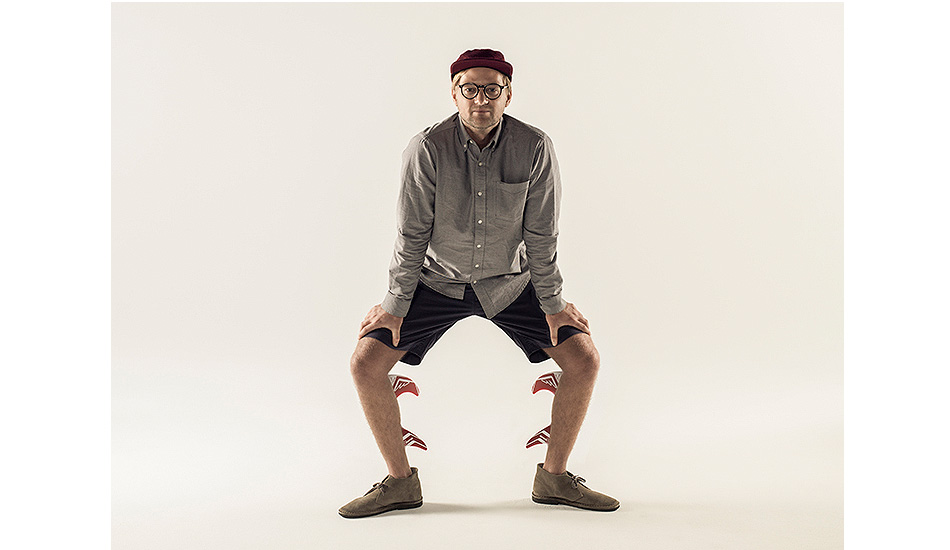 Mikey DeTemple is a New York native, professional surfer and filmmaker. Mikey has been an integral the East Coast’s surf scene since the age of 16 when he won his first pro contest and became a staple in the world of pro surfing. He has graced the covers of numerous worldwide surf publications and produced two of the best-selling surf films of the past several years. Photo: Alberto Guglielmi 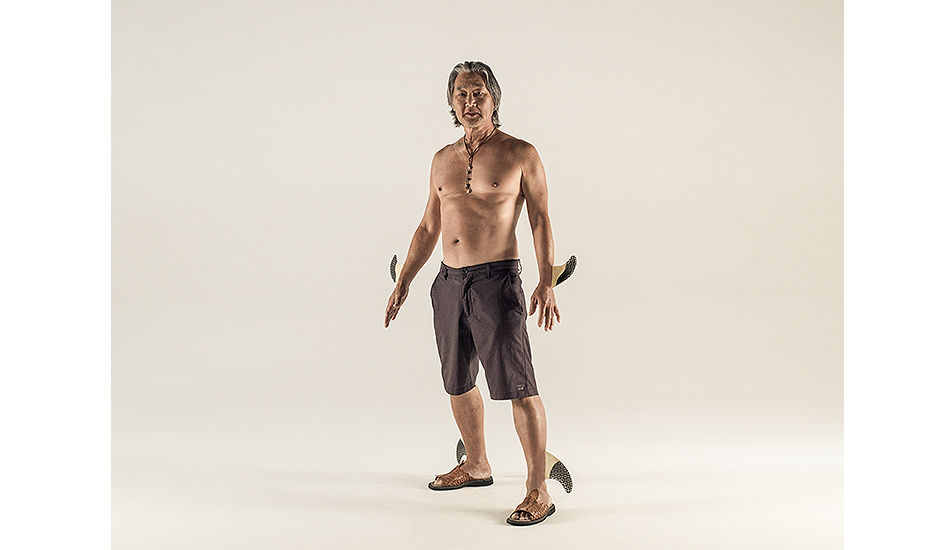 Guy Okazaki apprenticed as a surfboard shaper in both Hawaii and Australia. He has been hand-crafting surfboard designs in Venice Beach for more than 30 years. Photo: Alberto Guglielmi 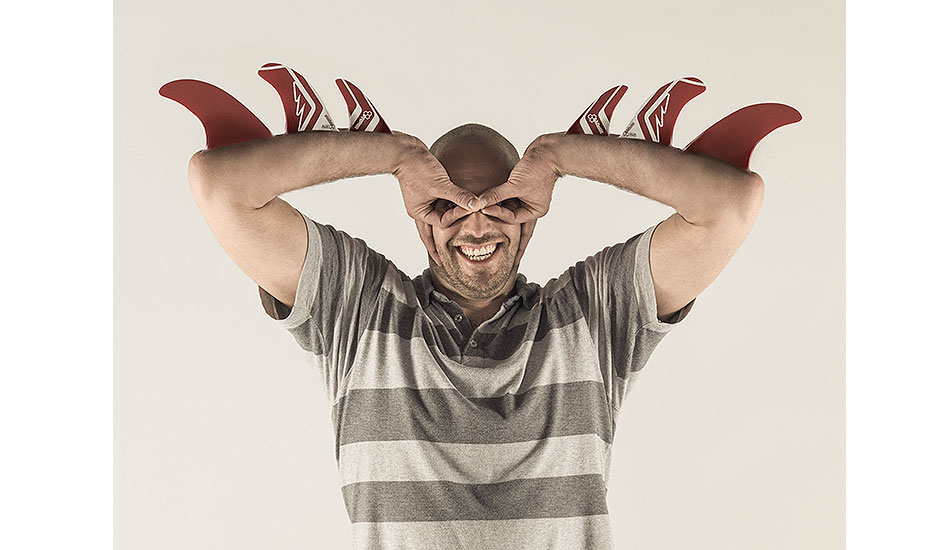 Tyler Breuer is the Founder of SMASH Productions, LLC (Surf/Movies/Art/Shaping/History). Born and raised in New York, Tyler grew up surfing the beaches of Long Island with his older brother Jamie. He was forced to memorize surfers' styles on VHS at the tender age of 7. Due to the lack of surf, Tyler and his brother absorbed and collected surf magazines, books, video and anything else. Tyler has been actively involved in the local surf community for more than two decades. The mission of SMASH is to present, in a public forum, a body of emerging and historical work from the local and global surf community throughout the year. Photo: Alberto Guglielmi 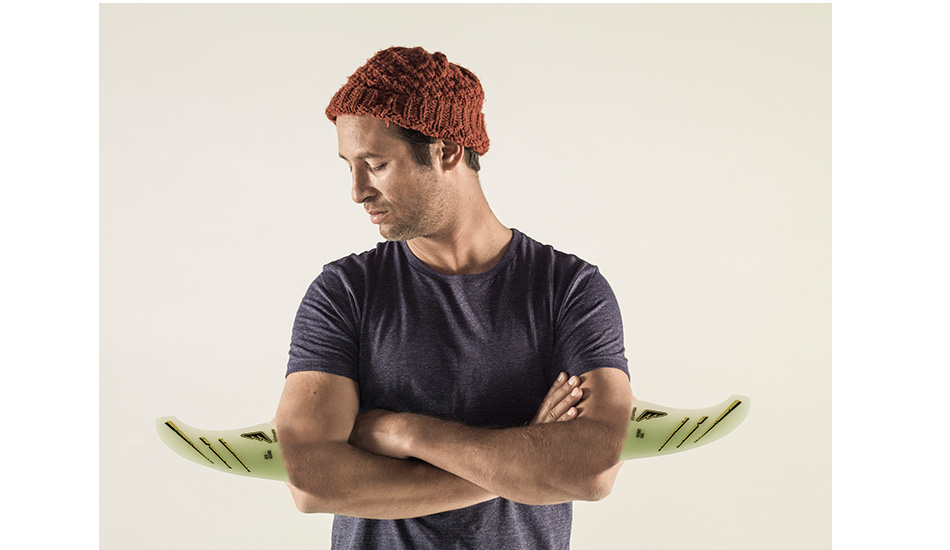 Michael Townsend is the co-founder of online retailer, surf showroom and beach lifestyle website Threads & Fins in Newport Beach, CA. Dedicated to conserving water and keeping our oceans clean, Michael is a supporter of and believer in Waves for Water initiatives. Photo: Alberto Guglielmi 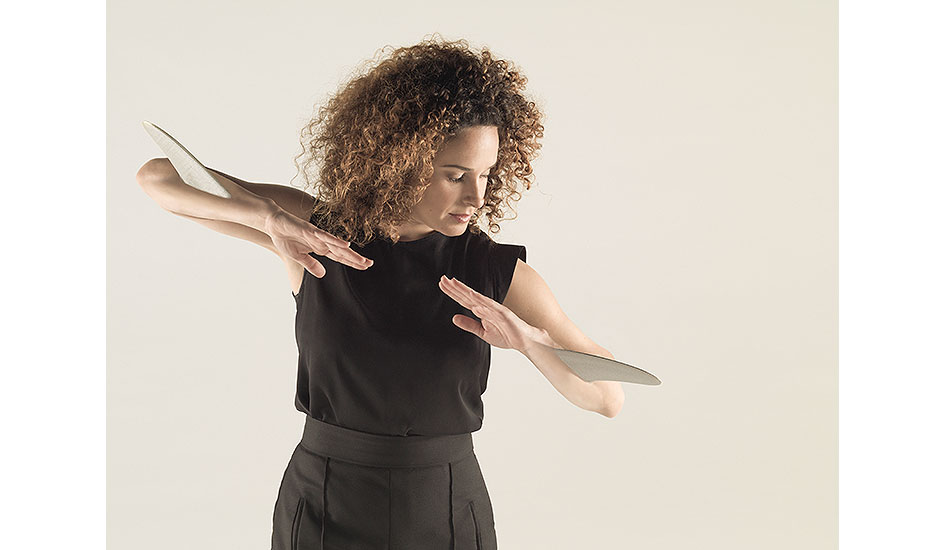 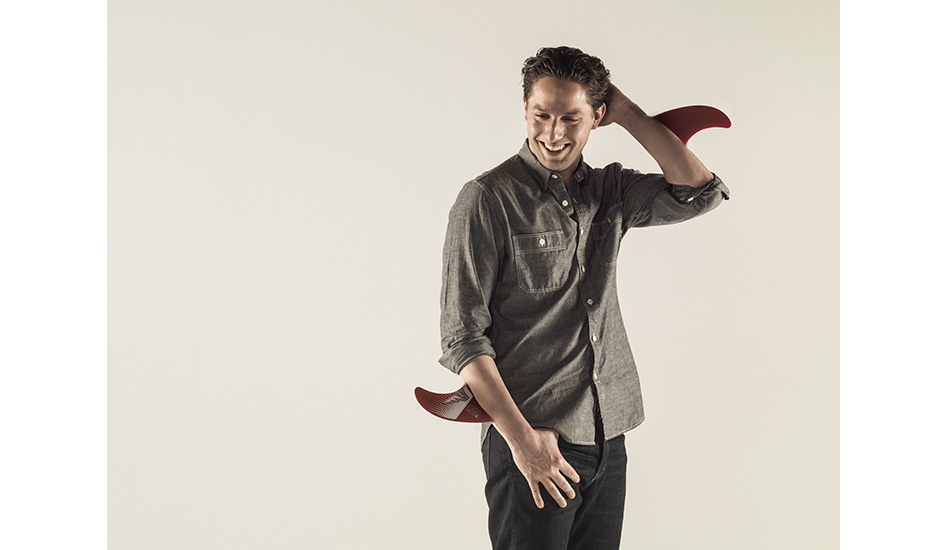 Steve Weinrib is the Co-Founder of Resurf, a non-profit organization that collects and restores discarded surfboards to donate to disadvantaged children while simultaneously providing them with lessons and mentoring. Photo: Alberto Guglielmi 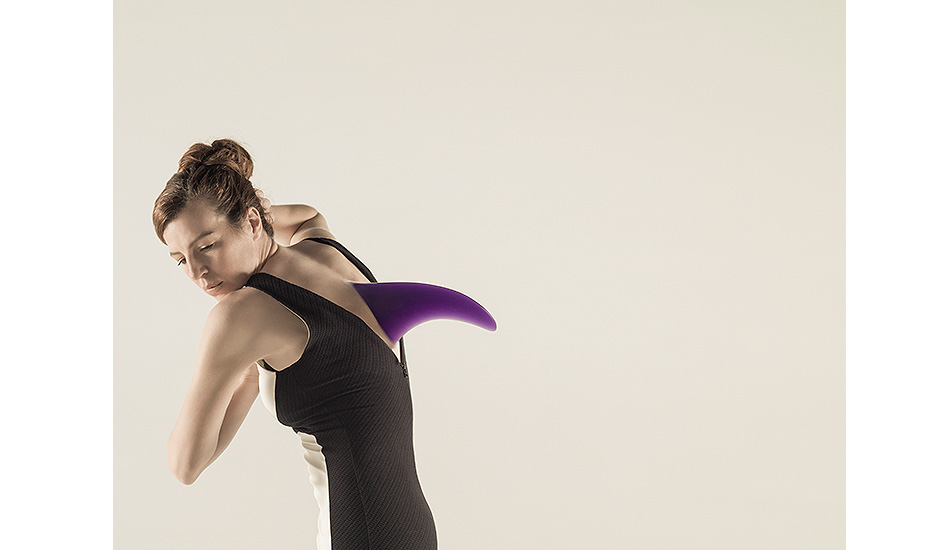 Tanna Frederick is an American stage, film, and TV actor. Her most recent work includes "Garner," "Just 45 Minutes from Broadway," "Queen of the Lot," and "Irene in Time." She also co-founded a clean water non-profit, Project Save Our Surf, with legendary surfer Shaun Thomson. Photo: Alberto Guglielmi

On June 5th, photographer and lifelong surfer Alberto Guglielmi will debut his unique portrait series, “Surfer DNA” at an exhibit in New York City. The exhibit will raise awareness of, and capital for, the ongoing needs of those most affected by Hurricane Sandy. By blending prop styling with technology, each image depicts the accomplished subjects’ tie to the ocean via surfboard fins emerging from their body. Alberto describes the project as, “a visual allegory for the change that occurs when someone becomes a surfer: it doesn’t just affect your life; it becomes part of your DNA. Whether in or out of the water, a surfer’s tie to the ocean is always present.”

In the wake of the storm, the NY-based photographer was drawn to help the communities surrounding the breaks where he surfs regularly–the greater Rockaway and Long Beach areas–and the idea for Surfer DNA was born. Alberto assembled a remarkable mix of creatives–actors, designers, photographers, filmmakers, chefs–a global community united through surf. Each of these participants, successful in their chosen vocation but surfers by avocation, have generously shared their likeness in an effort to support those affected by the hurricane.

The opening exhibit in New York City will showcase the full roster of 39 amazingly talented individuals from both coasts. The event will take place June 5 at the SoHotel Art Space (345 Broome Street, New York, NY 10013) from 6:00 p.m. – 9:00 p.m. A West Coast opening will be held in Los Angeles on June 13 at Aesthesia (12130 Washington Place, Los Angeles, CA 90066) from 6:00 p.m. – 9:00 p.m. The exhibit will then return to New York with an exhibit scheduled for early August at The Montauk Beach House.

An online auction via CharityBuzz will offer exclusive experiences provided by several of the most notable portrait subjects. Experiences include: a Cynthia Rowley Shopping Party Package, surfboard shaping lesson with Mike Townsend, a Fall internship with Zach Weisberg at The Inertia, five personal training sessions with celebrity fitness expert Adam Rosante, a personal portrait session with Alberto himself, and others. Each auction item will live on the CharityBuzz website from May 27 to June 21.

All proceeds from both the in person silent auction and online experience auction with Charity Buzz will help benefit the Waves for Water charity’s Sandy Relief Initiative. “Alberto’s vision is inspiring,” says Jon Rose, founder of Waves for Water. “And we are grateful to the roster of amazing and talented individuals who have come together to support this unique project.”

About Waves for Water’s Sandy Relief Initiative
Non-profit organization Waves for Water has coordinated a full-fledged Hurricane Relief Initiative in response to superstorm Sandy that has decimated the Northeastern seaboard. They are addressing the initial survival needs on many levels from first responder assistance to rubble removal and, ultimately, the rebuilding efforts. Their extensive experience with disaster relief that unique positions W4W to help organize, mobilize and deploy a strategic response initiative for the victims of Sandy primarily on the surf-based coastal communities. http://www.wavesforwater.org.