After Being Attacked, Jogger Kills Mountain Lion With Bare Hands 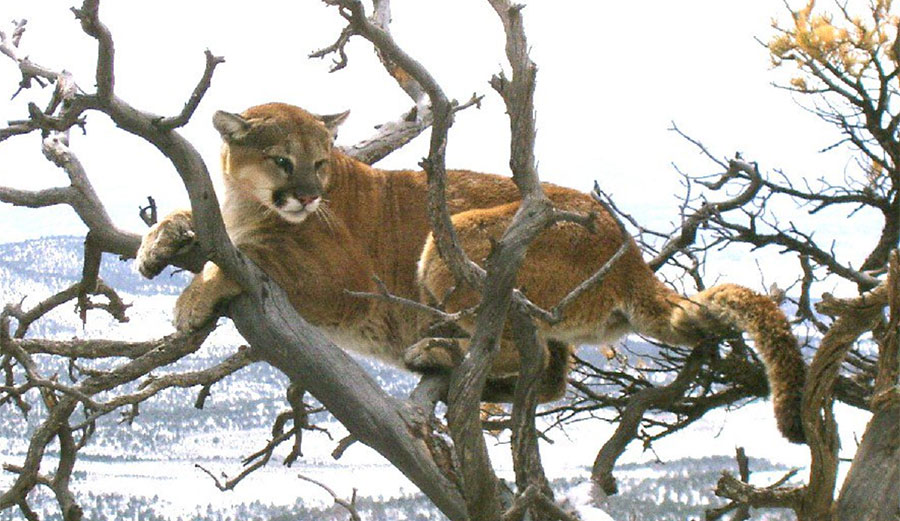 “The lion in this case was less than a year old, and we may be able to determine age a bit more tightly in the final reports. The cat also tested negative for rabies, which is very welcome news.” – Colorado Parks and Wildlife/Twitter

According to reports from Larimer County, Colorado a jogger who was attacked by a mountain lion managed to escape by suffocating the big cat with his bare hands.

On Monday, February 4, the man was jogging through Horsetooth Mountain Open Space when the attack occurred. “Mountain lion attacks are not common in Colorado and it is unfortunate that the lion’s hunting instincts were triggered by the runner,” Ty Petersburg, area wildlife manager for Colorado Parks and Wildlife said in a press release. “This could have had a very different outcome.”

The jogger, who has not yet been identified, told officials he heard something running up behind him. When he turned around to see what it was, the mountain lion pounced on him. After it bit his face and wrist, he was somehow able to break away, then killed it in self-defense. He then left the area and took himself to a local hospital, where he was treated for his wounds.

“We can let you know that the runner is doing well considering his ordeal, and will need a few days to decompress before deciding if he will speak publicly,” Colorado Parks and Wildlife wrote on Twitter. “We hope you all can appreciate and respect why he needs this time.”

When officials were made aware of the attack, they combed the area. There, they found the body of a juvenile mountain lion, less than a year old, near a pile of the jogger’s things. They took the animal to the Colorado Parks and Wildlife animal health lab for a necropsy.

“The runner did everything he could to save his life,” said Mark Leslie, Colorado Parks and Wildlife Northeast Region manager. “In the event of a lion attack, you need to do anything in your power to fight back just as this gentleman did.”