Grizzly Bear Attacks Man at a Remote Mining Claim in Alaska; Stalks Him for a Week Straight 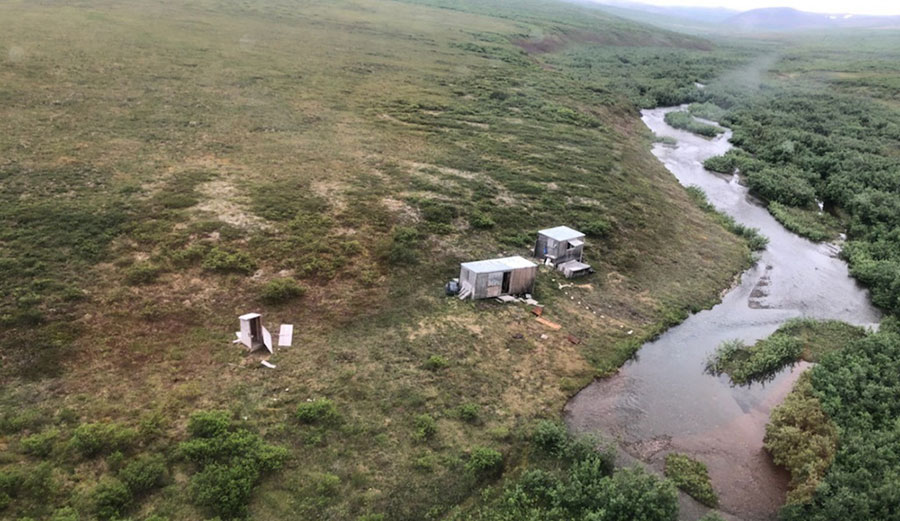 The remote mining claim where the Coast Guard found the victim of a bear attack. Photo: U.S. Coast Guard

The wilds of Alaska are a hard place to live. Beautiful, vast, and full of spectacular views, but hard. And according to reports, Richard Jessee found out first hand just what kind of dangers are lurking there. For a week straight, a grizzly bear first attacked him, and then stalked him day and night.

Jessee was staying at a remote mining camp about 40 miles from Nome, a small city on the southern Seward Peninsula coast of the Bering Sea. On July 16, a Coast Guard aircrew was flying an MH-60 Jayhawk helicopter from Kotzebue to Nome when they spotted something odd: an SOS sign atop a shack, and a man waving both arms in the air at them. When the crew looped around and landed nearby, they discovered that he had severe bruising on his torso and a leg injury.

“We don’t really come across people in the middle of nowhere. He was kind of struggling. When we came around, he was on his hands and knees waving a white flag,” Lieutenant AJ Hammac, a 35-year-old co-pilot who rescued the man, told the New York Times. “He definitely looked like he had been out there for a while.” 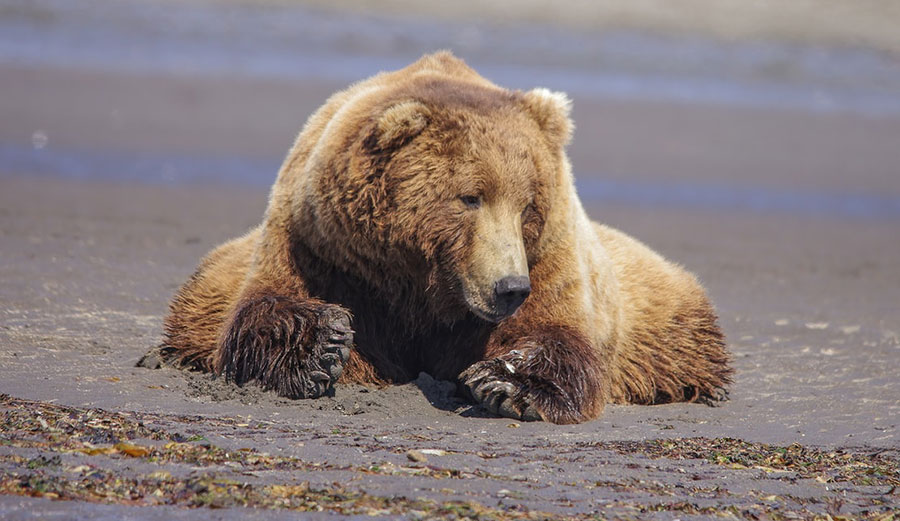 A grizzly Bear digging for clams on a beach in Katmai, Alaska. Photo: Unsplash

According to Lt. Commander Jared Carbajal, one of the pilots of the Coast Guard helicopter, Jessee had been attacked by the bear a few days prior to his rescue. Local media in Alaska reported that he was riding his ATV when the bear attacked him. Jessee was apparently towing a trailer and crossing a river when the animal found him. The ATV and trailer sank in the water, as did Jessee’s cell phone. The man was able to fire his pistol at the bear, which warded it off for the time being. But the bear then kept coming back to his place, stalking Jessee. “There was no doubt about it: the bear was trying to get into my cabin,” Jessee said. “I don’t know why it was so aggressive. Maybe it had cubs nearby.”

Jessee’s shack is near the mining claim. He’s extraordinarily lucky the Coast Guard happened to fly over him when they did. They had reportedly changed course a few minutes before finding him in order to avoid low clouds when Commander Carbajal and the co-pilot spotted him.

“(My co-pilot) said, ‘Hey, there’s a guy down there and he’s waving at us,’” Commander Carbajal recalled. “I said, ‘Is he waving with one hand or two hands?’ I said ‘Well, that’s usually a sign of distress.'”

They loaded Jessee up on the helicopter and transported him to emergency medical service personnel waiting in Nome, where he is expected to make a full recovery.