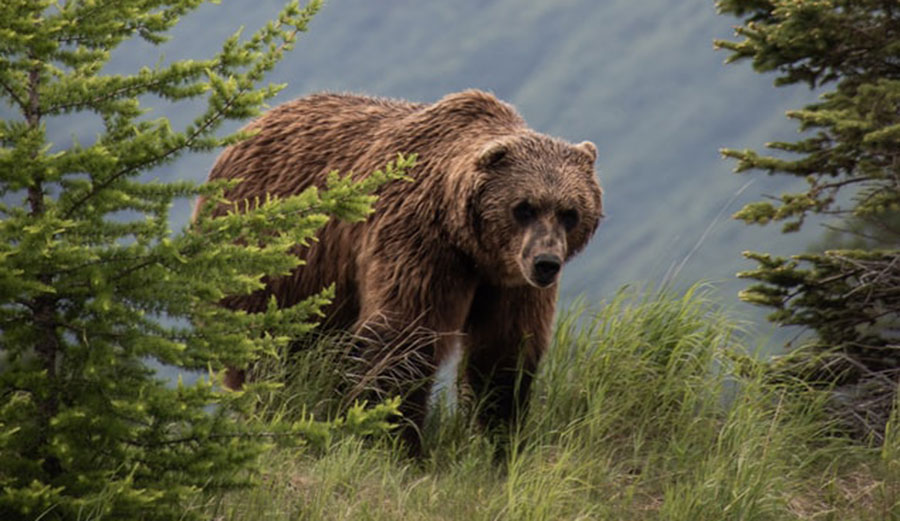 A grizzly bear pulled a 65-year-old woman from her tent and killed her on Tuesday morning. Photo: Unsplash

At just after 4 a.m. on July 6, a 65-year-old woman was dragged from her tent and mauled to death by a grizzly bear.

Leah Davis Lokan, who hailed from Chico, California, was on a long-distance cycling trip when the attack occurred. According to reports, she stopped in a small town called Ovando in western Montana for the night. Officials from Montana Fish, Wildlife and Parks (FWP) said that the bear first entered the campsite at about 3 a.m. Lokan, along with fellow campers in the area, woke up, moved food from their tents to a more secure area, and went back to sleep. Footage from a nearby business captured the bear, which was approximately 400 pounds, meandering down a street soon after that first encounter.

Then, at 4:15 a.m., other campers in a tent close to Lokan’s called 911. They were awakened by the sounds of the attack, according to Powell County Sheriff Gavin Roselles. The campers discharged bear spray and the bear left the area, but it was too late for Lokan. A helicopter was dispatched almost immediately, but as of this reporting, the bear responsible for the attack hasn’t been found.

“At this point, our best chance for catching this bear will be culvert traps set in the area near the chicken coop where the bear killed and ate several chickens,” Randy Arnold, Montana FWP regional supervisor in Missoula, told the Associated Press. FWP stated that if the bear is found, it will be killed.

Officials have the bear’s DNA, which will be compared to any bear that is captured. According to Greg Lemon, a spokesperson for FWP, bears involved in attacks are not always killed if they were protecting their young or were surprised. In this case, however, the bear involved is “considered a public safety threat because of the circumstances of the attack.”

Lokan, a registered nurse, was an experienced cyclist. This wasn’t her first long-distance trip. Her sister and a friend were with her on this particular trip. “She loved these kind of adventures. A woman in her 60s, and she’s doing this kind of stuff — she had a passion for life that was out of the ordinary,” Mary Flowers, a friend of the victim, told the AP.

According to the U.S. Fish and Wildlife Service, this is the third fatal bear attack in the area in the last two decades.