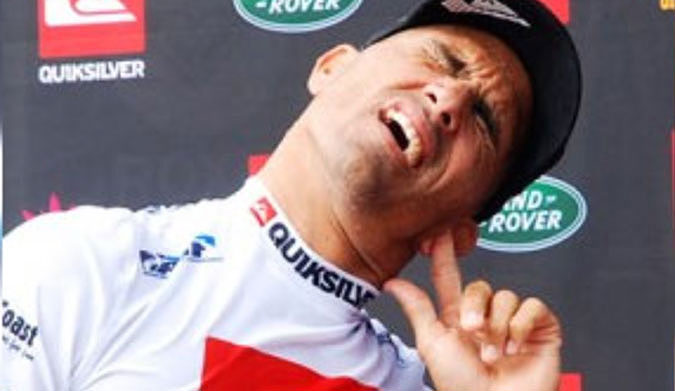 The study “found that the critical acceleration is on the order of 10 g, which may cause serious damage to the human brain.” Photo: WSL

If you surf, you get water in your ears. It’s one of those little annoyances that comes along with the fun, but new research has found that what you do to get it out could cause brain damage.

If you’re unlucky, all that water and cold air can turn into a whole bunch of spiny bone growths that require a doctor, a drill, and said doctor sticking said drill down your ear hole. So you shake your head to get that water out, don’t you? You’ve done it since you were a child. You jumped up and down on one foot, your head craned to one side, hitting your temple with a flat hand like a fly swatter slapping a ham. You shook your head violently up and down, that tiny bit of water stuck in there sloshing around like water in the hold of a leaky ship. And you could have been bashing your brain against your skull pretty hard in the process.

The study was conducted by researchers at Cornell University and Virginia Tech. They presented their findings at something called the American Physical Society’s Division of Fluid Dynamics 72nd Annual Meeting, which, judging by the name, was likely a huge, raucous party.

The authors of the study used glass tubes with different diameters that were closed on one end to represent the ear canal. They dropped the tubes onto a spring, which mimicked the way someone would shake their head to get water out. In short, they were trying to figure out how hard one needs to shake their head to actually get the water out.

“We found that the critical acceleration is on the order of 10 g,” the study’s abstract reads, “which may cause serious damage to the human brain. The critical acceleration tends to be much higher in smaller sized tubes which indicates that shaking heads for water removal can be more laborious to children due to their small size of the ear canal, compared to adults.”

Did you catch that? Serious damage to the human brain! It’s worse in children because of their tiny little ear tubes—the “critical acceleration” is higher in smaller tubes, so it’s harder for a kid to get the water out of their ear than some big-ear-tube-having adult.

Of course, as someone who deals with getting water in your ears, you know there’s more than one way to skin a cat, and the researchers who did the study are recommending that you skin your cat a different way. “Presumably, putting a few drops of a liquid with lower surface tension than water, like alcohol or vinegar,” Baskota said, “in the ear would reduce the surface tension force allowing the water to flow out.”