Why Does Competitive Surfing Have One of the Longest Off-Seasons in Sports? 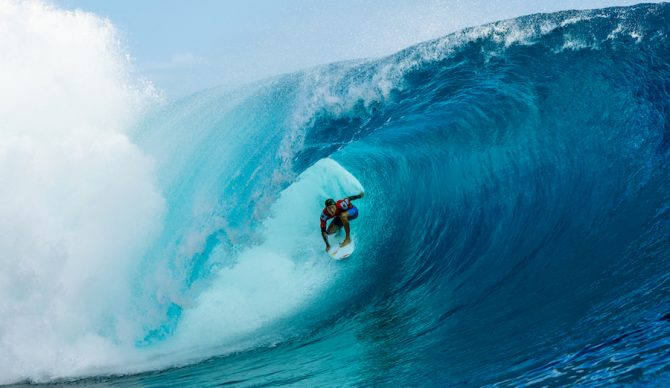 Tahiti in August was the last time we saw “regular season” competition from the WSL. Photo: WSL

The sport of surfing may have just gained another accolade: it could have the longest off-season in world sport. The official nine-event Championship Tour season drew to a close on August 21, 2022 with the Finals Day of the Outerknown Tahiti Pro. Considering the fact that I can’t recall where I surfed just last week, I had to look up the winners. For the record, it was Courtney Conlogue and Miguel Pupo. After that, the top five men and women were siphoned off to surf in the WSL Finals.

They finished on September 8, 2022 and I do remember that Gilmore and Toledo were crowned world champions. And so what next for 40 of the world’s best men and women surfers, the sport’s bonafide superstars? Those contractually signed to compete under the World Surf League umbrella and the platform on which the governing body’s model is based. Well, their next CT engagement isn’t until January 29, 2023 at the Pipeline Pro.

Not so much a case of cooling the jets, but putting surfing’s hot rods into a deep freeze. Very few other sports allow their prized assets, (the athletes), to simply walk away from the tent for almost half a lap of the sun. The MLB takes less than five months off, while the NBA and NHL both rest from the beginning of June until the end of October. The English Premier League, the world’s biggest soccer franchise, finishes at the end of May and restarts less than three months later. Formula 1 engines are cut at the end of November and roar back into action in March.

Only the NFL can compare with surfing’s current hiatus. There is a seven-month gap between the Super Bowl and the next’s season’s opening game. However, the continued growth in the offseason, revolving around the draft and free agency, has created a whole new business model. Whether Kanoa Igarashi has resigned with Ocean & Earth doesn’t quite attract the same level of interest.

It’s worth pointing out that all these are traditionally seasonal sports. Surfing, as you well know, is practiced year around, all over the world. Also, a baseball or basketball star can’t exactly go and play competitive matches in their time off. Surfers, on the other hand, can go and film and broadcast their freesurfing. The WSL has effectively given their prime assets six months and a license to go and create and monetize their own content.

That was enough time for John John Florence to circumnavigate the Pacific on a solar-powered yacht, or for Griffin Colapinto to make a feature-length movie. For all we know, World No. 6 Miguel Pupo could have built a rocket and flown to the moon. Now the WSL is fundamentally a broadcasting and content business. So to sign away your rights to your key content creators for half the year seems pure madness. Building narratives, another key plank of storytelling and engagement, is also difficult when competitive rivalries have been put on ice.

Now sure, the surfing machine has continued to punch on, all be it with one arm tied behind its back. The Challenger Series, initiated as a quick end-of-year fight for promotion, has morphed into a seven-event, eight-month-long grind. In the last CS event in Haleiwa, only a sprinkling of the sport’s elite Championship Tour surfers competed. Again, that the only Hawaii WSL event and broadcast available for surf-starved fans didn’t feature Toledo, Slater, Gilmore, Medina, Ferreira, or Tyler Wright is ridiculous. I’d guess most of the interest and eyeballs came from the appearance and victory of John John.

The Vans Pipe Masters, an invitational but WSL-sanctioned event, is done and dusted. Yet John Florence and Kelly Slater didn’t compete, joining a host of current and former world champions. That’s as close as we’ve come to CT-level competition in recent months.

Now scheduling all the tours can’t be easy. The introduction of the cut and the WSL Finals, which I’m broadly in favor of, add further logistical issues. I’m also aware of the historic “issue” of Hawaiian contest permits that has made life more difficult in trying to plan the CT calendar.

And yet surely it’s within the realms of possibility that surf fans should be able to watch their favorite surfers compete beyond the months from February to August? Surfing might have the longest off-season in sport, but that’s a record no surf fans, or the WSL, should be happy about.