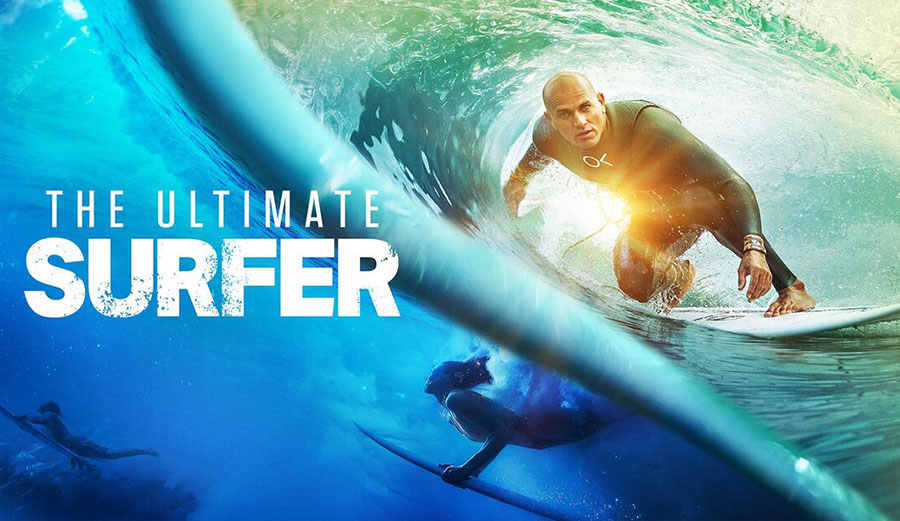 Oh, it was good. But it could have been better. Here’s how. Image: The Ultimate Surfer/ABC

I love it mostly because I hate it so much. I don’t know what it is about me that makes me enjoy so thoroughly hating something, but it’s in me. The Bachelor, Bachelor in Paradise, Too Hot to Handle? Oh yes, I hate them with a fiery passion. Hotter than a thousand suns. Deeper than Atlantis. The joyous hate I feel when I’m watching these shows that scrape the bottom of the entertainment barrel sits in my stomach like a deep, bubbling cauldron of vomitous bile.

I yell at the screen, slopping shitty red wine on the couch. Spittle flies from my mouth, covering my dog, who lies cowering at my feet, glancing up at me nervously every now and then. I assure him he’s not who I’m mad at and resume flecking his back with the wine spewing from my mouth. Given my feelings, I was assigned to cover each and every episode of The Ultimate Surfer. My initial title suggestion for the coverage was The Ultimate Suffering, but that was shot down very quickly. I was reluctant, yes. Excited, also yes.

In case you didn’t see The Ultimate Surfer, let me give you a quick rundown. A handful of surfers, including Anastasia Ashley, Kai Barger, Malia Manuel, Koa Smith, Zeke Lau, Tia Blanco, Mason Barnes, Austin Clouse, Brianna Cope, Luke Davis, Kayla Durden (no relation to Tyler, I’m assuming), Alejandro Moreda, and Bruna Zaun, all went to Kelly Slater’s Surf Ranch. They were competing for $100,000 and wildcard spots on the World Surf League Tour, and to win, they had to finish a bunch of strange, vaguely surf-related challenges and beat the others at actual surfing. Zeke Lau and Tia Blanco won, which was testament to the fact that The Ultimate Surfer is actually a viable way of finding out who the best surfer is.

But now that the show is done and I’ve calmed down a bit, I have a few ideas on how to make it even better. Or, if I could have it my way, make it a show that I can hate more. That, as I explained in an earlier recap, was my main issue. I didn’t hate it enough. The people on the show were too nice. They smiled at each other and wished each good luck and celebrated when someone won something. Even Anastasia Ashley and Malia Manuel, who were cast as the show’s catty villains, weren’t nasty enough. So here are five things that I think would (will, if they take my advice) make The Ultimate Surfer way better.

Sure, the Surf Ranch is a good place to ensure that there will be waves. Consistently good waves, at least. But if the contestants were to stay in a beautiful villa like the one in Bachelor in Paradise, things would be far more interesting. The challenges would be far more varied. Spearfishing! Rock running! Deep dive challenges! Underwater wrestling, as hosted by Laird Hamilton! The possibilities are endless.

2. Make the Challenge Winners Go on Dates With Each Other.

We all know that reality television is built for one thing and one thing only: to match horribly shallow people hook up with other horribly shallow people under the guise of romance. Either that or forcing them to eat elk penises, a la Joe Rogan and Fear Factor (in an ideal world, it would be both). And, since it’s reality television, the producers (I’m guessing at this) at least take the overall looks of the contestants into consideration.

They likely wanted beautiful surfers, with thick, curly hair like Malia’s and knife-sharp cheekbones like Koa’s, triangular waist-to-shoulder ratios like Zeke’s and toned, sculpted bodies like Tia’s. Yes, beauty is subjective and in the eye of the beholder and all that, but it should be fairly obvious to anyone with eyeballs that average looking humans need not apply to most reality television shows. Sexual tension! Faces in butts! So next time, force the challenge winners to go on horribly awkward dates.

3. Throw In a Few Wildcards Along the Way.

How great would it be to watch the contestants on The Ultimate Surfer have to surf a heat against Kelly Slater? Filipe Toledo showed up once, but he was basically there to show them how much better he was. Everyone assumed he was there to give them tips on aerials, but really, Toledo just showed up to flaunt it. A bit of Gabriel Medina would go a long way. A bit of Italo, too. Get the Top 5 to routinely drop in and smash The Ultimate Surfer contestants, just to keep them humble. Or, if they win, balloon their egos!

This one’s probably not the safest idea, but let’s face it: contests are better when the waves are macking. Code Red, right? Big enough to call a halt to a contest is the best contest size there is. There’s a way to do it relatively safely, too. Float vests, tow-ins, safety crews on hand, ready to leap into action at a moment’s notice. As an added bonus, big wave surfers could make an appearance and talk about holding their breath and being weirdly calm in weirdly scary situations. Mark Healey, anyone?