The ‘Ultimate Surfer’ Premiere Intrigues, but I Want a Cringier Reality Drama 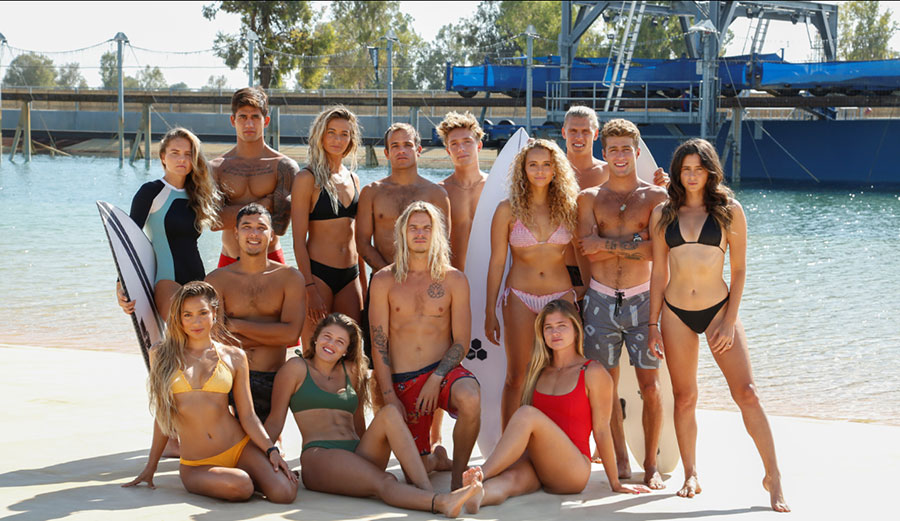 The cast of The Ultimate Surfer. Photo: ABC

I am a person who enjoys entertainment that is so bad it’s good. Give me something I’ll hate to watch, and I’ll love to hate watching it. It’s a new thing, sort of. I’ve always liked B-movies — I still, to this day, have a DVD collection of every movie that begins with “Dawn of the…” in a Tupperware container in our storage — but really, truly hate watching? That’s just the last few years. The Bachelor, The Bachelorette, Bachelor in Paradise, and, dare I say it, Love Island.

I hate them all so much. Which is why I was excited when I heard about The Ultimate Surfer. It was perfect: a reality show that I will inherently hate mixed with an activity that I love more than just about anything else, destined to be ruined by the realities of reality television? A show that will surely make me cringe so hard I disappear with a popping sound into my own chest? A show that will certainly ruin anything sacred still left in surfing? Oh yes, that sounds good. It sounds like self-flagellation at its finest.

If, by chance, you have hidden your entire body under a large boulder for the last few months, you might not have heard of The Ultimate Surfer. In short, it’s a show where a bunch of surfers go to the Surf Ranch and do surfing things, like playing spin the bottle without the kissing part. In the end, the best female and best male surfers will win $100,000 and a wildcard entry into three CT events. The whole thing is hosted by a man named Jesse Palmer, who Google tells me used to play football and now has perfected the Don Johnson fuzzy look.

The cast could be considered star studded, depending on your definition of a star. In the series premiere, Kelly Slater showed up via computer screen for a bit where he imparted a wisdom that will surely cement surfers’ reputations as a bunch of Spicoli characters. “Don’t fall,” he said, while the cast looked on, their eyes glimmering with pride that the GOAT was telling them how, exactly, he won 11 world titles.

Two cast members are gone now, since every episode sees two of them kicked off the show, but I won’t spoil it for you. There are a few who stand out from the rest: surfing-wise, it’s almost unfair to have Zeke Lau in there. While the rest are all talented, Lau is a CT surfer. Not at this exact moment — he missed his slot by one position at Sunset — but in his heart, he’s a CT surfer… and he surfs like one. Kai Barger, too, although he appears to have lost a bit of that shine he had when he won a World Junior Championship (understandably, because that was just over a decade ago). Koa Smith as well, but where Koa really shines in The Ultimate Surfer is that smiling mouth full of pearl-white teeth. A never-ending smile. He’s a helium balloon, endlessly floating upwards on a raft of positive energy.

Reality television has a script. A loose one, to be sure, but there are a few dependable ingredients: drama and a sob story. Both were present in The Ultimate Surfer’s debut, thank God. Malia Ward, Anastasia Ashely, and Brianna Cope, I think, don’t like each other and refused to live in the same Airstream trailer. Malia used to hang around with one of the guys, I can’t remember which now, which will likely turn into something interesting. Austin Clouse’s dad died of cancer, and apparently he wanted Clouse to be on the CT.

All in all, though, I was a little disappointed in The Ultimate Surfer. Not because the show wasn’t good. I was a little disappointed because it wasn’t BAD enough. All the characters are relatively likeable. The surfing is good enough. I wasn’t able to actively hate-watch it, which, as I said, is what I was looking forward to. Take Goddess Victoria (neé Queen Victoria) from The Bachelor and Bachelor in Paradise. I need her. I need her because my intense hatred for her is what keeps me coming back. It’s also what keeps me throwing the remote at the screen.

The Ultimate Surfer, however, is only one episode down. With any luck, I will learn to hate them all more.