5 Reasons Why Surfers Are Just the Worst 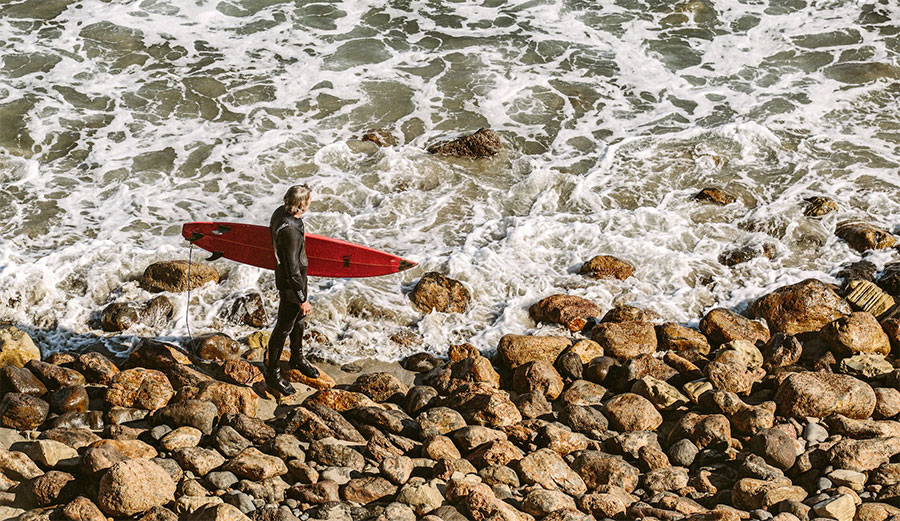 A surfer, contemplating why he too is just the worst. Photo: Unsplash

I love to surf. I love surf culture. I love surfers. I love the little things that make surfing and surf culture what it is. And those little things, a lot of the time, are absolutely ridiculous. Surfers take surfing so seriously, and surfing is not serious. Surfing is just sliding around on a wave, hoping to have as much fun as a human being can possibly have. We ditch our families and responsibilities in search of that fun. We dress up in funny skintight suits to poo-stance our way over little lumps of water, then we come home and bore our non-surfing friends with wildly exaggerated stories of our hard-charging exploits. We’re too cool to claim, because showing happiness could mean that we’re so used to getting barreled that it’s become commonplace. It’s all hilarious. We’re the worst, and I wouldn’t want it any other way. And yes, I realize that we don’t all have the following traits… but a hell of a lot of us do.

1. We’re selfish.
Surfing, you’ve likely heard, is an inherently selfish pursuit. Sure, there are a few people here and there who might, just might, enjoy watching other people get waves, but for the most part, we’ll take one wherever and whenever we can get it. We’ve all done it at some point, whether it’s back paddling someone “by accident”, dropping in on someone who we “didn’t think was going to make the section,” or simply paddling straight back out to the peak and dropping in as late as humanly possible, only to be overwhelmed with outrage when someone else “didn’t think we were going to make the section.” Oh, we’re selfish, alright.

2. We still glamorize violence.
I’m not talking about Michael Bay kinda violence, which is awesome. I’m talking about the crazy number of people (mostly on Internet forums, thank God), who gleefully shout from their keyboards that “kids need to learn the hard way,” and a good punch in the teeth is the best way to teach a person about dropping in. Full grown adults, clamoring about respect and slaps and “safety in the lineup” and smashing rocks through other people’s surfboards. Nah. Real teachers don’t beat the lesson into someone. They explain it with words, like a grownup.

3. We’re terrible for the environment.
Holy shit, surfing is bad for the world. While a whole pile of brands are indeed jumping on the green train, wetsuits and surfboards and stomp pads and leashes are all just terrible. We snap surfboards made of foam and covered in toxic glass, cover our bodies in neoprene, and, if we’re lucky, drive and fly and generally barf exhaust all over the place in an effort to get to somewhere with a different lump of water to slide around on while we talk about the importance of saving the ocean.

4. We think we’re the cool kids.
“If you don’t surf, don’t start.” Yeah, crowds suck. And yeah, it would be awesome if I was the only surfer on the planet. But I’m not, and the mentality that no one else should start because we’re already doing it is dumb. I like playing golf, too, and I hate getting log jammed behind a group of 200-year-olds who chose to walk instead of drive a cart, but I’m not slamming them for doing it. No one in golf is slamming them for doing it, and no one in golf is screaming that less people should take up golf because the courses are too crowded. Here’s a bit of food for thought: before we started surfing, someone else didn’t want us to start. Surfing isn’t some little exclusive club anymore, as great as that would be, and we’re all part of the problems we love to complain about so much. We’re not a tribe, you guys. We’re just a whole bunch of people who love to surf.

5. We’re liars.
Much like people who fish, surfers are extraordinarily prone to exaggeration. No, that wave wasn’t 20-feet. No, that barrel wasn’t as deep as you’re saying it is. No, you didn’t get above the lip, and no, you probably wouldn’t love to surf maxing Pipeline.