The Bluesmiths Paddle Imua Race is a grueling event. It’s a race held on Maui’s famous Maliko Run, beginning in Maliko Gulch and ending at Kahului Harbor. Following the island’s northern coastline, the whole thing is about nine miles in length, and it attracts some of the world’s best paddlers. SUP Magazine called it the “the holy grail of downwind paddling.” This year, on May 6th, a 13-year-old almost won it.

Finn Spencer weighs 80-pounds and stands at 4’11”. His competitors were experienced adult paddlers, but Spencer had an advantage that leveled the playing field: he was the only one in the event riding a SUP hydrofoil. It’s a new board class that was just added this year, and if Spencer’s performance on it is any indicator, there are going to be a lot more SUP hydrofoilers in the future. The teenager was riding a 6’3 board and spent most of the race passing everyone.

“Going down the coast I was picking people off and going as fast as I could,” Spencer told GrindTV. “Then a mile away from the harbor mouth, I passed the leader which was really cool.” 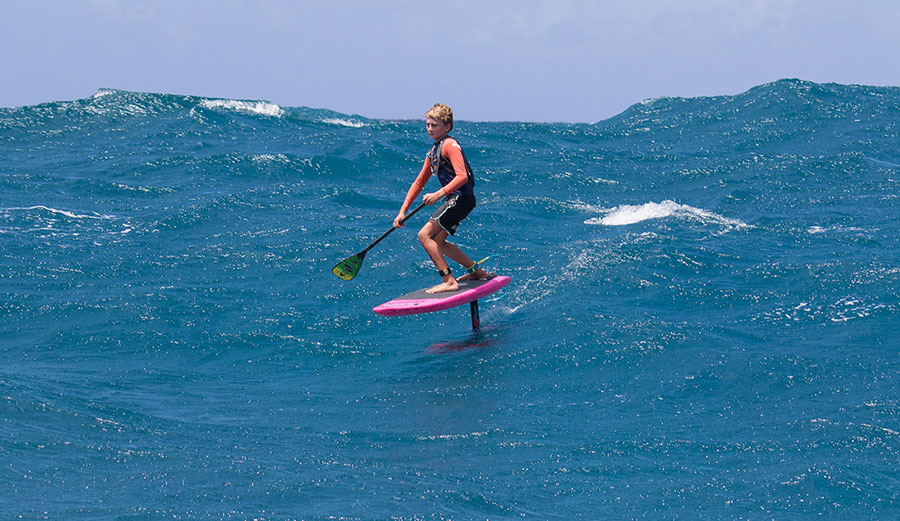 Finn spent a lot of time leading the pack on his SUP hydrofoil. Photo: SUP/Benjamin Kottke

His speed was due mostly to his board. Hydrofoils use the wave’s energy from under the surface, pushing the board and its riding above the surface. “There’s very little resistance to the water so you can pretty much go over the backs of bumps and just keep jumping over to the next bump,” Spencer explained. “On a race board, you couldn’t do that.”

Once he hit the harbor, though, the other paddlers had a serious advantage. The last mile was very nearly wind-free, and Spencer’s short board and teenage frame couldn’t beat the grown men on real paddleboards. Still, Spencer put up a good fight. He ended up in fifth place, with a time of 1:10:48. 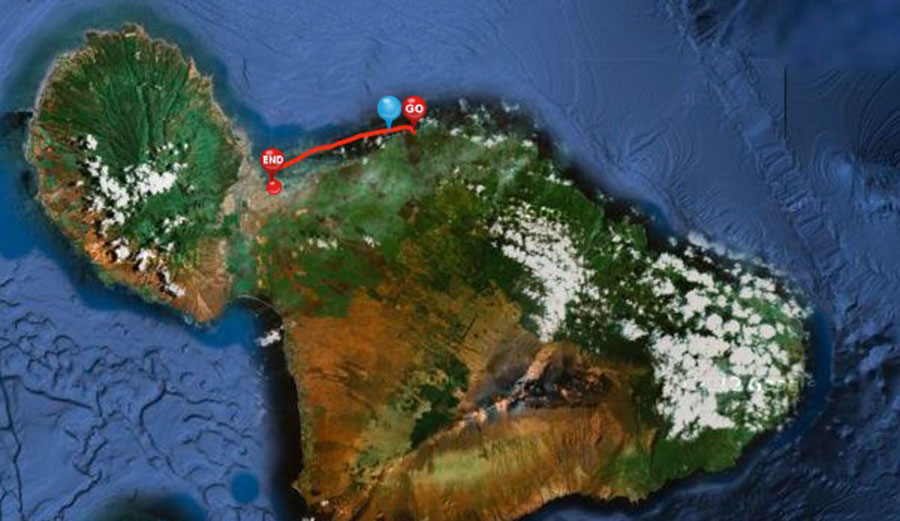 The Maliko Run is “the holy grail of downwind paddling.”

The race was only Spencer’s second time attempting the Maliko Run on a SUP foil, but he’s been putting in some serious time on the experimental surf craft. “You don’t need to be bigger or stronger to be on the foil,” he told Grind. “You just need a lot of practice and time on it.”

It should come as no surprise that Spencer’s mentor and training partner is none other than Kai Lenny. Lenny, who recently conquered a 50-mile crossing between Maui and Big Island called the Alenuihāhā Channel, often practices downwind SUP hydrofoiling on the Maliko Run, and it appears he’s passing his passion for it onto the younger generation.