All-Time: ‘These Are the Days That Make Me Chase That Perfect Lineup Shot’ 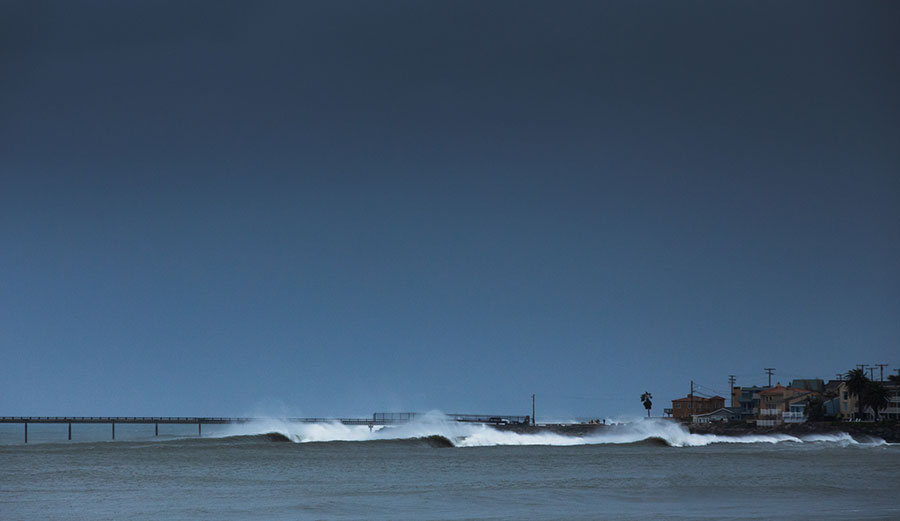 Photography is all about putting yourself in the right place at the right time. Paul Greene nailed both. Photo: Paul Greene

It could be easy to look at a photo and think capturing it was as simple as pressing a button. And while pressing a button is indeed part of the process, it’s the smallest part there is. It’s knowing light, knowing aperture, and, most importantly, putting yourself in the right spot to get a stunningly good image. Which, as you can see, accurately describes the one you see here. It was taken by Paul Greene, who recently won the Lineups portion of The Inertia‘s Film & Photo Challenge. This photo was submitted to the challenge, and it was so good we decided it needed to be featured in our All-Time series.

“The morning of this shot I had woken up full of anticipation to see what the ocean looked like,” Greene explained. “The night before, a storm was blowing in and it was supposed to bring a solid long-period swell down the coast with it.”

The storm did indeed do what Greene thought it was going to do. So, before dawn cracked, he crawled out of bed with an image in his mind.

“I got in the car in the dark and started driving down the wet debris-filled streets towards the ocean,” he remembered. “The sea looked dark and alive with energy, with a stiff south wind destroying most the spots in the area. As I made my way down the coast, this one wave caught my eye so I pulled over to take a look. For just about a half an hour or so, this point looked like something out of a Rip Curl The Search poster. I felt lucky enough to have been at the right spot at the right time to capture this rare moment before the storm moved in pushing a big south bump into the faces. These are the days that make me chase that perfect lineup shot.”