As Psychedelics Are Normalized, Should We Look at Surfing’s Experimental Past Differently? 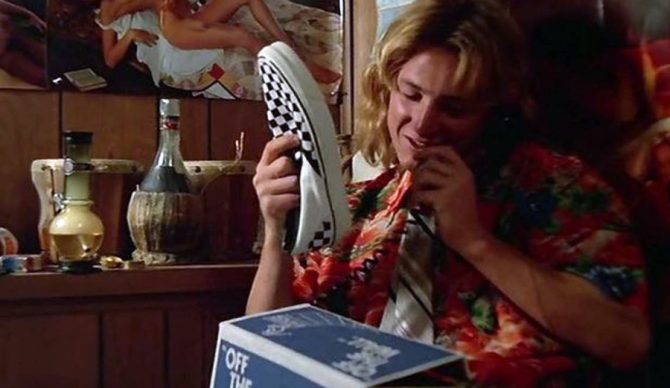 Surfing and psychedelics are, historically, inseparable. From the acid parties of The Brotherhood of Eternal Love to the shortboard revolution of the 1960s to the surreal, vibrant art of Rick Griffin and Drew Brophy, psychedelics have always been widely accepted by the surf community.

Psychedelics – including LSD and psilocybin (mushrooms) – did not receive a similarly warm embrace by producers in Hollywood. Independent surf films and mainstream media reflect experimental drug use in drastically different lights: think the themes of harmony and oneness found in Morning of the Earth versus the more deprecating depiction of the “surfer” in mainstream movies and television.

Jeff Spicoli, the cliché surfer-stoner character of Fast Times At Ridgemont High, is a prime example. Here, like many other Hollywood “surf films,” the surfer is shown as a shallow individual best known for smoking weed, caring first and foremost about catching “tasty waves” and “a cool buzz,” and having zero ability to reason about the state of the world beyond the conditions of his next session.

Looking more broadly over the past few decades, the stereotypical surfer has been portrayed as no more than a “beach bum”: an anti-establishment-minded individual lacking aspiration, failing to contribute to society, chasing waves rather than a “real” career and – gasp – experimenting with psychedelic drugs.

This fear of psychedelics is due, at least in part, to the propaganda of the War on Drugs beginning in the 1970s. Being anti-establishment was painted as “bad”, but what it really meant was disagreeing with consumerism, violence, and traditional gender roles — viewpoints hardly seen as radical or anti-establishment today. There is even a poster from 1915 that reads “it is nice in the surf, but what about the men in the trenches? Go and help!”

Though surfing has a complex political history, its acceptance of psychedelics is one thing it can always boast as now the tone surrounding psychedelics, and the people who use them, has changed. A lot. So should we view surfing’s history with psychedelics differently too? I’d say so.

Beginning in the 2010s, the drug decriminalization movement in America began. So far, psychedelics have been decriminalized in Oregon, Oakland, California, and Santa Cruz, California. Legal initiatives to decriminalize psychedelics are currently underway in 13 states. Outside of the U.S., St. Vincent and the Grenadines recently legalized all psychedelic medicine.

In 2017, surfer and public figure Kelly Slater endorsed Ayahuasca after tripping in Costa Rica. His reputation in the public eye seems to remain unaffected by this statement. 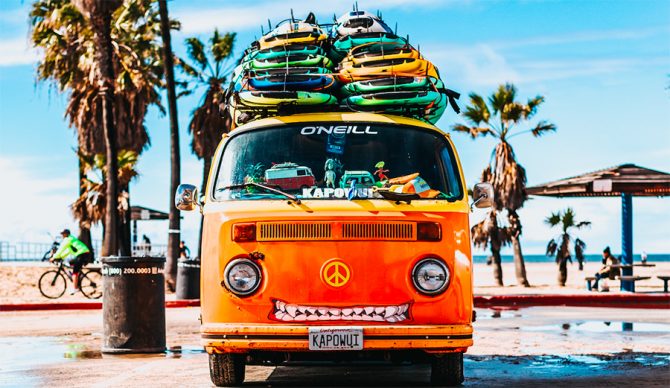 Psychedelics and soft-tops are cool now? Who would have thought? Photo: Tyler Nix//Unsplash

Regardless, the public opinion on psychedelics is certainly shifting. From the publication — and rave reviews – of How To Change Your Mind by Michael Pollen, a novel urging people to redefine their understanding of psychedelics through discussions on their potential medical benefits, to the appearance of psychedelic nature retreats and the “psychedelic future” of nature therapy on the cover of Outside magazine, there is no doubt about it: psychedelics are surging in popularity. They’re being used to treat things like addiction, trauma, depression, PTSD and more. And, with this surge, there’s an opportunity to reimagine our views: both on drugs and the way we categorize people.

For example, Timothy Leary is hailed as a prominent figure by both the surf scene and serious scientific researchers alike. Leary was the figurehead and high priest of the Brotherhood, but was also a Harvard lecturer boasting a Ph.D. from Berkeley. In other words, Leary was a hero to academics, mystics, poets, surfers, and druggies alike. His presence meant different things to different people.

This is generally how it goes: the way we see people is, for better or for worse, mainly a product of the political environment of the time. Like Timothy Leary, the same person in the right context can be seen as progressive and positive. In the wrong context, however, they become demonized.

When Leary told SURFER magazine in 1978 that “it’s perfectly logical… that surfing is the spiritual, aesthetic style of the liberated self,” his words were shunned by more conservative Americans, but celebrated by surfers and LSD enthusiasts at the time. Nowadays, his words are celebrated by a rapidly growing community worldwide.

Whether or not you agree with their usage, this is an opportunity to rethink the way we label people — and set societal rules –going forward. Laws are not morals, so try thinking for yourself: do you feel something is wrong, or do you think it is illegal? Laws change, documents are revised, politicians go in and out of office, and, most importantly, our own views are meant to change as we gain more life experience.

Surfing has evolved all the way from a countercultural activity to an Olympic sport. Now, psychedelics are seeing similar success and being accepted by the masses. The most progressive ideas are often ahead of their time.

As the psychedelic renaissance continues and formerly illegal substances become tools to help treat mental illnesses, let’s remember some of the people who started the conversation. Jeff Spicoli was an unfair characterization of surfers. But maybe some of the ideas he and real surfers stood for now deserve to be celebrated?