Barron Mamiya and an Unexpected Path to the Championship Tour 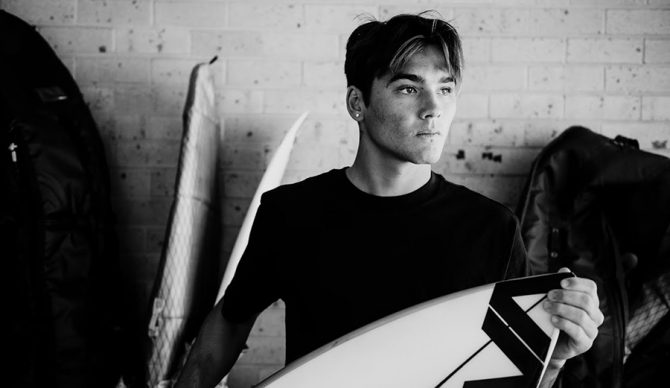 Barron Mamiya always knew he would qualify for the Championship Tour. He had faith his time would come. He just didn’t think it would happen in 2022.

Mamiya, 22, grew up on Oahu’s fabled North Shore, surfing every day after school with his dad. When he was six, he entered a local Menehune contest in Haleiwa and was hooked on the idea of competitive surfing. The usual drain of qualifying events followed.

In 2019, Mamiya was two spots off from qualifying for the CT – just on the cusp of making the big leagues. But then 2020. Contests were cancelled due to COVID-19 and in 2021, Mamiya was recovering from shoulder surgery. But things started to change. He put the world on notice when he absolutely killed it in Logan Dulien’s prize-money driven Snapt4, where he won the film contest but forfeited his prize after sharing his clips on social (oops!). But the respect was planted. ““Barron’s section was insane,” Jack Robinson told us regarding Mamiya’s film part. “Even though Barron didn’t win the money he should be proud of his section and the scores he got.”

Then the big break: Mamiya drew a wildcard to the Billabong Pro Pipeline.

“I felt that I was going to do really well at Pipe but then I lost early,” Mamiya said. “But then they ended up giving me the wildcard for Sunset.” 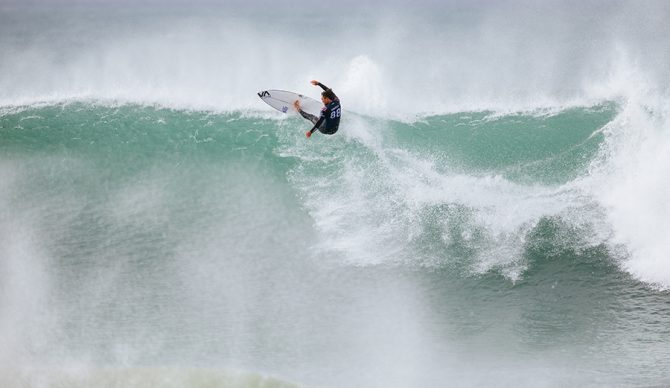 The kid belongs. Now he wants the results to reflect that. Photo: Beatriz Ryder//World Surf League

Mamiya went into the Hurley Pro Sunset Beach with no expectations. He wasn’t prepared for the contest (he’d been going straight at Pipe for weeks), nor did he think Sunset was a wave where he’d perform his best. But much to his surprise, he used that powerful rail of his to capture the most important win of his career. The victory bumped him to world number one, despite the fact that he wasn’t even on the tour.

“It was a crazy feeling, not being on the CT and then winning a CT contest and being number one in the world,” says Mamiya. “It happened so fast and it kind of took me off guard. But now, I’ve taken it all in and I’m super stoked to be in the position I’m in.”

Mamiya has been putting in hard work for years and every one around him knew his time was coming. When’s he’s home, Mamiya does a gym workout each day before getting multiple surf session in — yeah, he pretty much lives in the water. He puts in a lot of time at Pipe and regularly surfs Rocky’s when it’s small. He also works with his coach and manager Shaun Ward.

“I’ve always just stuck to my program and trusted that one day it would work,” says Mamiya, who has never really had a plan B. “I’ve always believed persistence is key, so I just kept doing the same things and eventually it paid off.”

Mamiya attributes his success at Sunset Beach to his North Shore upbringing. He’s developed a relationship with the waves there and knows that having the home field advantage worked in his favor. But now that Mamiya has made the mid-season cut and is officially on the CT (the kid basically created a backdoor route to qualifying), he wants more solid results to prove that he can succeed both at home and on the road.

The Hawaiian believes that one of his greatest strengths as a surfer is barrel riding, something he’s harnessed from years of surfing Pipe. Now that he’s traveling the world, he wants to be more consistent surfing smaller waves and point breaks, since there are a number of points on tour.

Mamiya is currently sitting at world number 15 and hopes to move up before the season’s done (with Teahupo’0 coming up, the chances are good). And while his results after Sunset haven’t been up to the level of his first CT win, he’s not putting too much pressure on himself. After all, it’s his rookie year and he wasn’t even supposed to be here.

“This is what I’ve been dreaming about since I was a kid,” says Mamiya of his rookie season. “I didn’t think it was going to happen this way, but I feel that I’ve been preparing for this my whole surfing career. I’ve been stoked to go to all the places, and see what it’s like — and hopefully more results will come.”