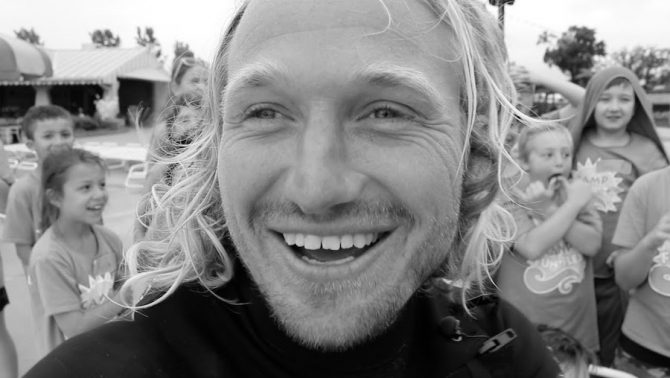 Ben Gravy, a man among the people.

This is the One Beer Podcast presented by 805, where I get to sit down and have a cold one with some of the best personalities in surf. Ben Gravy is one fine human. And he’s representing the surfing experience as well as anyone. Not with a radder-than-thou ethos, but with an openness tough to find these days. He’s willing to let all the warts, and bumps, and bruises be laid out for the public to see – making a living by being as real as possible. Remember when he had that emotional breakdown after getting worked on a river in Missouri? He let us all see it. That’s all part of his personal growth, which we get to witness as an audience. “I’m working on being a professional human,” he says.

Ben has experienced many segments of surfing culture – the hyper-competitive, industry-fueled angst of the North Shore during December, the quiet wilderness silence of tidal bore surfing in Alaska, and the rugged storm-fueled waves of Pennsylvania and the Great Lakes. And in each place, he’s found a culture that drives the stoke. That’s what he’s most about, he opines. “That guy surfing that river wave in Montana, he’s doing it,” he says,” he’s really doing it.”

I caught up with Ben in Laie, away from the North Shore chaos surrounding the Pipe Masters. He was pretty reflective, as we talked about his 50 states mission, how he combatted alcoholism and the movie being made about his life (stay tuned). You can see our catch up, below.

The One Beer Podcast is presented by 805.

Listen to our podcast with Nathan and Ivan Florence, here and our talk with Billy Kemper, here. Edited by Ryan Trautwein