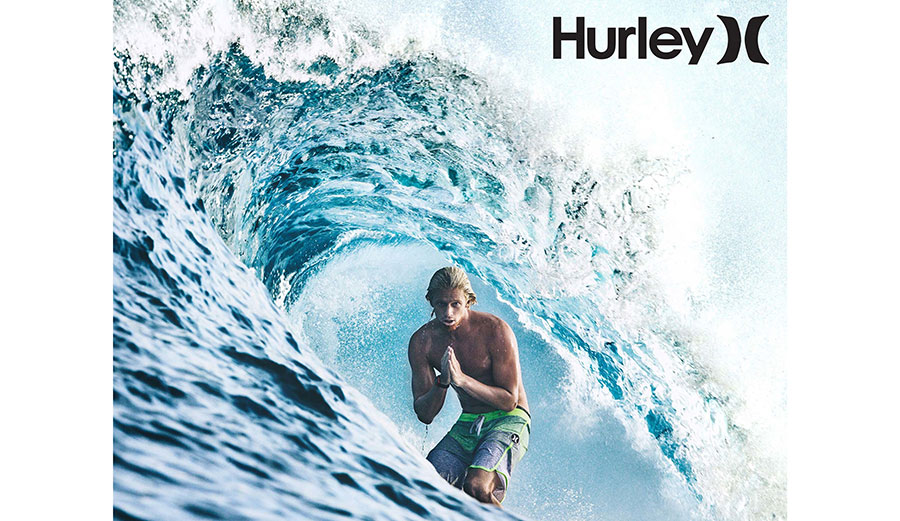 In December of 2019, Bluestar Alliance announced that it had closed the acquisition of Hurley from Nike. How much they got it for we’ll likely never know for sure, but things at Hurley started to change, and change fast. Up until now, Bluestar has remained silent about one of the biggest shake-ups in the surf industry in recent memory. But on February 4, the Brand Management company released a press release that outlined its Hurley strategy.

The new Hurley announced it would be doing a little “restructuring of its corporate workforce to align its organization with the company’s go-forward strategy.” Which, as you may have guessed, is just syrup-speak for “firing people.” Within a few days of that announcement, 56 people were given their walking papers. Directly after Bluestar took Hurley under its wide wing, Hurley athletes began dropping like flies (or flying away altogether). “This was a very difficult decision that had to be made in order to implement a sustainable plan for long-term growth,” said CEO Joseph Gabbay in a statement. “We could not continue to replicate the prior model, but that does not mean we don’t respect the brand, its culture or the people that have helped build it. No one wants to have to make these difficult decisions, but they were necessary if Hurley was to go forward.”

Bluestar bought Hurley for a reason. It wasn’t to give people jobs or make the world a better place. It was because the higher-ups at Bluestar thought they could turn a profit off it — which shouldn’t surprise anyone. It’s not a secret or a bad thing, either. It is, after all, what businesses do. It says so right on the website: The firm’s investment mandate is to identify and purchase consumer brand companies where it can leverage the brand equity and expand its current categories to a broader consumer base.

There are some smart people working there, too. They did their due diligence and created a plan of attack for how they were going to run the company. “When we acquired Hurley we outlined three priorities,” said Ralph Gindi, Chief Operating Officer. “Changing the trajectory of our overall Surf business; developing and right sizing the Hurley marketing strategy while expanding the focus beyond surf–into Skate, Snow, Music and Art; and finally, putting the best in class licensing partners in place to expand the brand footprint into a full lifestyle brand. Under the previous ownership, Hurley spent years focused only on product in the Surf arena. With the current strategy, Hurley will have the opportunity to broaden its category base into a 365-day-a-year brand, across Men’s, Women’s, & Kids.”

What the new Hurley won’t be doing is changing how the product is sold. Hurley will still be in the same stores in the same places — which, one could assume, is an attempt to keep Hurley’s legitimacy as a core brand at least partially intact. “Honoring the better retailers is our number 1 priority,” Gabbay explained. “The quality of the product will continue to be the best in the market, and the retailers we work with will remain within the scope of the current Hurley customers. While the plan is to grow more broadly and diversify the product categories, the intent is to have Hurley remain a premier resource in Surf and beyond.”

As far as athlete sponsorships go, Hurley is well aware that surfing is making its Olympic debut this summer, and that’s not a gift horse’s mouth it’s going to look at. The brand is holding onto a few of its big names like Kolohe Andino, Julian Wilson, Filipe Toledo, Kai Lenny, and Koa Smith, but it’s going to expand into different worlds, as well. “We will continue to focus on major competitive sponsorships in Surf but will be looking for other action sport initiatives,” Gindi said. “Tying in the right athletes, celebrities and influencers, in an inclusive way, is our goal. We want more, not less. There are several exciting deals in the works that we will announce over the coming weeks.”