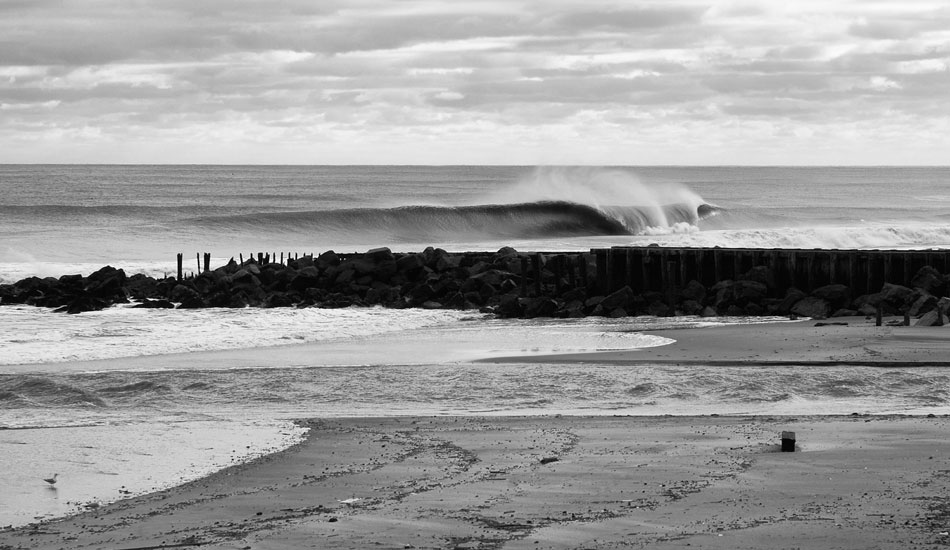 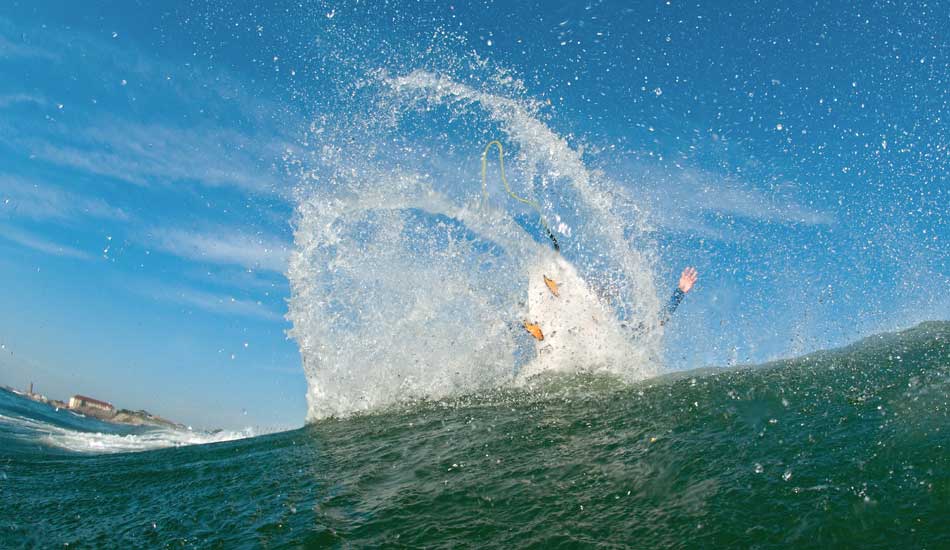 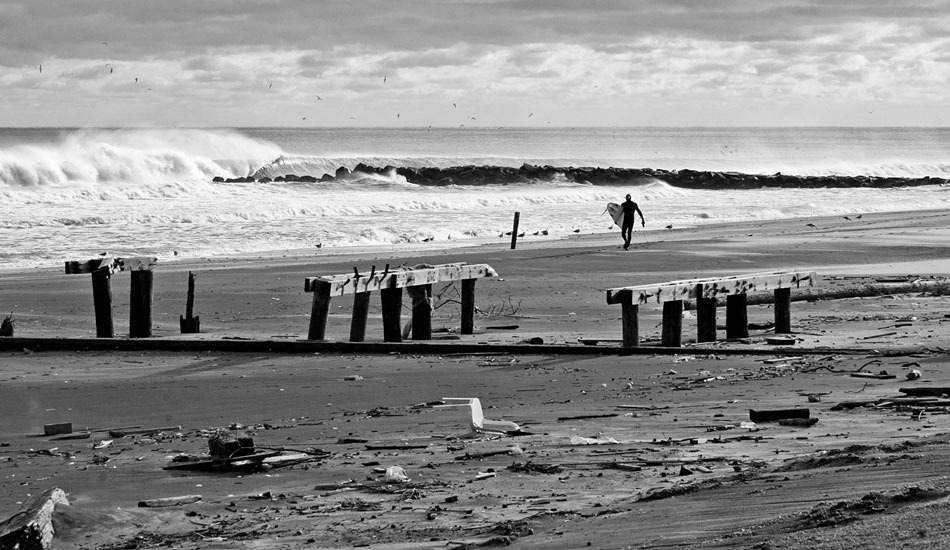 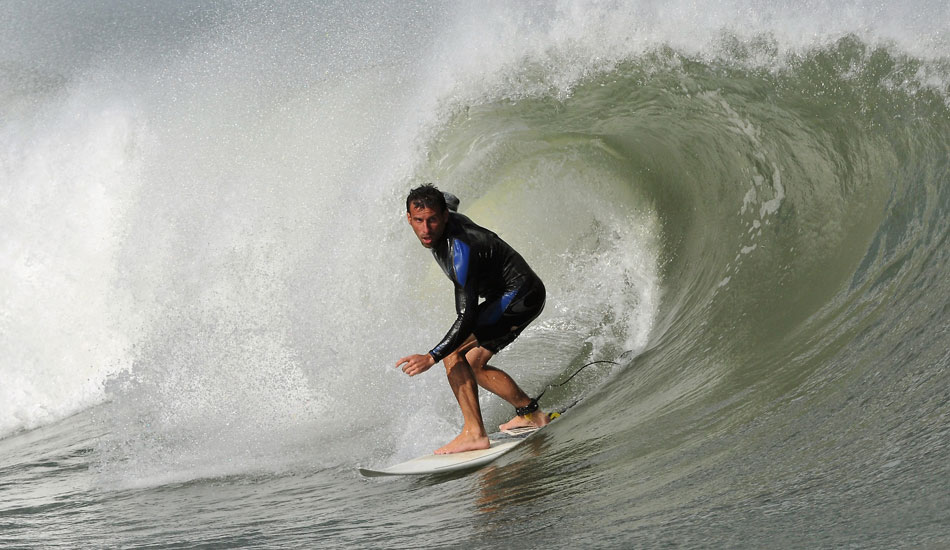 The shot that really started it all for me. Jim Leone during Hurricane Earl in Deal, New Jersey. Photo: Robert Siliato 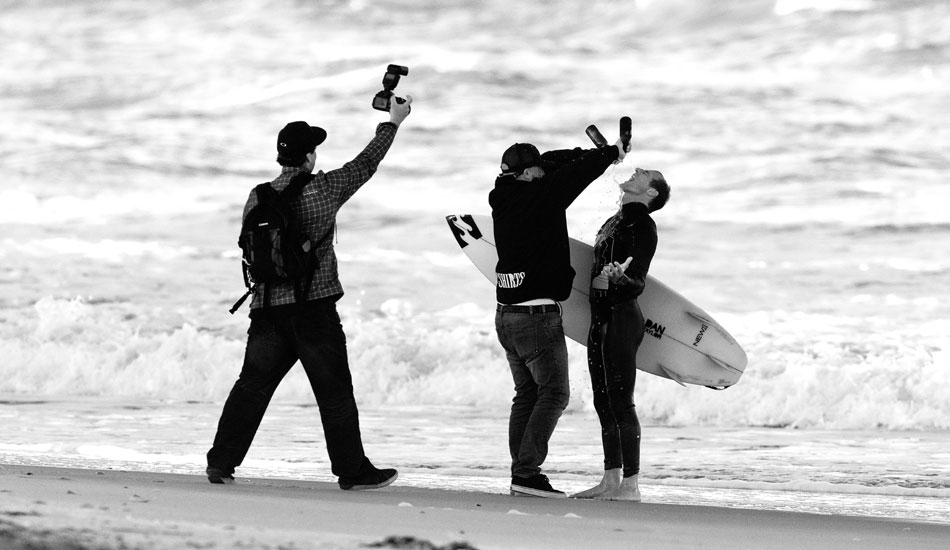 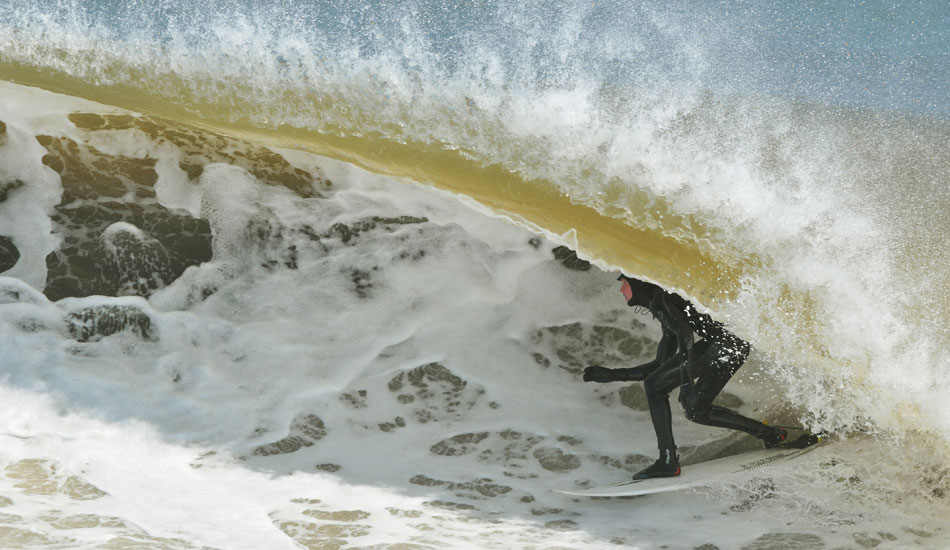 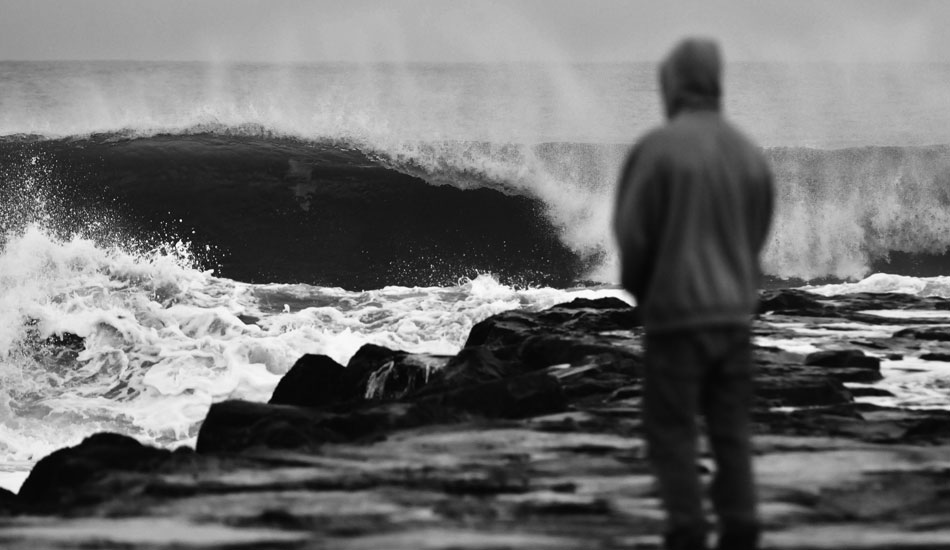 Surfer contemplating whether it's worth it to run back to the truck and put on the 5 mil. Photo: Robert Siliato 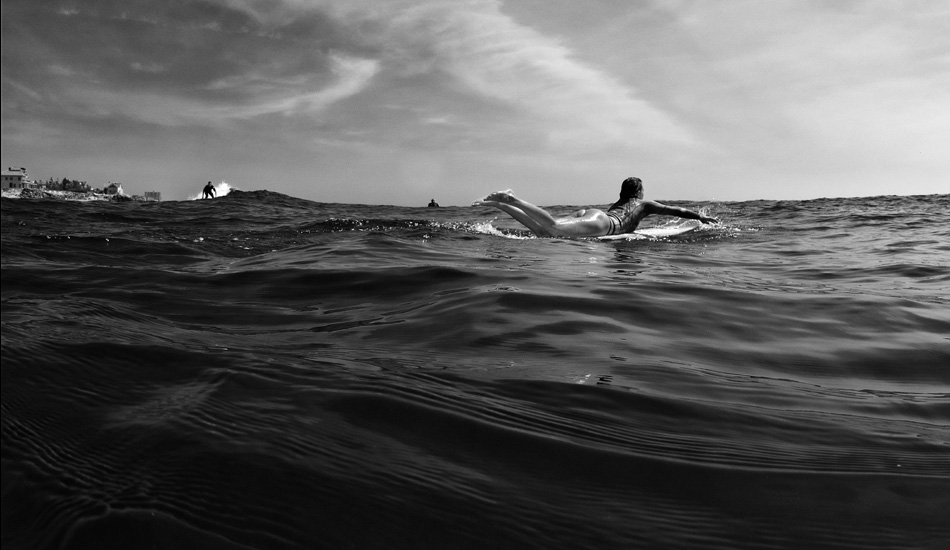 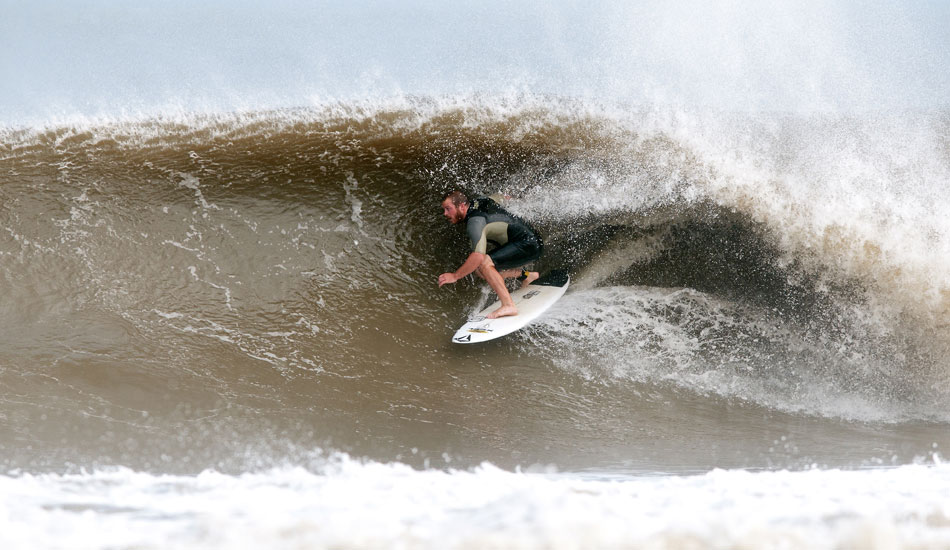 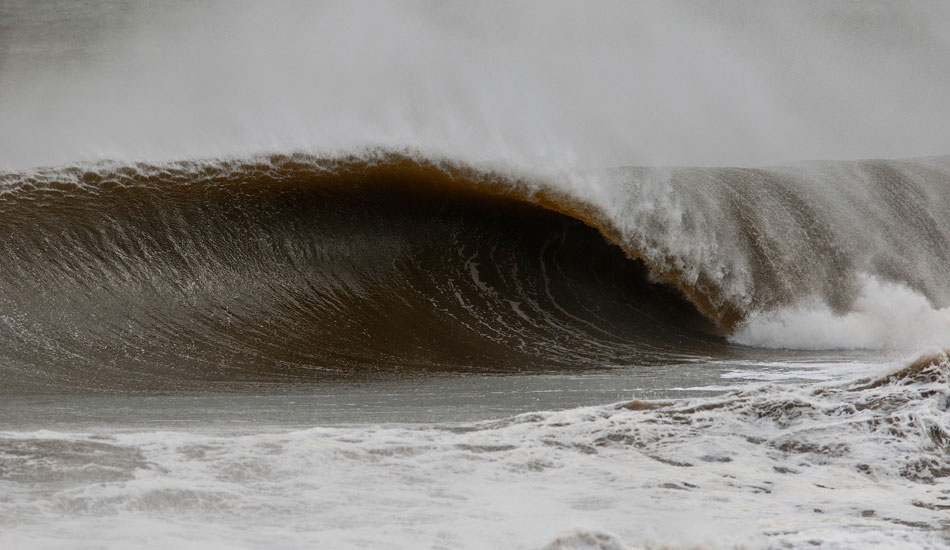 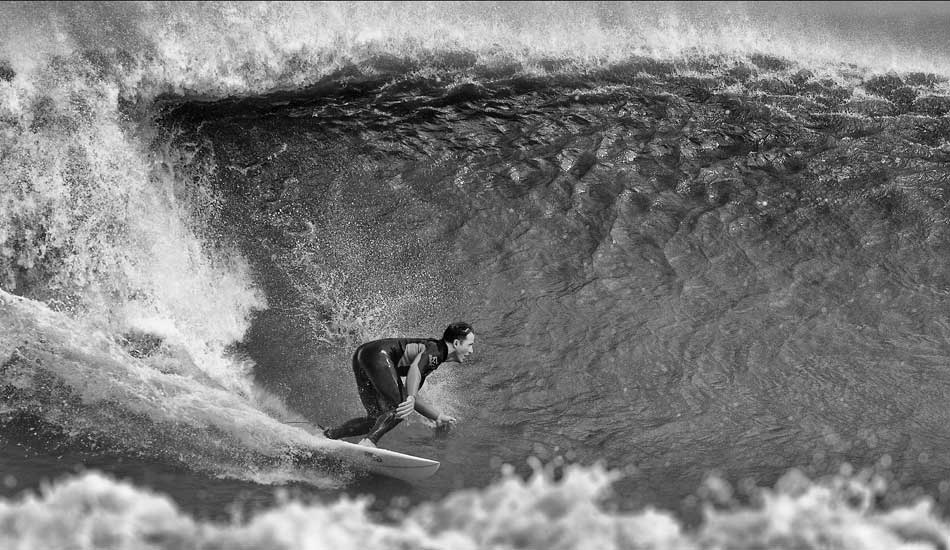 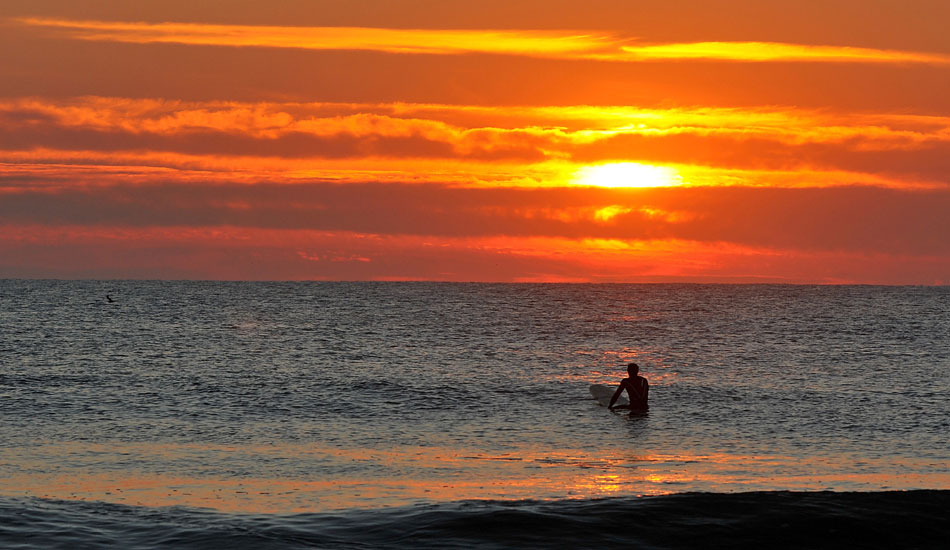 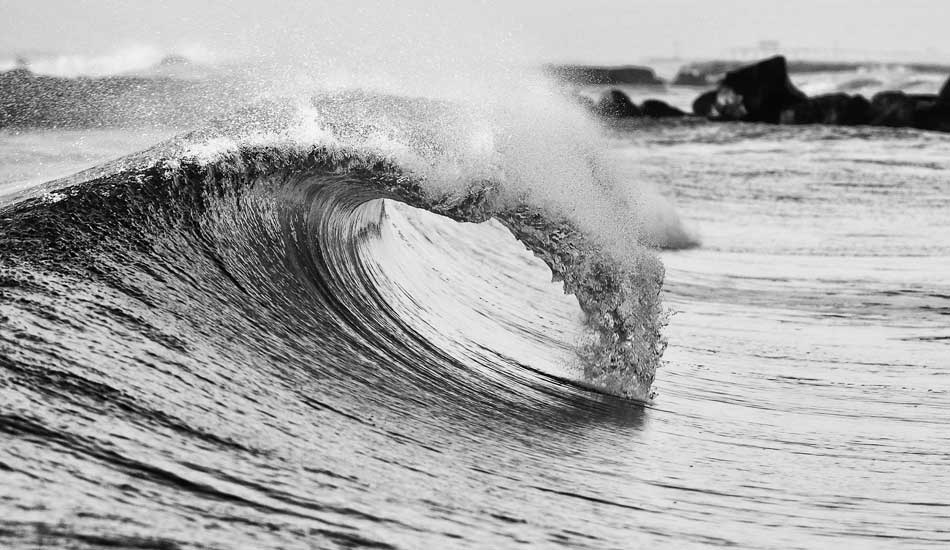 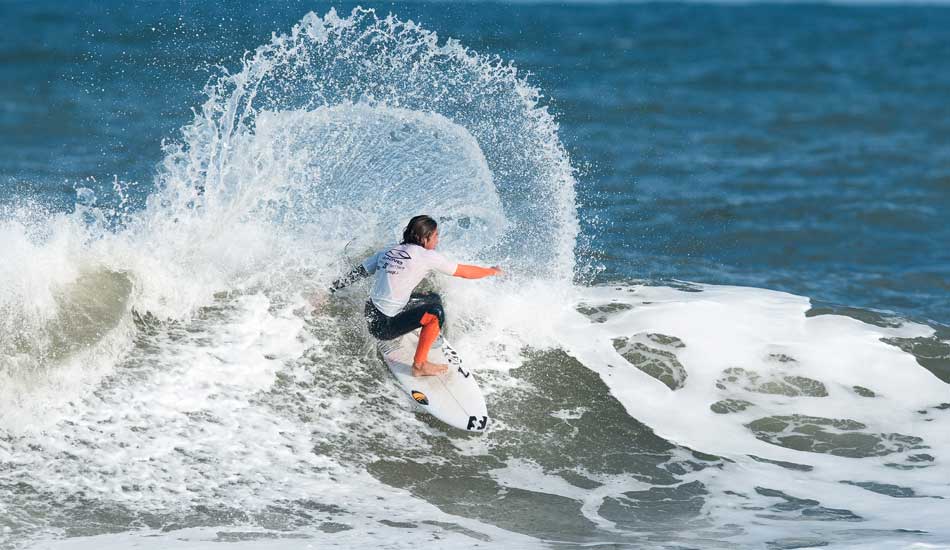 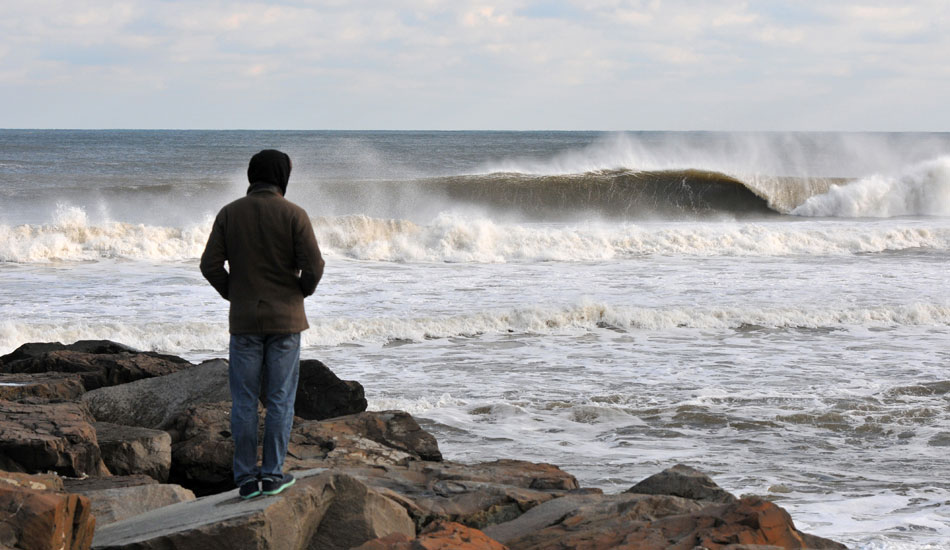 December brings some much needed swells after a lackluster fall in New Jersey. Photo: Robert Siliato 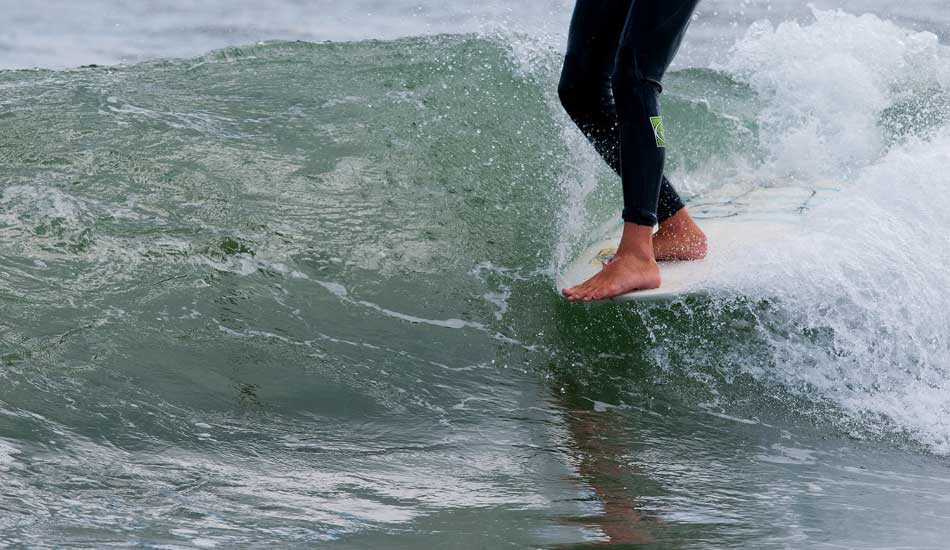 JJ Eagan with 5 toes over during the 2013 Belmar Longboard Pro. Photo: Robert Siliato 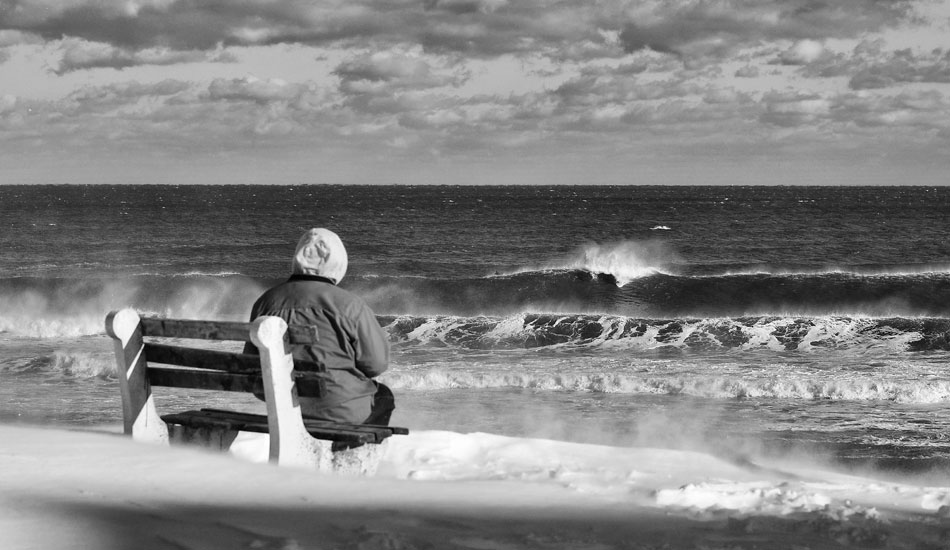 A true friend is someone who watches you surf in 15 degree F air temp and 25 mph wind gusts during a polar vortex. Photo: Robert Siliato 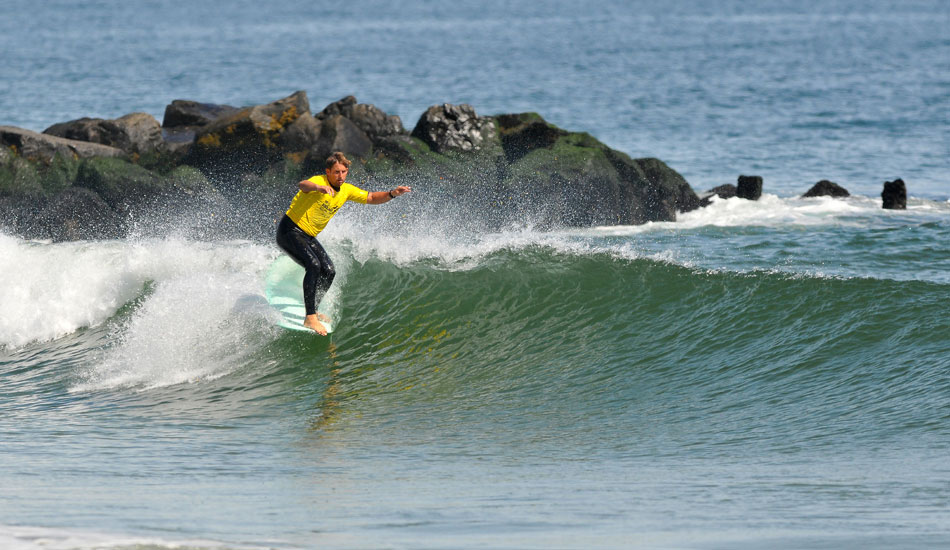 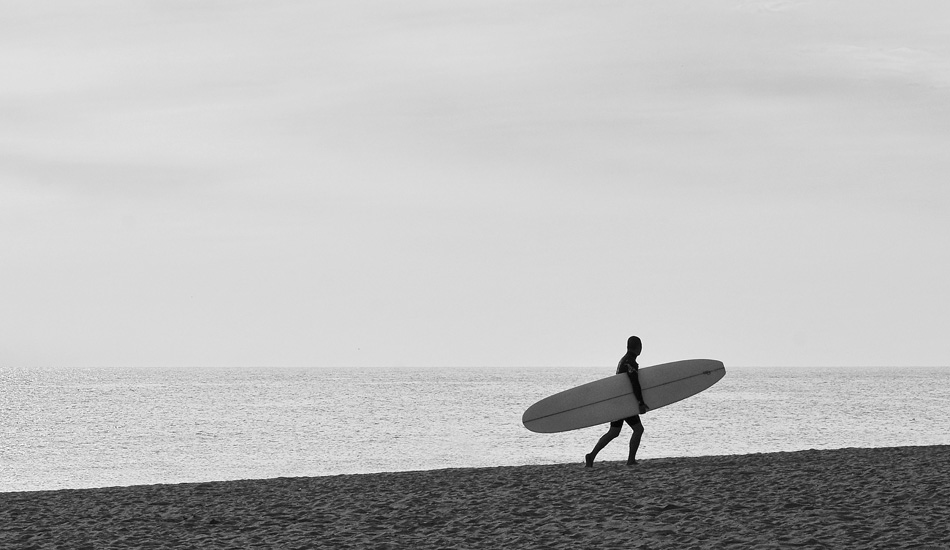 In search of waves on the Jersey Shore. Photo: Robert Siliato 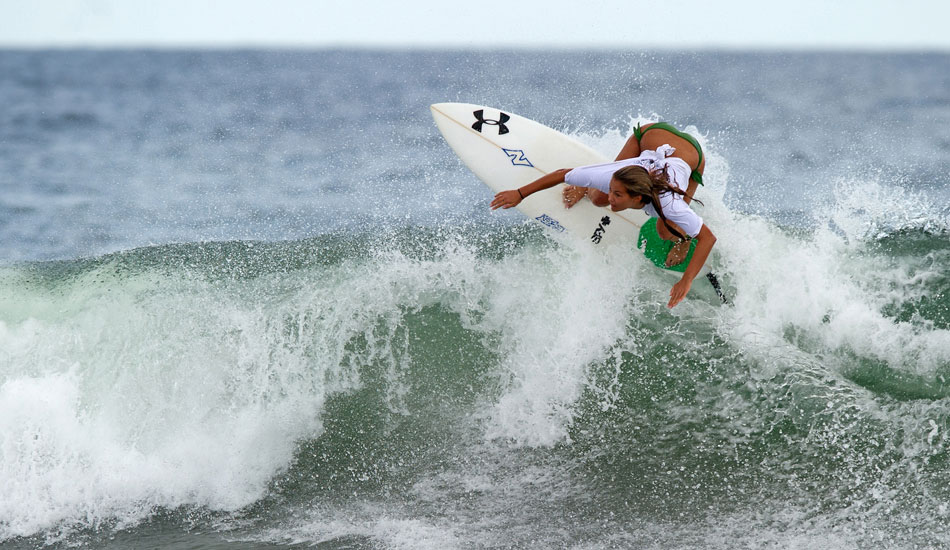 A portrait of the artist, Robert Siliato.

Throughout the past three years, an inordinate amount of great photography has been put in front of us. Gathering the best 18 portfolios of the year and putting on the Portfolio Challenge is one way we show some of that. Last year, the inaugural year of the Portfolio Challenge, saw Spain’s Lucas Tozzi take the win. This year, behind a strong group of New Jersey voters, Robert Siliato came out on top. We talked about how he got started in surf photography, what it’s like shooting a largely fickle area and his favorite image ever. Here’s what he had to say.

Congratulations on winning the 2013 Portfolio Challenge. How does it feel to win? Were you surprised?

Completely shocked. I just didn’t see it coming. I was hoping to so I figured I’d give it a chance and I won.

Well, of course I voted for myself, but I voted for a couple other guys too. I voted for most of the Jersey guys–Trevor Moran and Christor Lukasiewicz. I think all of New Jersey was pulling for us.

Ah, the Jersey contingency sticks together.

Yep. Y’know, it’s rough because we don’t have the bluest water or greenest water or even nice water to be honest with ya. You have to do what you can to promote your home state.

What’s it like to shoot in inconsistent conditions that so much of the East Coast is subjected to?

You learn real quick. You learn what gear to bring–rain gear–you learn to bring heavier coats, extra batteries, extra memory cards. You just learn to adapt real fast. Honestly you pray for the storms to come because that’s when those swells kick up.

What/who are the main influences in your photography?

Every surf photographer who captures that ground-breaking shot is an inspiration. A lot of local guys are inspiring as well. We all push each other to get that extra shot, maybe when it’s freezing cold out, that may be the one. Sean Davey and obviously Clark Little are huge inspirations. As for the local guys who inspire me, I’d say Russ Meseroll. He’s the one who really kicked off my surf photography career in 2006. There’s Joanne O’Shaughnessy, Chris Zeh and Ben Currie. Those are just a few of the local photographers who I look up to to this day.

Did you get your start in surf photography or did it begin elsewhere?

It honestly started just by chance. When my son was born, I didn’t want to shoot with just a point and shoot. I felt like I was going to miss that critical shot and didn’t want my images to be blurry so I went out and bought a DSLR. I took off from there.

I’ve always been a fan of photography. When I got an issue of National Geographic, I’d never read the articles. I always looked at the pictures. To be honest with you, the articles of Surfer Magazine and Surfing Magazine I don’t read either. I’m just looking at the photos.

Where are you on using Photoshop to edit images? Do you believe there’s a line that shouldn’t be crossed?

I think it depends if you’re trying to be artsy with it. It’s all about the artist’s objective really. It depends if you want a true image or someone’s interpretation of how they see it. For instance, I use Photoshop mostly for sharpening and contrast. A lot of people will use Lightroom. Others use it to make an image appear to be something it previously wasn’t.

Do you have a favorite image you’ve taken? The image that started it all for Robert Siliato. This is his favorite shot.

I do. It’s a photo of a local guy. His name is Jim Leone. It just shows you what Jersey surf is all about, especially during a hurricane swell in the summer. It’s just clear water, well relatively clear, and it showcases what Jersey is about in the summer. It’s really the image that kicked it off for me. It’s the one that epitomizes what surf photography in Jersey.

What’s the biggest accomplishment in your photography career?

I’d definitely say getting The Inertia Portfolio Challenge this year. That’s definitely the biggest one right now. That’s what I’m most stoked about.