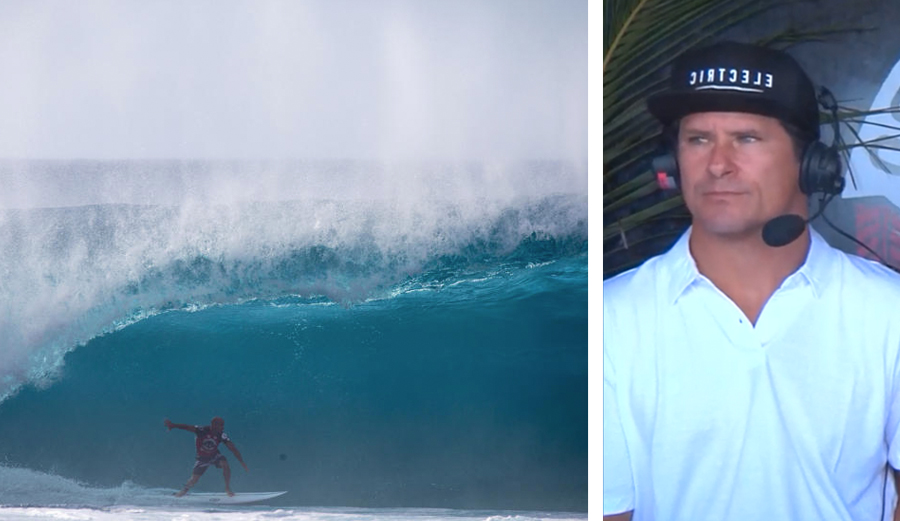 After two consecutive days of perfect Pipeline, the Volcom Pipe Pro wrapped up Tuesday with Kelly Slater taking home the gold. The conditions could not have been better; Slater touted day two as, “easily the best Pipe of the year, right now.” And for everyone watching – on the beach at Ehukai or on an iPhone while hiding in the toilets at work – it was more entertaining than videos of cats hunting laser pointers.

But aside from the action in the water, the commentator booth was a solid source for productivity-diminishing amusement. And Dave Wassel was the star of the show.

Wassel looks like John Cena but jokes like Jon Stewart, he has the mug of David Hasslehoff but the mouth of Daniel Tosh. And when he’s not manhandling monster waves across the globe or at home in Hawaii, he’s often seen in the commentary booth at a select few ASP competitions. Or he’s hunting wild boar. Shirtless. With his bare hands. Fine, a bow.

The human He-Man replica was on the mic alongside Sal Masekela during the Volcom Pipe Pro. And in classic form, he delivered – sometimes comic relief, sometimes utter superlatives worthy of a Dr. Seuss book. Here’s a few of his best:

(On Pipeline’s spit) I think most waves in the world are capable of spitting. But Pipeline barfs. That wave just straight up vomited.

(On Nate Yeomans) That was an absolute breakdance maneuver. I saw him spin to win on the foam ball.

(On Sebastian Zietz) This guy is like a supreme pastry chef…he just got squeezed out that little cheese puff.

(On the perils of backdoor) You’re gonna get smoked like a cheap cigar.

(On his hair) Some people call it a mullet, but it’s actually really chic and European…it’s [pronounced] mul-ley.

(On John John Florence) That wave was so scary you need two names to even look at it.

(Again, JJF) He was doing some barrel karate.

(On Pipeline wipeouts) Hopefully you don’t get turned into a piece of sushi.

(Making up new words) [Like a Brazilian wax job but] A “Mazilian”…just getting waxed in all the wrong places.

(Arguing with Sal Masakela) I’ve got so many issues, I’ve got a subscription buddy.

(On calling Marco Giorgi “Marco Giorgi-O”) I’m gonna tattoo your name on me so I never get it wrong again.

(Moments later mistaking Marco Giorgi for Tom Whitaker) Stick a fork in me, I am done.

(At the end of the day) I walked in here today and I had a decent IQ. But now, I think I lost mind. 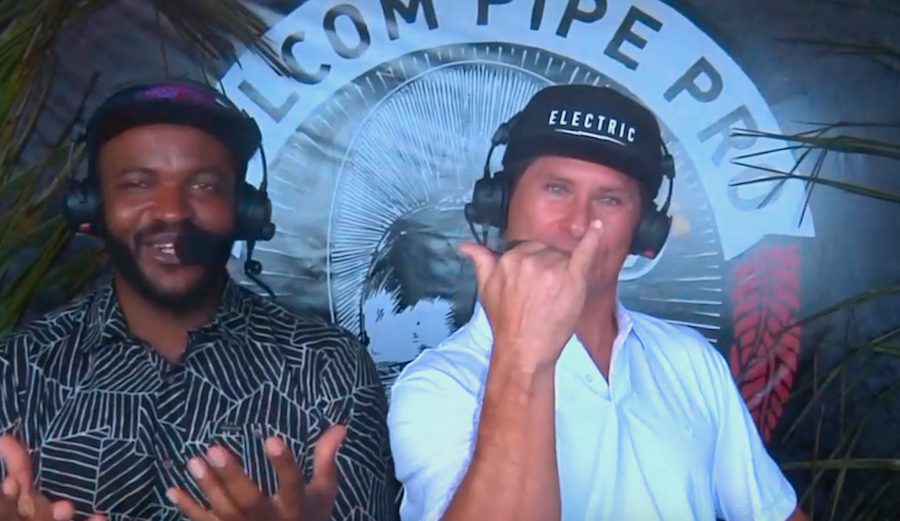