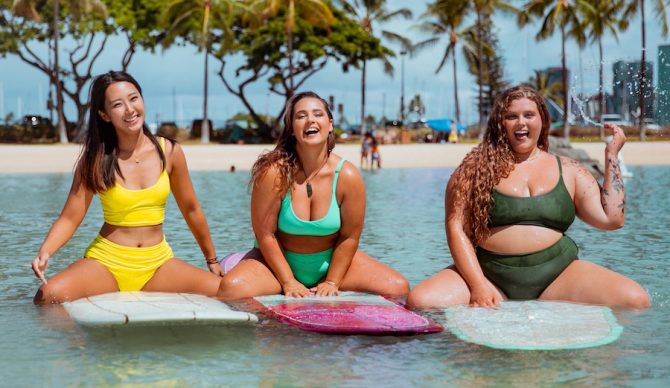 Born and raised in Arizona, surfing was never something that was on Elizabeth Sneed’s radar, until 2017 when Sneed relocated to Oahu and quickly fell in love with the sport. But, as Sneed spent more time in the water, she came to realize there was a lack of diversity in the surf industry’s portrayal of female surfers. While the majority of surfers range from the beginner to intermediate level and vary in age and body type, most surf brands depict female surfers as tan, blond, white, young, skinny, and at the pro level, she says.

“It’s a fact that surf brands cater towards young females that are in the XXS-Medium category – that’s their target demographic and who they are primarily making swimsuits for,” says Sneed. “It’s part of a long, patriarchal narrative that women are accessories to surfing for men and that they need to be wearing cute, skimpy bikinis.” 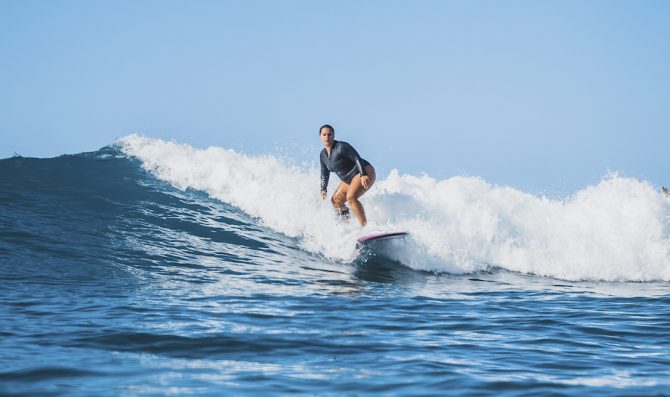 Aside from what she felt was the surf industry’s inaccurate portrayal of female surfers, Sneed also discovered that there were little to no options for plus-sized women in surf shops. She says most major surf brands offer very few clothes or swimsuits available above a size large. Internationally, she adds, it’s difficult to find wetsuits larger than a size 14, meaning many plus-sized women must order custom or purchase a men’s suit.

“If you don’t have the right equipment to go out and experience surfing, you’re going to feel excluded or think you shouldn’t be doing it because it’s not marketed to you,” says Sneed. “It becomes an obstacle that women have to psychologically push through to even get to the point where they’re in the water surfing.” 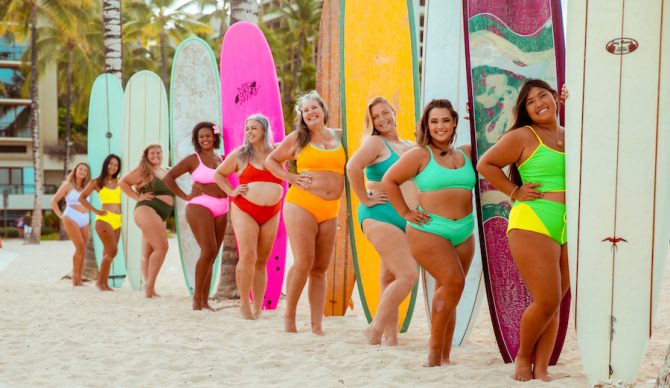 After giving it some thought, Sneed decided that she wanted to give the industry a push. Someone needed to advocate for women of different body types and skill levels and encourage surf brands to welcome women of different ages, sizes, and surfing abilities into surf culture, she says. In June of 2020, Sneed founded Curvy Surfer Girl, a community and a movement centered around creating body positivity and body diversity within women’s surfing.

Sneed began by sharing images of herself, a plus-sized woman, surfing. At first, she was worried that she wouldn’t be respected or taken seriously because she wasn’t a competitive or an elite surfer. Much to her delight, her greatest fear ended up being her biggest strength.

“So many women related to my level of surfing and my body type and that was a lot of the reason why Curvy Surfer Girl was such a hit,” says Sneed. “It was authentic and relatable.” 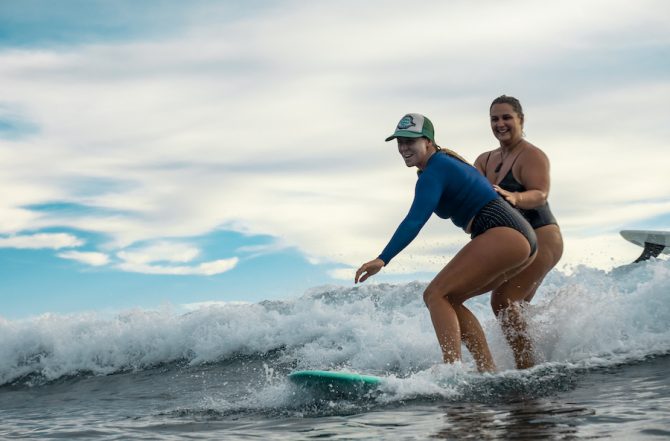 As more and more women began catching wind of what Sneed was doing and joining the movement, she started hosting surf events to introduce more women to surfing and strengthen the community. Additionally, Sneed began arranging photo shoots and invited women of all shapes, sizes, and ethnicities to participate – she then shared the images via social media for the world to see. As she gained more recognition, Sneed began connecting with surf brands, encouraging them to offer a wider range of sizes and designs catered specifically to women.

Although Sneed’s work is far from over, she has celebrated a few major wins since founding Curvy Surfer Girl nearly two years ago. In February of 2021, Sneed worked on a campaign with Rip Curl through which she helped bring photos of plus-sized surfers to mainstream media. The images were the first to show a plus-sized surfer in the corporate surf world and the campaign quickly went viral. In the summer of 2021, Sneed consulted with Maaji, a growing women’s swimwear brand, to help them bring to life a collection specifically designed for athletic, plus-sized women. Most recently, Sneed partnered with SEPTEMBER, a sustainable, surf-inspired swimwear brand that has worked with well-known lady sliders like Kassia Meador and Lola Mignot, to help them create plus-sized options as well. 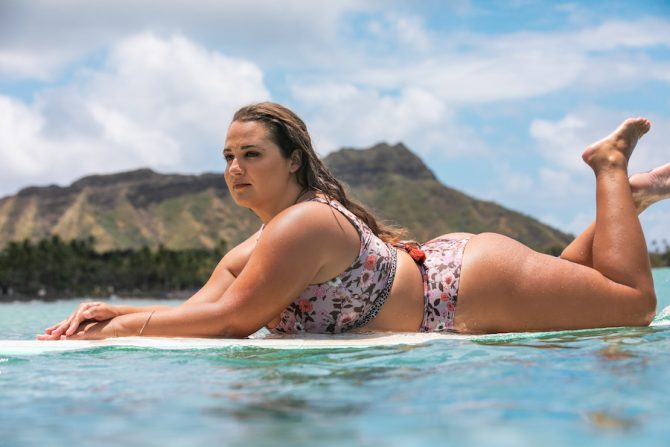 Sneed is proud of what she’s accomplished but so far, the only change she’s seen is from a visual standpoint. She’s thrilled to see more diversity being depicted through surf campaigns, but to her mission, she’d also like to see more size options being offered.

Sneed’s vision is to see more model diversity on surf websites, showcasing sizes from XS to XXXL. She would love to see women’s wetsuits available in different millimeter options up to size 20 or 22.

“Progress is progress and we have to recognize that,” says Sneed. “But we also need to see tangible action being taken. I continue to be optimistic that as the movement grows and more women get involved, the surf industry will begin to pivot and become more inclusive.”