Gabriel Medina Is Considering a Break From the 2022 CT Year 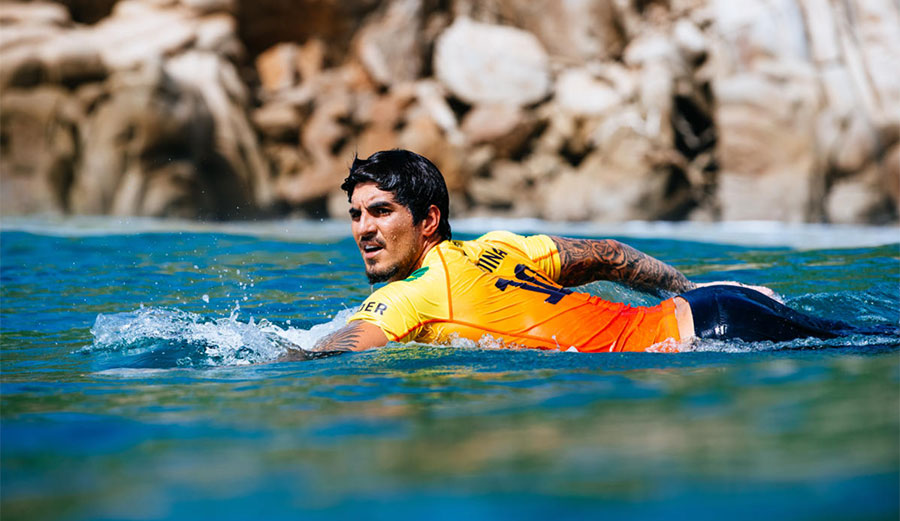 Gabriel Medina just won his third world title. The year was his and his alone — by the time he hit the Finals, he was sitting atop a pile of points that, in any other year, would have already seen him winning the title. He had nearly 12,000 more than Italo Ferreira, who was in second place. It was a shoo-in that he’d win, despite the new format. Medina dominated the year in a way unlike any other. But in a recent interview with LANCE!, a Brazilian sports outlet, he’s revealed that he is considering taking next year off.

“I need to stop thinking about competition for a while,” he said. “Everything I do today, food, routine… It’s all focused on competition so I can be 100 percent. I never missed a step. It’s been hard to do this for years. I think the time has come when I need to take a break.”

He’s been on the tour for a long time now — a decade, in fact — and he’s been hyper-focused on winning the entire time. Of course, every surfer on tour feels the same way, but Medina has something different. His competitive fire burns a little hotter than most. It’s a necessary thing for a competitive surfer to have, and Medina has it in spades. But sometimes a fire burns a little too hot, and a reset is necessary. He’s not completely sure that he’ll take a year off, but he’s considering it.

“This year was difficult,” he continued. “I went from one trip to another, I almost didn’t return home. It’s been ten years that I have to be at the same level, training, making choices to perform better. It’s very intense. It demands a lot. I want to give myself a break, but it’s something I’ll have to think about. I’ll take it day-by-day. Let’s see how it goes.”

It’s not uncommon for a surfer to take a year off for themselves. Kelly Slater famously took a three year break with a pile of world titles under his belt, only to come back stronger than ever. Mick Fanning took a year off a few years back, too. Medina, however, is fairly young, comparatively.

Even if he does skip the 2022 season in its entirety, the World Surf League told LANCE! that they would gift him a spot on the 2023 tour. Time will tell whether he decides to take much-deserved year to himself, and if he does, if it benefits his surfing. It’s hard to imagine it could get any better than it was this year, but Medina is on a whole different level than anyone else right now.