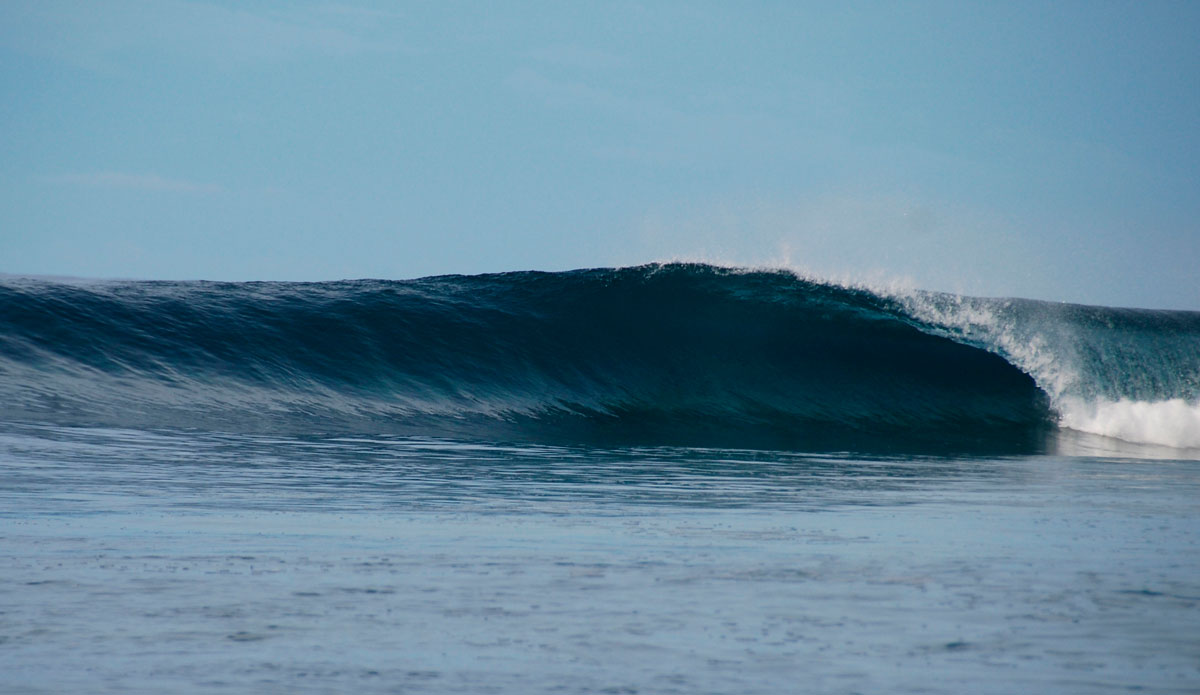 Long, roping walls like this one litter the area. 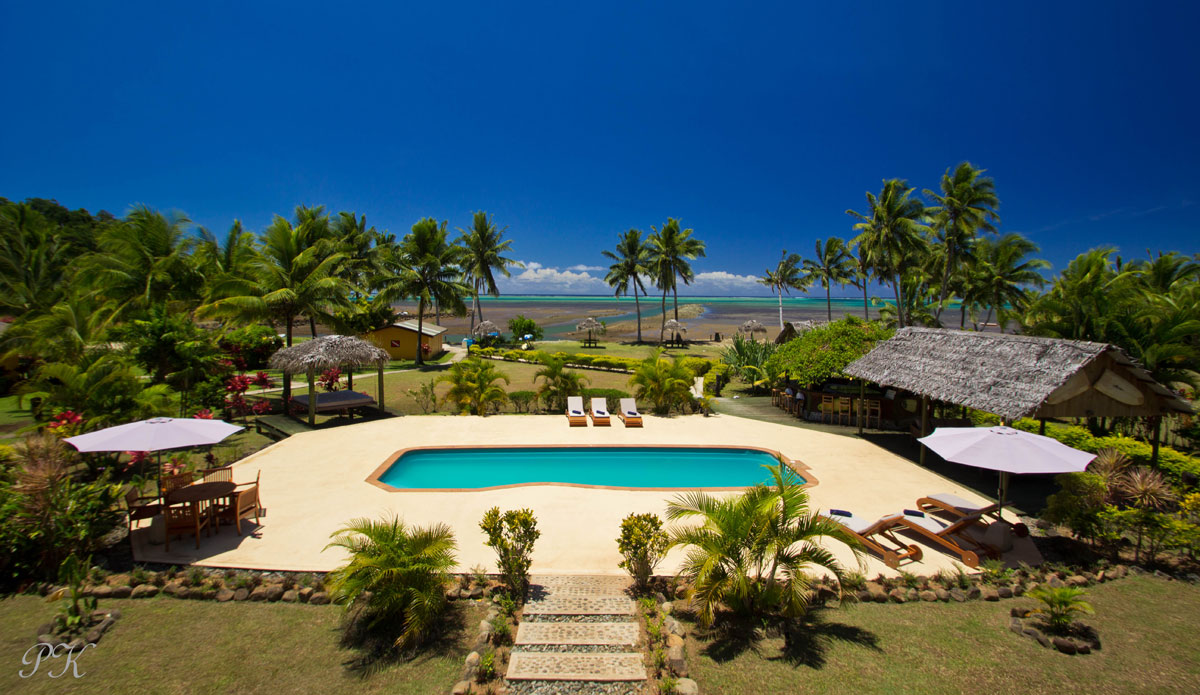 The view ain't too bad. 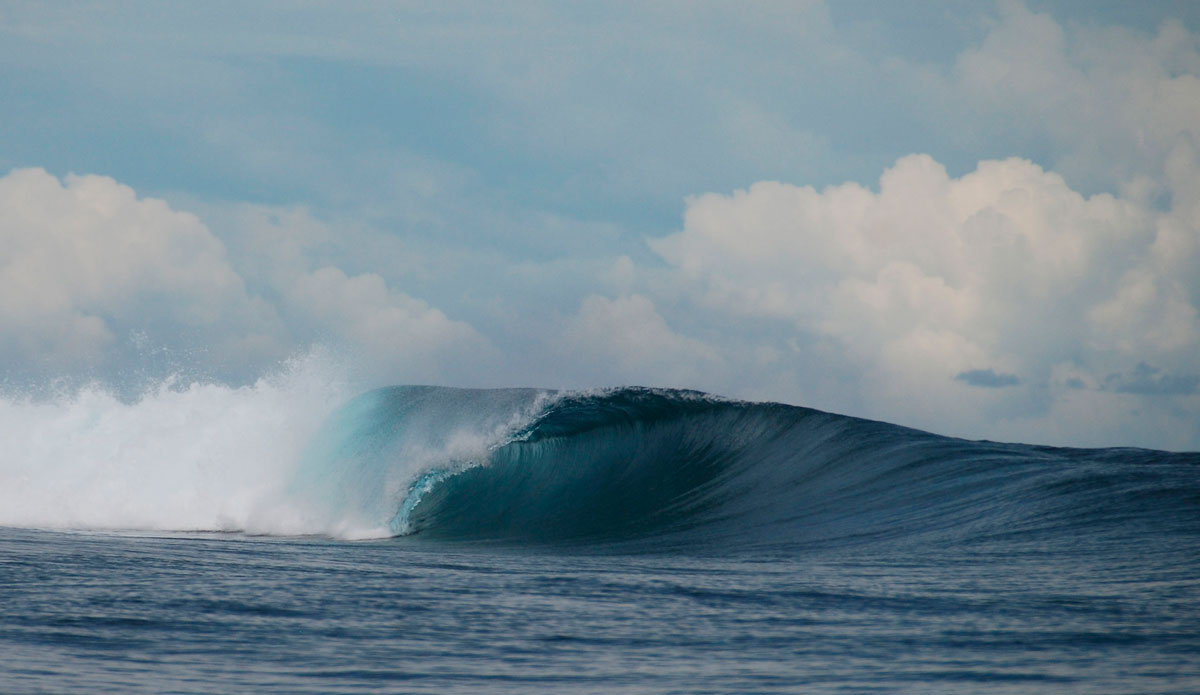 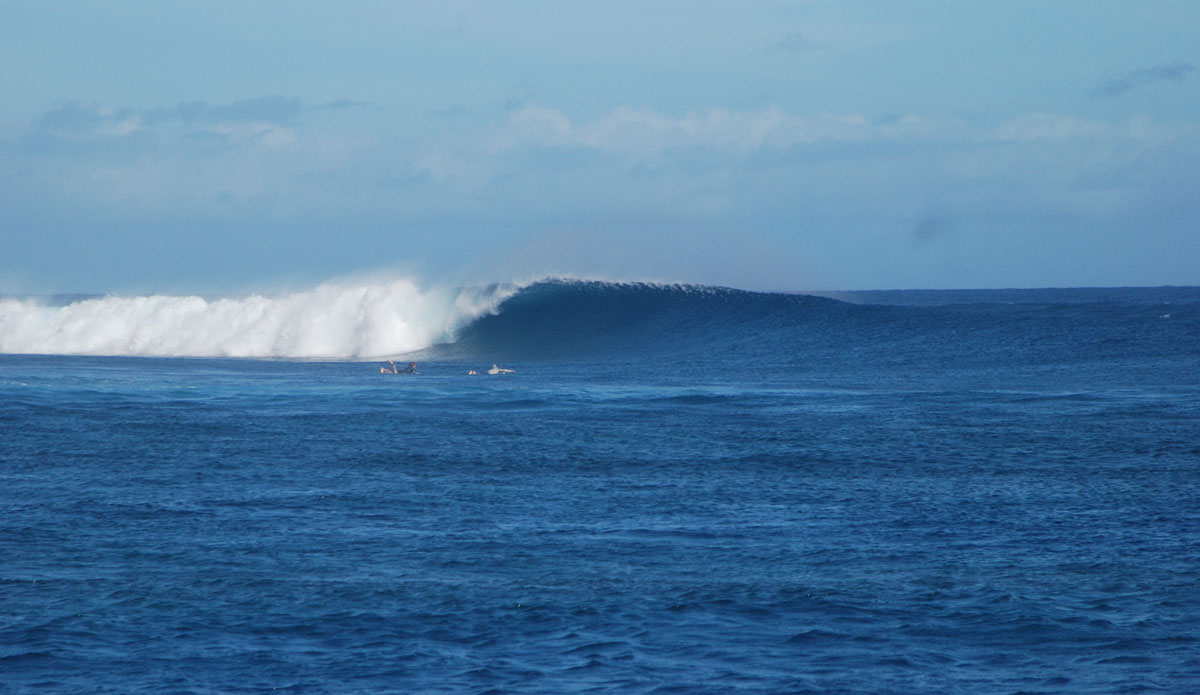 Imagine this: just you and your buddy. A perfect, empty, left, and no one else out. Now look at the photo. Similar? 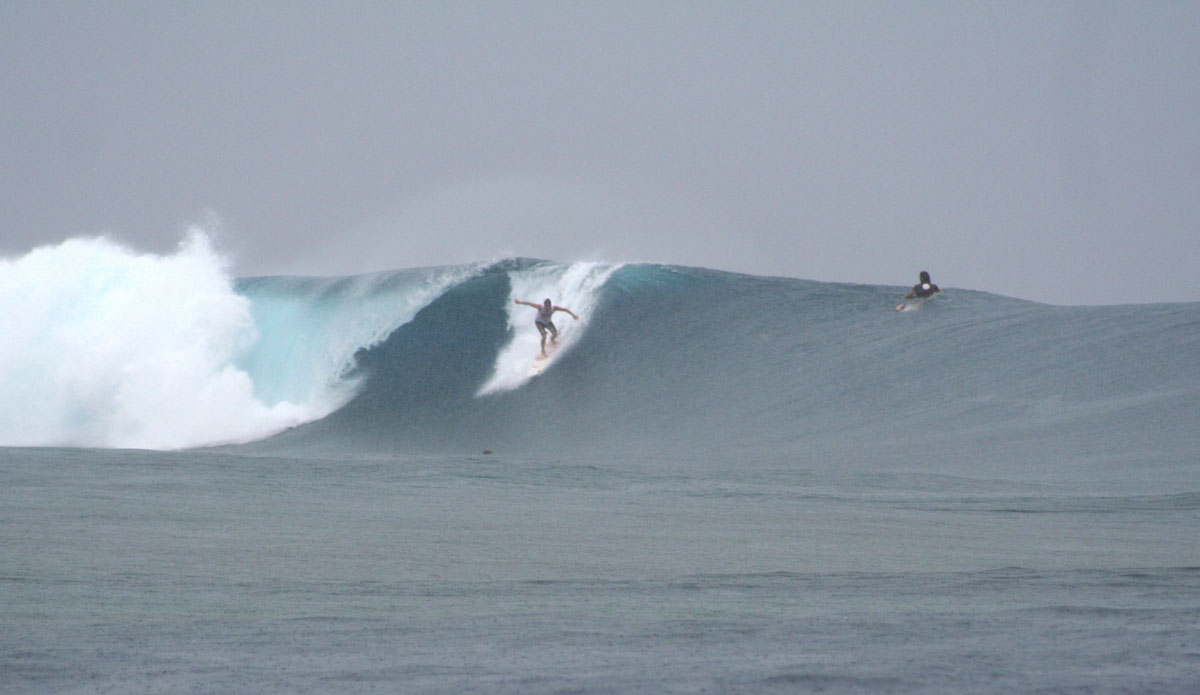 Big take off at Frigates. 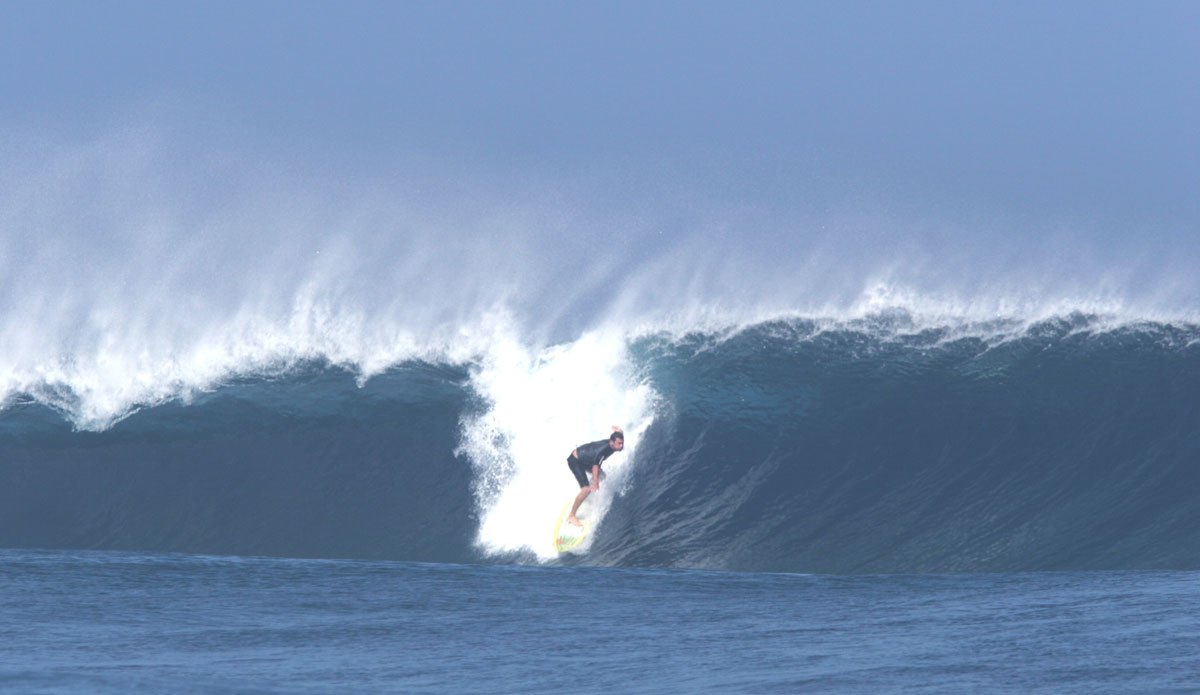 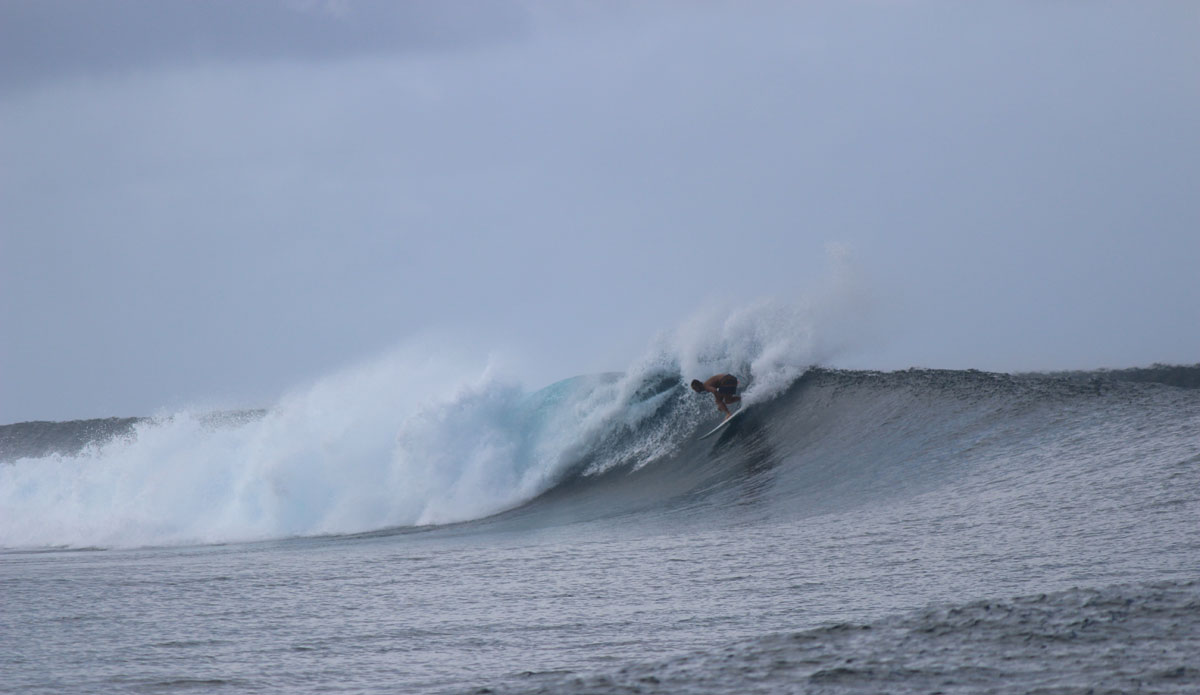 Backhand and alone. But definitely not lonely. 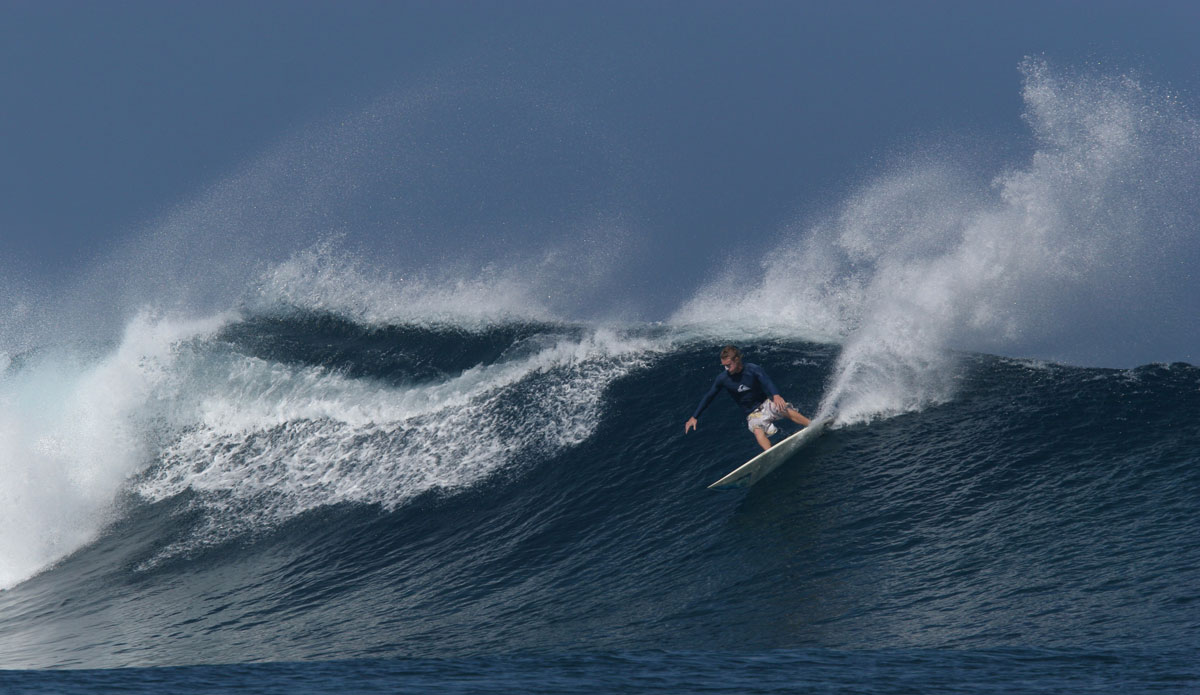 It's a playground out there. 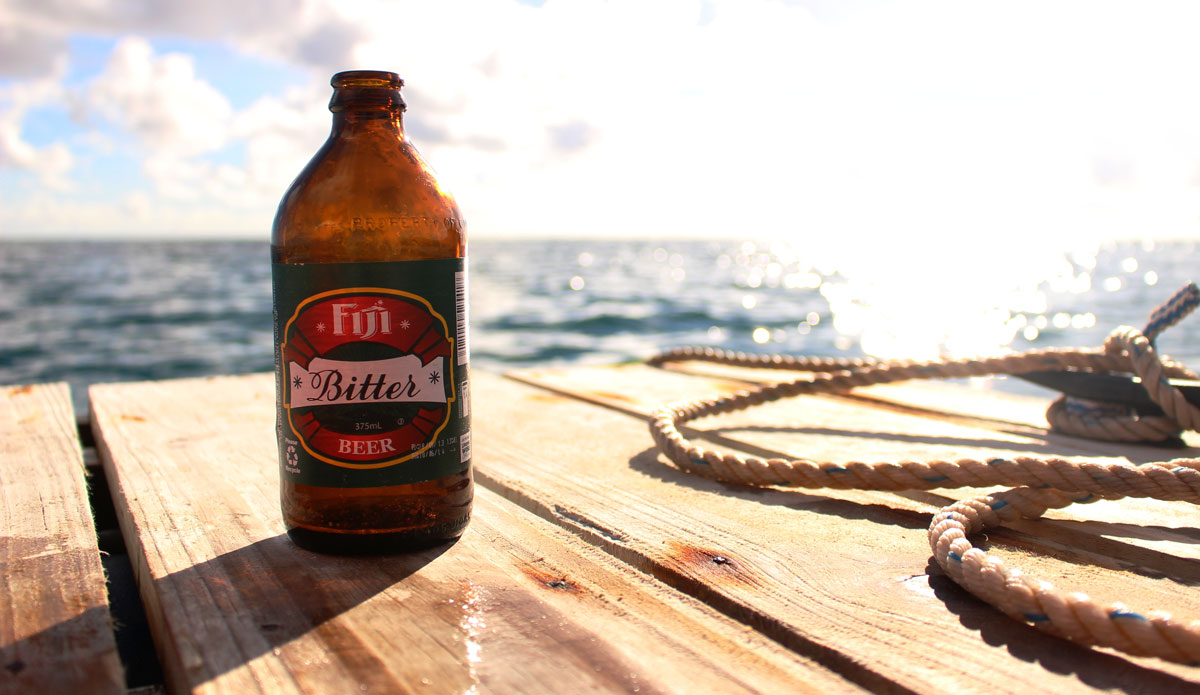 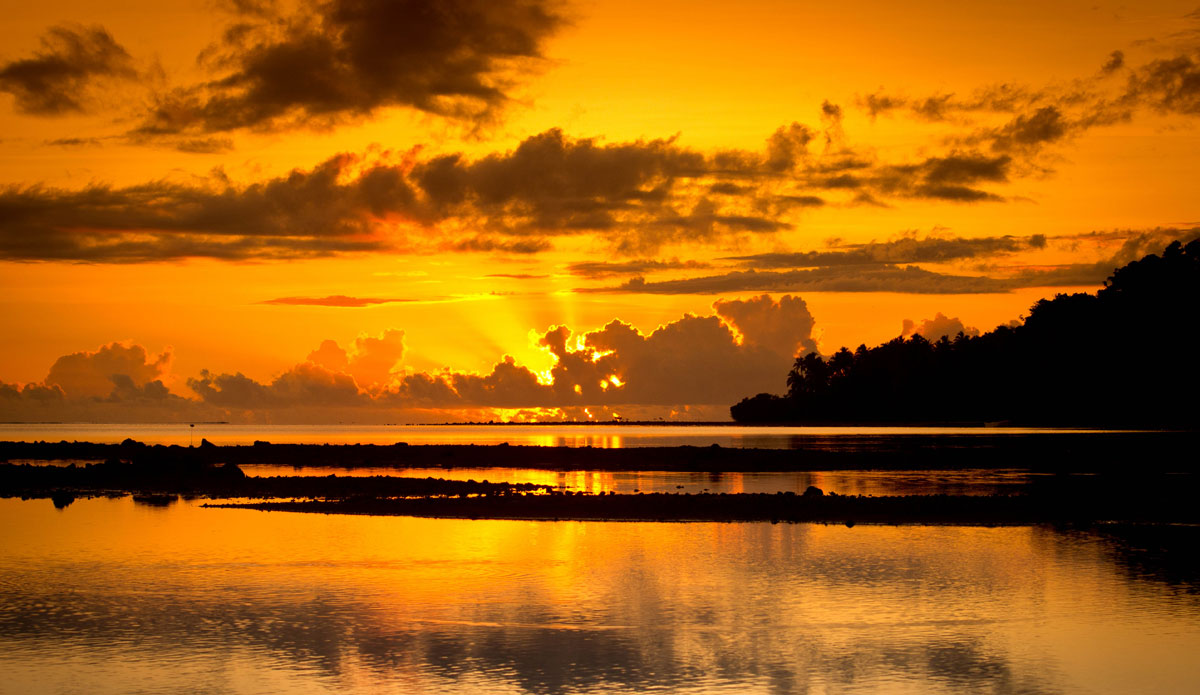 Enter HERE to win a free trip for two to Waidroka Bay Resort through WaterWays Travel!

Comprised of more than 300 islands, the archipelago has 110 permanently inhabited islands. The two main ones are Viti Levu and Vanua Levu. In the middle of a rainforest on a private, secluded lagoon, lies Waidroka Bay Resort, and within a few short boat rides, there are enough perfect waves to keep you sunburned, noodle-armed, and smiling from ear to ear for the duration of your stay – unless you decide to pack up your things at home and make Fiji a full time gig.

While many resorts in Fiji are just as well known for their opulence as they are for their beauty, Waidroka Surf Resort is not one of those places where you’re going to spend half of your annual salary to lie in the sand drinking Mai-tais for seven days. It hits all the marks of a place that you’d have to remortgage your house to go to, though: fantastic food, Fijian hospitality, and an intimate, laid-back atmosphere. And because most surfers don’t just love surfing, but the ocean in general, Waidroka Bay Resort has plenty of diving options, so when you’re surfed out and need a well-deserved break, there’s a lot more than just sleeping to do. A long, pristine barrier reef that’s sheltering Mbenga Island sits just in view of Viti Levu’s Coral Coast – and on the island is the Mbenga Lagoon, one of the most famous diving locations in the world. But let’s get to the waves, because that’s what you’re there for, right?

Frigates:
Within 15 minutes, there are seven world class waves, and in a short 45-minute boat ride, you’re dropping in at Frigates, one of the most all time waves in the entire world. On good days, it rivals Cloudbreak, and because it’s further out to sea, it picks up more size than most other breaks. A big, fast, consistent barreling left, Frigates works on all tides and freight trains along for nearly 500 feet. Take offs are reasonably mellow – unless it gets really, really big – and the wave offers up everything from long walls to sucking barrels, especially at low tide. Locals will tell you that Frigates is usually twice the size of the local breaks, at least on sets. The inside section (aptly called The Scalpel), gets really shallow really fast… so if you happen to get washed inside, take the long route through the channel.

Resorts:
While Fiji is well-known for its huge, perfect waves, there are also places that are a little more suited to someone that’s not willing to go on a 20 foot bomb. Resorts is one of those places. It’s a short left-hander that can hold some size when it gets big, but the take off is in deeper water, and isn’t as vertical as some other waves. There’s a barrel section that’s easily make-able, too – just set your line and watch the lip fold over your head.

Pipe:
Pipe is also known as mini-Teahupoo. It’s a peaky left that’s nearly all barrel: make the drop, set your rail, and hold on tight. During the winter, the trade winds blow south east, which is the perfect direction for Pipe, especially if you’re one of those people that loves a lightning fast left hand barrel.  Pipe is one of the most consistent waves in the area, and when it gets bigger, it’s one of those places that’s just about perfect for photo ops. The wave ends in a deep channel where boats sit and wait to capture you getting the best wave of your life. You gotta show your friends, right?

Serua Rights:
If you’re looking for a leg-burner of a right, Serua’s got it. On those medium sized days, Serua Rights is one of the longest waves in Fiji. After a relaxed take off in deeper water over an outer reef, the wave fattens out a bit. If you throw in a few pumps and stay close to the foam, you’ll soon find a reform just down the line, perfect for backdooring. It’s one of those waves with a big, open face to work all your kinks out on before tucking in and driving through a critical barrel section. It’s not great with wind, though, unless its a westerly direction. But when it’s on and conditions line up, Serua rights is one of the best waves in all of Fiji.

420s:
While 420s isn’t the most consistent of waves, when it’s on, it’s really on.  In the same bay as Serua Rights, it’s a left hander that depends on Serua turning onshore. When it gets too big and too onshore for Serua Rights, 420s is the best bet: a peaky left with an inside barrel section and an easy channel for access. If a strong easterly is blowing, there’s a lot of swell in the water, and Pipes isn’t working, check 420s.

Black Rock:
Black Rock is not for the faint of heart. A barreling right hander with a difficult take off to negotiate, high tide is the best time to surf Black Rock. The coral reef is incredibly shallow and close to the take-off zone, and when it gets big, it’s a body boarders’ paradise: a thick, slabby lip breaking over a ledgy reef, heavier than most of the other waves in the area. If there’s a long period large swell and you feel up to the task, head to Black Rock.

Want to #GoThere? Book a trip now with WaterWays Surf Adventures, and enter here to win a trip for two to Waidroka Bay Resort through WaterWays Travel!