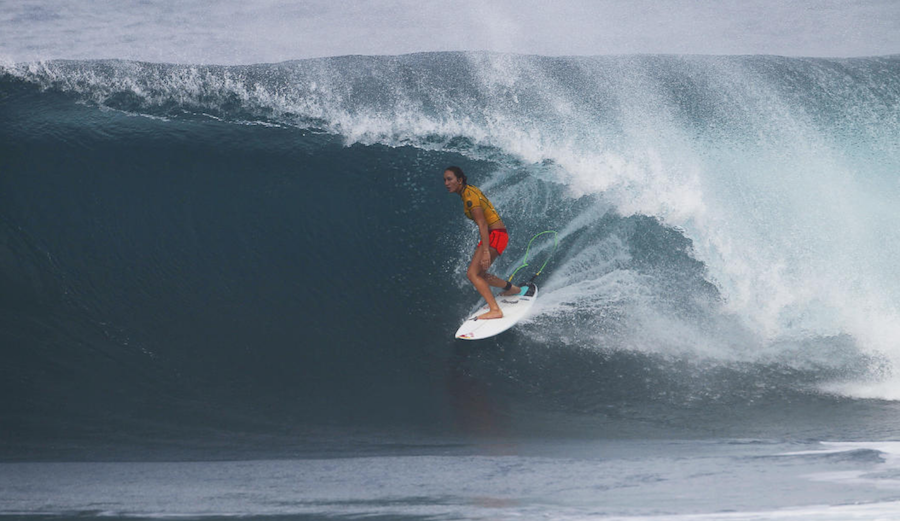 “Today, we have a 4-time world champion from Oahu that is not able to showcase her amazing surfing in competition on her home island.” Photo: Kirstin Scholz/WSL

In a historic move, the city council of Honolulu voted unanimously on Wednesday to approve a resolution that could pave the way for female inclusion in all North Shore surf contests, not least of which the Pipe Masters.

As we reported last week, Resolution 20-12, as it’s formally known, strongly urges the City and County of Honolulu’s Department of Parks and Recreation to include language in the contest permitting process requiring every surf event on the island of Oahu to include a women’s division, especially in light of the overwhelming lack of female inclusion during high-profile winter events on the North Shore over the years. Most notably that includes the Vans Triple Crown events at Haleiwa, Sunset Beach, and yes, Pipeline.

The passage of the resolution falls short of instituting this provision outright, but that it passed so overwhelmingly is evidence that local officials in Honolulu are highly supportive of the issue. Now, it’s up to the Department of Parks and Recreation to rewrite the rules along with public input – a process that could take time.

Initially introduced in the Council by Councilmember Heidi Tsuneyoshi, whose district includes the North Shore, the passage of the resolution is largely due to the advocacy of a coalition that includes the Committee for Equity in Women’s Surfing, “Banzai” Betty Depolito, and Carol Phillips, who runs North Shore Surf Girls.

As the bill was being considered by the Council, public testimony also poured in in the form of emails of support. Most notable was former Championship Tour surfer Rochelle Ballard’s heartfelt words that point to women’s events that used to exist at Sunset Beach and Haleiwa but were eventually clipped from the Women’s tour schedule. 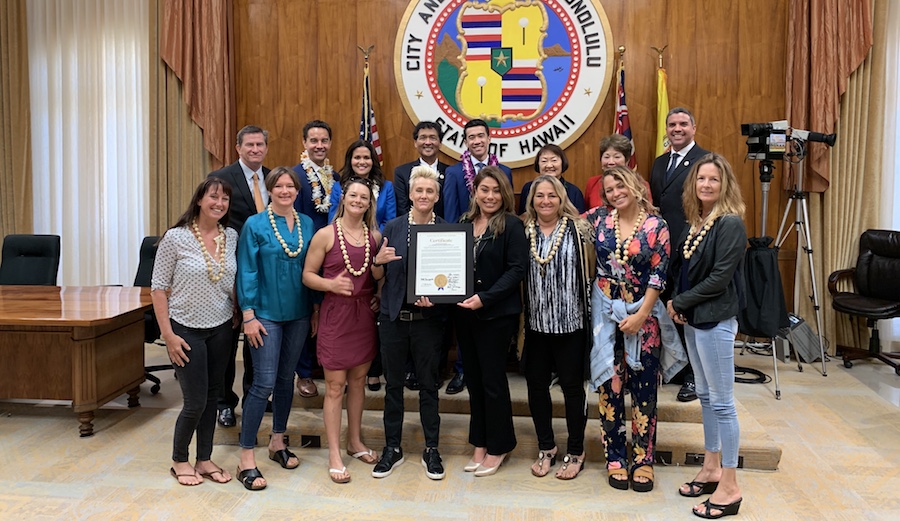 “When I was growing up on Kauai,” writes Ballard, “one of the biggest goals and challenges was to surf the North Shore and compete at Sunset and Haleiwa. In the peak of my career, we had the opportunity to compete in the women’s Triple Crown of Surfing. I have trophies from the WCT at Sunset Beach and amazing memories and experiences that were a huge part of my surfing career and value as a professional surfer. Today, we have a 4-time world champion from Oahu that is not able to showcase her amazing surfing in competition on her home island.”

Criticism past and present around this issue has centered largely on the idea of female inclusion at Pipeline. Either very backwardly contending that women can’t surf Pipe. Or, putting window dressing on that same idea asking: Does the current crop of CT athletes even want to?

When we took a straw poll of a few athletes last July, between the women who responded in the affirmative and those on tour who had surfed in the women’s Pipe Invitational specialty event in the past, we calculated that some 40 percent would be interested in concluding their tour at Pipeline. Which could actually be higher given a number didn’t respond.

Today, the City Council of Honolulu will vote on a resolution to allow the inclusion of women in North Shore contests. In 2002 Blue Crush inspired young girls everywhere to pick up a board, it’s time that they get the same opportunity to fight for the same trophy boys do on the same big wave. Share this post if you agree! 🏄‍♀️🤙🏻 (2nd slide w/ the baddest of them all @kealakennelly 😘)

In that same story, I pointed out the irony that in 2002, the plot for the film Blue Crush centered around a woman preparing for the women’s Pipe Masters – a contest that has never actually existed. That it’s taken 18 years to make headway on that issue wasn’t lost on the film’s star, Kate Bosworth, who took to Instagram to encourage her followers to support Resolution 20-12.

“Today, the City Council of Honolulu will vote on a resolution to allow the inclusion of women in North Shore contests,” wrote Bosworth in a Wednesday post that included a photo of her and Keala Kennelly from the film. “In 2002 Blue Crush inspired young girls everywhere to pick up a board, it’s time that they get the same opportunity to fight for the same trophy boys do on the same big wave.”

Following Blue Crush‘s release, Rochelle Ballard spoke to Outside magazine about the irony that perhaps the film was more progressive than professional surfing at the time.

“Maybe it is more of a dream than a reality for girls to be able to surf in the Pipeline Masters,” she said then. “But someday that dream will come true. I can’t stop pushing until it does.”