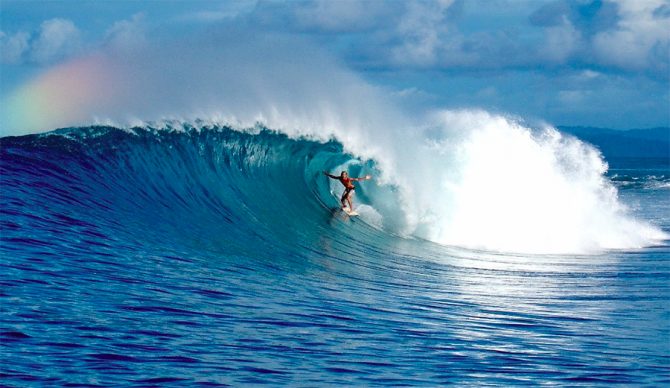 Over the last month, you’ve seen Nathan Florence double-up into huge green cathedrals at HT’s. Or maybe watched Kelly Slater’s no-hands dream weave through Kandui cylinders. The Indonesia archipelago, and the Mentawais especially, has been on fire for months.

And the boat trip remains the gold standard in terms of experiencing some of the most perfect waves on the planet. However, being one of the most expensive surf holidays on the market, it pays to do it right. We asked some of the most experienced Mentawai skippers and charter operators for their inside knowledge. We can’t guarantee waves, but follow this advice and you’ll give yourself a chance at having the best surf trip of your life. 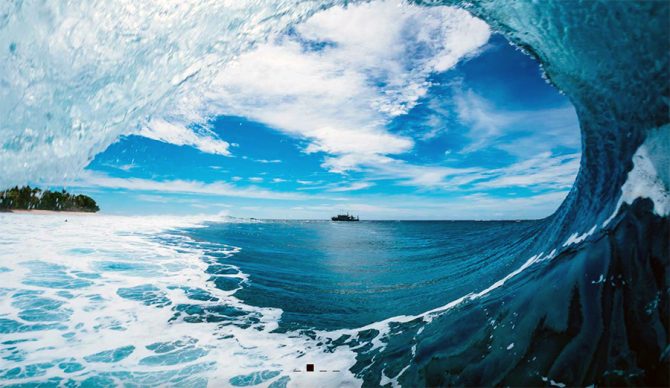 Visions from the tube, and visions of where you’ll be sleeping. Photo: Indies Trader

“Navigating through the myriad of islands in precariously shallow waters takes an advanced level of skill that requires decades of experience,” says Martin Daly, the legendary Mentawais explorer, and skipper of the Indies Trader 3. “Hundreds of people die in boating accidents in Indonesia each year and many as a result of errors committed by the captains. Make sure your captain has a license of ANT V (Master 5) or higher so that you can be assured they have the proper training to know how to deal with emergencies and make prudent calls on weather conditions and risk.”

Looking Over Your Shoulder

“Don’t be afraid to travel during the shoulder seasons,” says Steve “Sooly” Sewell, owner and skipper of the Mentawai-based Huey Surf Charters. “Apart from the savings you can make, I’ve had some of best trips late in the season with little or no crowds.”

Also, with the current COVID backlog which the operations are honoring, most of the top charters now have limited spots open during the prime months from June to September, even for the 2023 season. The off, and shoulder seasons have more availability and are becoming increasingly popular.

“Always check the number of surfers on the boat,” says Matt Cruden, owner of Resort Latitude Zero and the Mangalui  and one of the most experienced operators in Indonesia. “There should never be any more than 10 surfers on board. We’ve seen recently some boats are out there with 14-20 guys. That’s obviously a rent-a-crowd, but is also just plain unsafe.”

Two weeks without phone or wi-fi reception could be one surfer’s dream, and another’s nightmare. However, no matter what your connectivity proclivity, there’s an advantage to making sure your boat has 24-7 satellite internet, and not just so you can post your four-second head dips on Instagram. Some boats depend on cell and VHF for communication, and so need to be within five miles of the few cell phone towers dotted around the islands.

“Cheaper boats, sometimes, but not always, with an all-Indonesian crew like to stick to breaks that are near cell towers so that they can use their cell phones while the guys are surfing,” says Daly. “They’ll come up with excuses as to why they can’t or shouldn’t visit other breaks but in reality, they just don’t want to be bored without cell service. It can cut down your options for waves and increase your chances of surfing with crowds.” 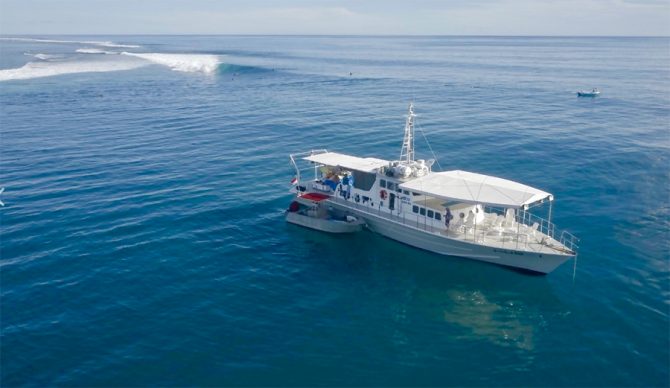 It pays to pay a little more for your home away from home. Photo: Huey Surf Charters

“Beware of cheap trips or heavily discounted trips. If they are discounting, they will discount on your trip. They will cut down on fuel, meaning you can’t go to all the places you want to go,” says Sooly. “They’ll have less money for maintenance, which will affect reliability. Beware of the ‘too good to be true’ prices, because they usually are.”

Don’t Book With An Operator Without Local Offices

“When transferring money overseas be careful as you will never get money back if things go wrong,” said Jamie Gray, CEO of The Perfect Wave. “Use a trusted reputable company that you can come back on with local regional offices. Make sure the operator has public liability insurance as an operator and an office in your country, so you can be sure they can’t hide from you.”

The Right Type of Travel Insurance

“Just last week we had an absolute nightmare of a situation with one of our guests,” says Sooly. “He broke his femur, and the travel insurance company was a nightmare to deal with. It took almost 48 hours from the time of injury until a medivac was organized to get him out of here. All boat operators should have recommended insurance providers. Stick with them, and if possible, get all your crew on the policy which will make it way cheaper.”

“We always recommend two-week trips to maximize your swell window. Traveling halfway across the world and missing a major ground swell is a huge bummer,” explains Daly. “More and more boats are offering shorter trips with more time in port in Padang. The boats who stay out longer can usually nab a few days when most of the boats are in port, and can sneak even the high-profile spots empty.” 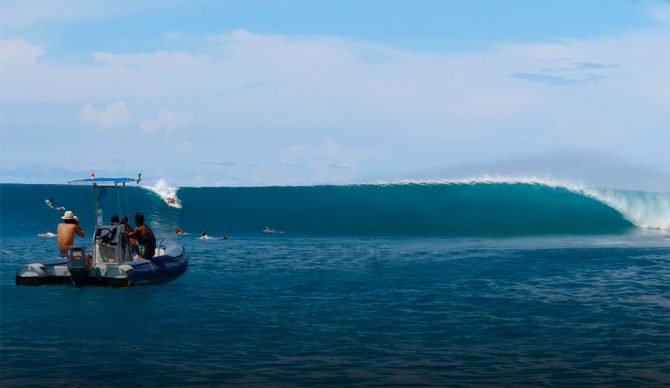 Beware of the tender. See below. Photo: Perfect Wave Travel

“Always ask what is and isn’t included in the price. Do they include beer or are there any extras you have to pay when you arrive?” says Matt Cruden. “Dodgy operators often charge for a variety of things like harbor fees, visas, added transfers, and extra beers and once on board there is no getting around paying them.”

Sooly, who boasts to have never lost a day’s surf in 15 years due to mechanical failure, also advises to ask questions first and shoot later. “Do you travel at night? Do you have all the safety equipment? When was the last engine refit done? These are all great questions that should be able to be answered in your first inquiry,” says Sools. He also recommends asking for current images of the engine room, beds, and kitchen to give you a good indication of the boat.

“The tender, or small fast boat that ferries people to the waves, is a big factor. Everyone has one, but some are those little plastic things, but look how big the tender is, how big the engine. Can it get you back to Padang in an emergency,” says Cruden. “They are also great for splitting up the pack. If you have six kooks and four shredders it causes tension on a boat. With a good tender, half the crew can bolt ten miles up the coast and score waves that suit their ability.”