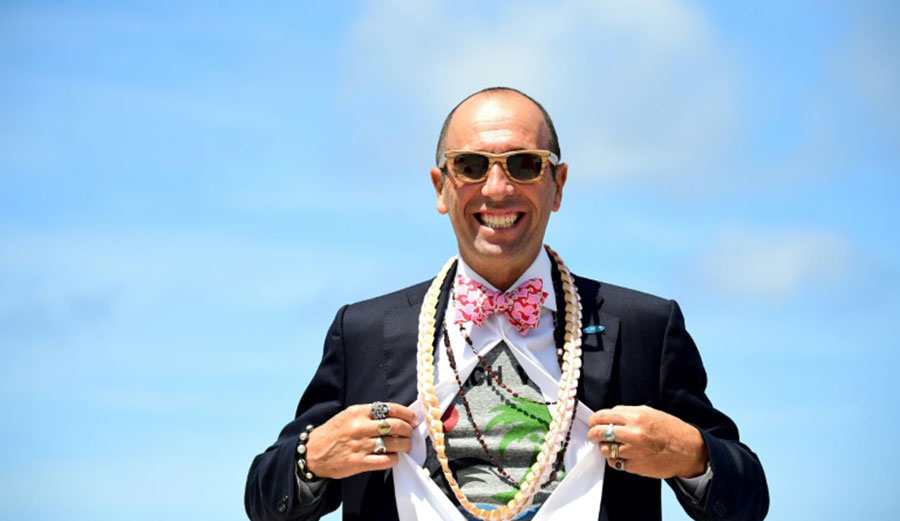 “The IOC and the Tokyo 2020 organisers have determined that surfing will take place in the ocean in Tokyo, at Tsurigasaki Beach in Chiba.” Photo: AFP/File / FRANCK FIFE

With surfing making its Olympic debut in 2020, the inherent problems with that, and the meteoric rise of the wave pool, there have been plenty of persistent rumors floating around that Olympic surfers would be competing in a wave pool. In a recent interview, however, ISA president Fernando Aguerre seems to have squashed them… again.

“With the support of the ISA,” he told the AFP on Tuesday, “the IOC and the Tokyo 2020 organisers have determined that surfing will take place in the ocean in Tokyo, at Tsurigasaki Beach in Chiba.”

He followed the supposed confirmation with a bit of a caveat, though. “The organizing committee has not indicated anything to us about the possibility of changing their plan,” Aguerre continued, “so we are planning for the chosen location in the ocean.”

Although the ISA has confirmed multiple times that surfing will indeed be held in the ocean, the rumors that it will be a pool event never seem to fully die off. Slater’s team of wave creating wizards is in the process of building a Japanese Surf Ranch. WSL Holdings, the parent company of World Surf League, is also the proud owner of The Kelly Slater Wave Pool, a fact that leads many to believe there are grand designs for a very large change in pro surfing in the coming years. In an interview with ESPN, World Surf League CEO Sophie Goldschmidt hinted that a wave pool could be the Olympic venue.

“I think the Olympics is a big opportunity to grow. Now, countries that previously were not focused on surfing, either because it’s not in their culture or they’re landlocked, are now looking at the opportunity slightly differently,” she said. “I think you combine that with our wave technology, so now we can build these facilities anywhere in the world. In theory, any country could have waves where you can compete and practice at a world-class level. One of the challenges for us is the uncertainty of when our events are actually going to take place, whereas in a wave system, you push a button and there you go, 8 o’clock on a Saturday night. We’re close to securing the land and will have to go through the permitting, but if we get a facility built, I hope there’s a good chance they would use it for the 2020 Olympics within the Tokyo district. We also have plans for building facilities in Florida and Brazil.”

Back in 2016, when it was first announced that our little fringe sport was going to be part of the biggest stage in sports, Aguerre explained that one of the reasons that Olympic surfing would be held in the ocean was the lack of a suitable man-made wave to host it. “The reason why is that no [large scale] competition has been held on any man-made wave,” he told The Inertia. “Of course, that means that there is a possibility in the future that a wave pool could be used.”

Since then, of course, things have dramatically changed. The Surf Ranch (and other pools) have held large-scale competitions, most notably the Founders’ Cup, which used a radically different format than any other event—a team format that would be much more Olympic-friendly. Add to that the benefit of push-button waves that afford judges the chance to actually judge the surfing instead of the wave, and a wave pool seems tailor-made for the Olympic stage.

Dave Prodan, the WSL’s consummate vague-talker and VP of Communications, weighed in after the initial announcement that surfing would be under the banner of those five rings. “I think one of the major benefits of artificial waves is creating something that is relatively consistent and a more even field of play, so to speak,” he said. “This could lend itself to the Olympics, but the inclusion of any sport and the guidelines for that sport are ultimately overseen by the IOC. If the IOC were interested in including surfing in the Olympics and desired the use of artificial waves, I think the current global consensus is that the KSWC is the best option.”

Although Aguerre did seem to confirm once again that Olympic surfing would take place in the ocean, he—as has been the case for a few years now—remained open to the idea of holding events in a pool. “The ISA has long been a supporter and advocate for wave pool technology,” Aguerre told AFP. “We are interested to learn of any developments of this kind, and obviously we stay in touch with surfing colleagues on all new initiatives which help in the development of our great sport.”

As of now, surfing’s Olympic debut will be held 40 miles from Tokyo, at Chiba’s Tsurigasaki Beach, a place where surfing contests have been held. Chiba in the summer months, however, isn’t exactly a wave magnet, and if the ISA and the IOC don’t come up with a different plan, Olympic surfing will almost certainly be lackluster at best.