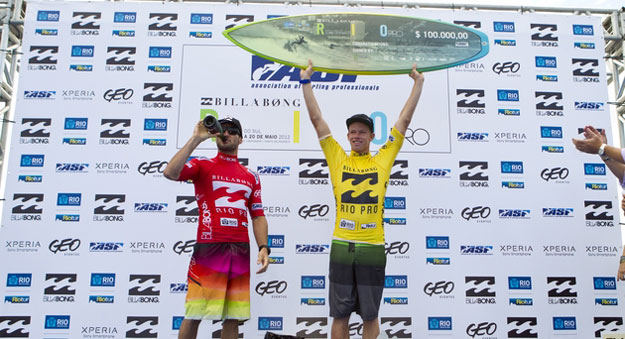 I don’t want to be “that guy”, but I’ve been saying that John John is the best surfer in the world for at least two years. And sure, you may disagree with me – and so do the rankings, for that matter – but whatever. He just won the 2012 Billabong Rio Pro, which was, in fact, his first world tour victory, adding to an already impressive list of recent results. Let’s count them down:

An equal third at Lowers.

See? The kid is good. With his win in Rio, Florence moves to sixth in the world, while the man he beat in the final, Joel Parkinson, finds himself in a place almost everyone who likes surfing wants him to be: first in the world rankings, a race he always seems to falter in.

The next two stops on the tour, however, are probably the best John John could hope for. Cloudbreak and Teahupoo are both well suited to someone who grew up with Pipe in his backyard.

So, as usual, we will sit back and watch the great drama unfold. And it will be exciting.