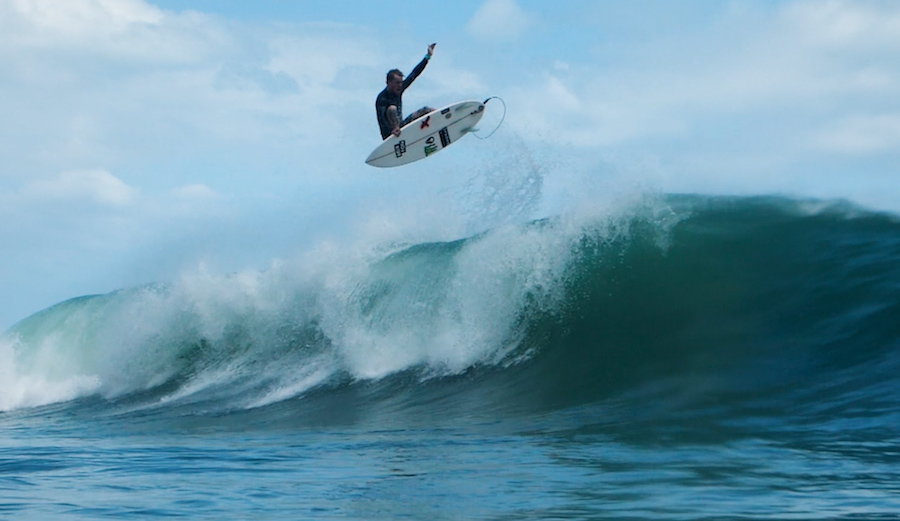 Chippa Wilson is among this year’s confirmed invites to the WSL’s inaugural Air Invitational in France. Photo: WSL

This year has been one of serious transition for the World Surf League. What with a major Facebook deal, some dramatic changes to the tour schedule, a wave pool event, a wave pool exhibition event, and more it can be hard to keep up. But the hits, as they say, keep coming.

In a Thursday press release, the World Surf League announced that in tandem with this year’s Quiksilver Pro France in October, the League will be running an “Air Invitational” event with Josh Kerr as its director. The format will feature “the 18 best aerial free surfers, CT surfers, and social fan votes,” explains the release. The lineup already includes Chippa Wilson, Filipe Toledo, Mikey Wright, and Albee Layer.

“Crowds love the athleticism and creativity of aerial surfing, and so do the surfers,” said Sophie Goldschmidt, WSL CEO. “Many say the future of surfing is in the air, and WSL is thrilled to be working with Josh to return a fan and surfer favorite into the competitive mix.”

Early last month, Josh Kerr and Albee Layer each shared posts on Instagram revealing Kelly Slater Wave Company’s attempts to dial in an “air section.” Those efforts, according to this recent release, were in an effort to bring an “aerial exhibition” to the Surf Ranch Pro in September as a precursor to the event in France.

Josh Kerr, for his part, was excited to be a major part of bringing the Air Invitational to life. Kerr’s a former Surfing Airshow Series (SAS) champion in his own right.

“My early career and surf inspirations were all about these air events, and the guys pushing the progression of surfing,” he said. “Now to be a part of bringing the air events back at the highest level of our sport, it’s very special to me. I’m a huge fan of the talent right now, so I can’t wait to see the guys send it in France!”

As we mentioned, Chippa Wilson – one of the most technical free surfers on the planet – has confirmed he’ll take part. No word yet what other athletes the League is looking to cajole nor how “social fan votes” will work.

“I’m super hyped to be involved in the Air Invitational and Surf Ranch Pro,” said Chippa. “When I was a grom it was my goal to be able to surf in the air shows. They never seemed like a competition; it was loose, and all the lads looked like they were having a blast. I can’t wait for the boys to mix it up with the best air guys on the Championship Tour!”