Judging Surf Contests Is Difficult; Back When Surfers Rode an Array of Boards, It Was Nearly Impossible 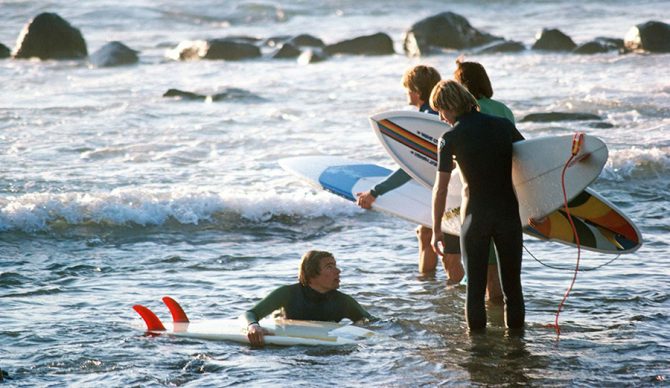 Can you imagine trying to judge a contest when everyone rode different equipment? Photo: Jeff Divine

These were the best surfers in the world, competing in front of throngs of enthusiastic Aussie surf fans for the sport’s biggest prize purses and all-important tour rankings. At first thought, not so dissimilar from what went down last week at Narrabeen…aside from one clear difference (and I’m not talking about personal lockers and non-elimination rounds.)

What was different about the pro events back then was that every one of these surfers surfed differently than their competitors. Why? Because they all rode different surfboard designs. MR on his twin-fin, Simon on his Energy pintails, Fitzy on his sleek double-concaved flyers, Dane on his Town and Country’s, Cheyne on his McCoy no-noses; in each 20-minute heat both the surfboard of choice and each very individual approach to riding it was on display. Great for creative expression, considered by many to be the very hallmark of good surfing. Not so great for judging, being the whole point of competitive surfing.

For decades this had been competitive surfing’s classic conundrum: how do you fairly assign comparative points when each surfer rides the wave in their own distinctive manner? But watching the 2021 event at Narrabeen I realized that this nagging question has finally been answered: you don’t. The key to effectively judging surfing competition, as evidenced not only by the performances at the Rip Curl contest but over the last few seasons of World Surf League events, is to not even worry about judging individual approaches, but to simply get all the participating surfers to surf the same way. And the best way to do that is to have them all ride the same type of surfboard.

You can say what you like about the surfboards custom-shaped for today’s top pros, but the truth is they vary from each other only in minute increments of rocker, foil and volume. Aside from these personal tweaks they are essentially the same type of surfboard: a three-fin Thruster.  Most average in length from, let’s say, 5’7” to 5’9”, are roughly 18.5-inches wide, 2.3-inches thick, with these dimensions scaled up slightly for the 6’1” step-up occasionally deployed in bigger surf. The performance capabilities of this and every other surfboard design are set in stone, so to speak, as soon as that squeegee makes its first pass. Meaning that when you ride a 5’7” Thruster, you ride as a 5’7” Thruster does. Which makes the lines a surfer draws on a board like this very predictable; this makes the performances of all 43 surfers riding the same type of board from the first round to the final in a big CT event even that much more predictable.

Which is a good thing.  Good for the surfers, the judges, and especially good for the fans. Imagine sitting on the sand at Narrabeen back in 1977, watching a heat where every surfer rode a different board and in a different way. Judged on anything other than who caught the best waves, you’d have no idea who won, or why. And trust someone who’s been watching pro contests for over 50 years (and has surfed in plenty) the “who won, and why?” has always been the millstone around the neck of competitive surfing, this lack of quantifiable standards rendering the basic concept of a subjectively judged surf contest somewhat ridiculous. 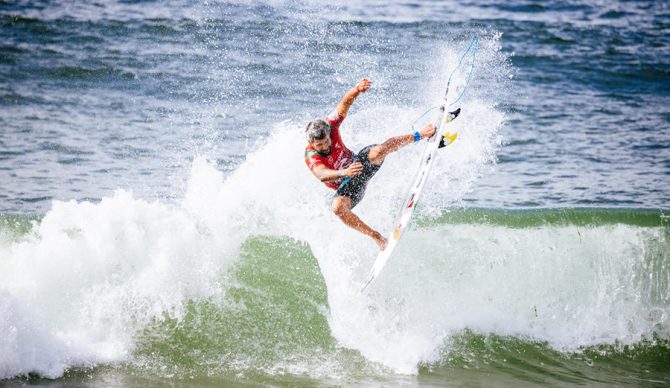 Instead of the board, these days it comes down to raw talent. Italo Ferreira with plenty. Photo: WSL

Until now…or, at least until relatively recently, when competitive surfers organically standardized their equipment and subsequently their performances ala Formula 1 auto racing, or One Design sailing events. And wouldn’t you, if all you had to go on was a vague, wholly subjective criteria list that includes points like “Commitment and degree of difficulty,” “Variety of maneuvers,” and “Speed, power and flow.”

How the hell does a competitor interpret those directives, let alone some poor surf fan watching online? They couldn’t, if all those pro surfers rode different boards. But they don’t — they all ride pretty much the same boards, and in a similar manner, which makes their performances predictable. Which, in turn, makes direct comparison possible. No more “who won and why?” When you see Italo stomp, stomp, stomping his board toward the closeout section you know exactly what he’s going to do. The only question is “Will he land it?” In the Rip Curl event, for example, when Morgan Cibilic or Connor Coffin took off on a left you knew exactly what was coming: bang, bang, bang, with the only variation being levels of amplitude. But unlike the latest Mason Ho drop, it’s this very lack of spontaneity that makes competitive surfing fun to watch — and a whole lot easier to judge.

This is in no way intended as criticism of the World Surf League, who, when assessed objectively, has done a better job of presenting competitive surfing than any other organizing body in the sport’s history. It’s not intended to imply that everything CT is turning in greased grooves, either: Italo totally stuck that aerial. But what we’re talking about is, after all, contest surfing. Let the “free surfers” expand their quivers and repertoires; long live the Torren Martyns, Noa Deanes, Alex Knosts and Kassia Meadors. Slip on a wet jersey, however, and you’re doing a great service to judging panels and surf fans alike if, when looking at whoever’s in your next heat, you forget about that “Dumpster Diver” in the back of your truck and simply say, “I’ll ride whatever they’re riding.”