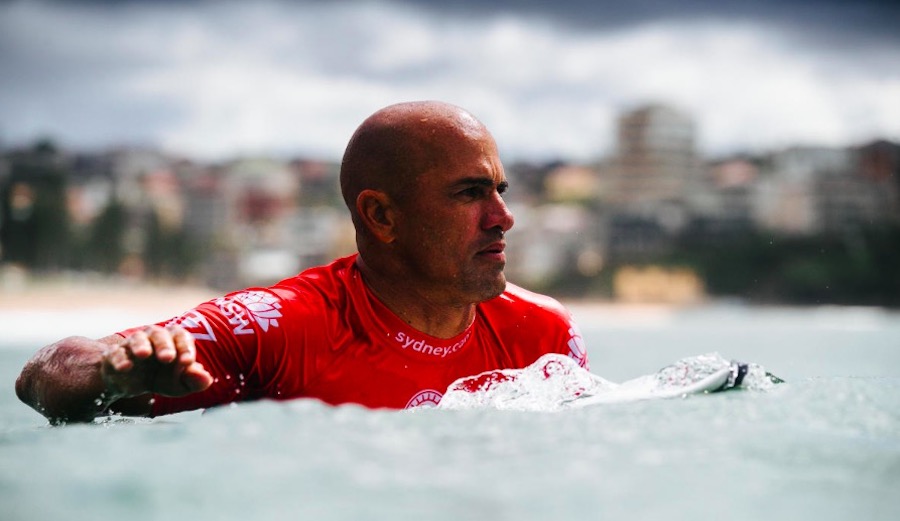 Shame on us for thinking Kelly Slater could walk away from a challenge so delicious as Olympic qualification. Photo: Matt Dunbar/WSL

For a second there Kelly Slater was sure playing coy about his desire to even compete in the Olympics should he be bestowed the opportunity. There’s no doubting the 11-time world champion deserves the honor for all he’s contributed to the sport, but the complicated qualification system requires he be ranked among the top two Americans on the WSL Championship Tour by season’s end.

At the beginning of the year, Slater told the New Zealand Herald that Olympic qualification was “on [his] mind,” only months later to tell NBC Sports – once John John Florence had withdrawn from the tour indefinitely due to injury thus increasing Slater’s chances of qualification – that his focus was more on the tour than the Olympics. In the same interview with NBC, he explained that he still wasn’t sure if he’d compete at this year’s ISA World Games in Miyazaki, Japan – a necessary requirement for the top three most highly ranked (and able-bodied) male surfers per country on tour in order to qualify for the Olympics.

Leave it to Kelly Slater to create drama where previously there wasn’t any.

Well, on Monday USA Surfing confirmed that, in fact, Kelly Slater will be on the sand in Japan flying the old stars and stripes to maintain good standing for Olympic Qualification.

“Six superstar surfers – Carissa Moore, Courtney Conlogue, Caroline Marks, Kolohe Andino, Conner Coffin, and Kelly Slater will represent Team USA and round out the strongest American team the U.S. has ever assembled for the event,” explained USA Surfing in a Monday release.

Part of Slater’s reticence to head to Japan in the middle of one of his better starts to the CT season in recent memory is due to the fact that the event makes an already hectic newly-revamped and condensed CT event schedule even more difficult. That’s not lost on USA Surfing CEO Greg Cruse:

“We look forward to supporting [our surfers] at this event, which occurs in the middle of an already busy World Surf League schedule. With the Olympic Games less than a year away, we are beginning an exciting journey together. These athletes are part of an important moment in history, as we count down the days until surfing’s Olympic debut at Tokyo 2020.”

Slater, Coffin, and Andino are all currently in the midst of a three-way contest for two coveted slots on the Team USA roster that, as previously stated, will be determined by their respective rankings at the end of the year. But, while John John Florence announced after re-injuring his knee earlier this season he’d likely be out for the remainder of 2019, it’s conceivable he could hold onto one of those two slots if no one passes him in the rankings. Or, if he expedites rehab and makes an unlikely early return to competition and nabs a decent result or two.

Point is, the battle for who will surf for Uncle Sam in Tokyo on the men’s side is just heating up and shame on us for ever thinking Kelly Slater could walk away from a challenge so delicious.