Kepa Acero, One of the World’s Great Surf Explorers, Is Headed Back to Africa 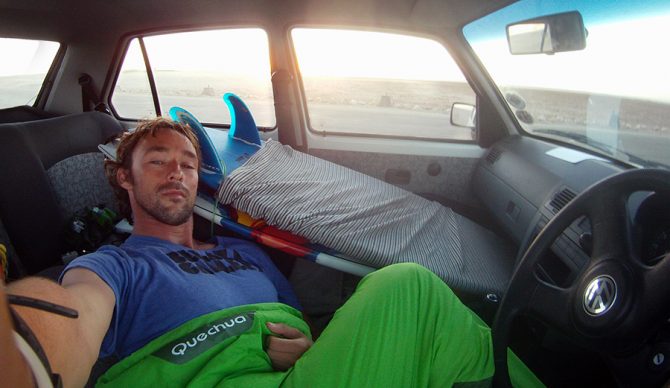 Covid, and the curtailment of travel during the pandemic, hit most surfers the world over. For Kepa Acero, the Basque surf explorer, the itch was itchier than most. And now the scratch, well, it’ll be scatchier than most.

“Over the last three years I’ve spent countless days searching Google Earth. I’d say I’ve circumnavigated the world at least 20 times, virtually,” Kepa told me. “Finally though I’m heading back to Africa. It is the place I missed the most when I couldn’t travel. I missed everything about it. I feel fullness when I’m there, but also a lightness of spirit. It seems contradictory, but that is what Africa can do a person.”

Paul Theroux, in his book Dark Star Safari: Overland from Cairo to Cape Town, described that journey as; “tumbling down the side of a dark star.” From the sand dunes of Tunisia to the mine-laden empty points of Angola, Acero has tumbled down that Dark Star more than most.

It remains a continent that he has had a long and complicated love affair with. It was the first place he traveled to when, as he says, his life began again around 2000. After a successful junior career, where he was the European Junior Champion, and a stint on the QS, he dropped everything and hit the road solo. His first mission was to Namibia, where he surfed Skeleton Bay, long before anyone but a few hardy South Africans knew anything about it. That sparked a quest that has seen him surf the edges of the Earth, exploring the most remote coasts of Indonesia, Africa, Alaska, South America, and India.

After the pandemic, though, it was always going to be Africa that he returned to first. Next month he will set off for a month-long exploration, starting on the remote coast of Liberia and chasing waves along the coast. It is just the first of many exploratory missions he has planned over the next three years.

“Due to the economic and political situation in a lot of countries, that coast remains untouched by many surfers and so there is much to discover,” he says. “It is a love and hate relationship. I love everything about that place and the people, but it can be very difficult, sometimes dangerous. Yet the big thing is you can still find places that have never seen a surfer before.” 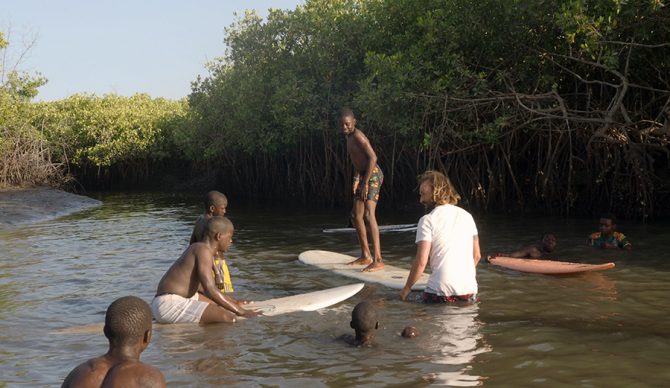 You can certainly see why the continent has a pull to it. Photo: Eva Díez

It’s a safe bet to say no other surfer in the last decade has dedicated themselves to discovering new, world-class waves more than Kepa. And while the films of his travels have found a substantial online audience (below), make no mistake, Kepa isn’t traveling for the adulation or the exposure. He is traveling for the adventure and for the experience and the perspective that brings.

That’s not to say that finding perfect waves and surfing them on his own or with fellow Basque explorers Naxto Gonzalez and Aritz Aranburu, remains a large part of the attraction. Apart from Google Earth, Kepa uses a wide variety of technological tools to help find waves of the highest quality. Recently he’s discovered new barometric pressure apps that triangulate wind speed and direction, humidity, sea and air temperature, chlorophyll, wave height and direction, and barometric pressure.

“We think that helps us predict the size of the waves, but the power and duration too. We’ve seen readings at locations that, in theory, should provide perfect waves. Of course, you never know till you go.” There is every possibility he could find another J-Bay, or a reverse Skeleton Bay. 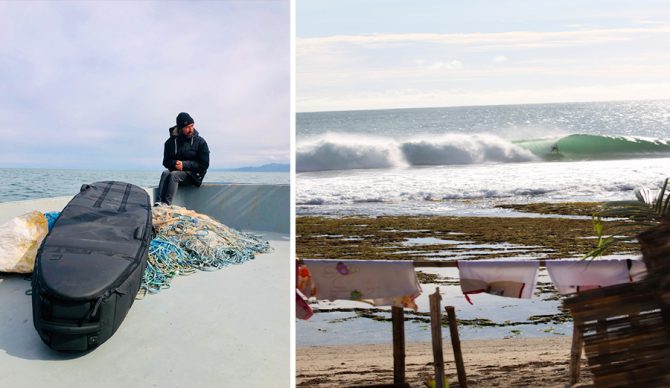 Boat rides and barrels. One can often lead to the other. Photos: Courtesy Kepa Acero

There is never any guarantee, however. A few years ago, the trio spent the better part of a month traveling to Tiger Island, an uninhabited outpost located on the border between Angola and Namibia. They spent two weeks there. “The wave was absolutely, and there is no other word for it, shit,” laughs Kepa.

However, no matter what the outcome Kepa’s drive to search for waves, and explore the human condition remains undimmed. It is the idea or sensation of being in a completely different universe that propels him away from the waves and comforts of home in the Basque Country.

Every time I take on these explorations it involves so much positive energy because if it didn’t, you would never make it,” he says. “You strive to feel the energy of a new place and a new wave as every world-class wave is very different. Sometimes it happens and sometimes it doesn’t, but the human experience means it’s always worth it.”

We’ll let you know how he gets on.