Mark Healey Is an Absolute Animal at Waimea

If there’s anything we learned from Andy Dufresne in The Shawshank Redemption, it’s that timing is everything. He patiently waits years in prison before making his escape. He chisels away at his cell wall, pebble by pebble, night after agonizing night. And then, he waits for a stormy night, when he can bang at the sewage pipe under the cloak of thunder, to make his big escape. For Andy, timing worked in his favor.

But unfortunately for the surf world, that wasn’t the case this week.

With the green light shining, the scaffolding erect, and the world’s best big wave surfers ready, The Eddie Aikau invitational was set to run on Wednesday, though the predicted swell was absent. The contest was called off in the early morning due to small surf. But for those who stuck around, the swell eventually showed up (un)fashionably late. While Jaws turned on in monstrous form, guys like Mark Healey and Kai Lenny scored fun-sized Waimea in the afternoon. And perhaps in an effort to make up for the contest not running, Healey was on fire, airdropping down massive faces and even pulling into a deadly close-out left.

Healey’s like Dufresne; he waited. And he reaped the reward. 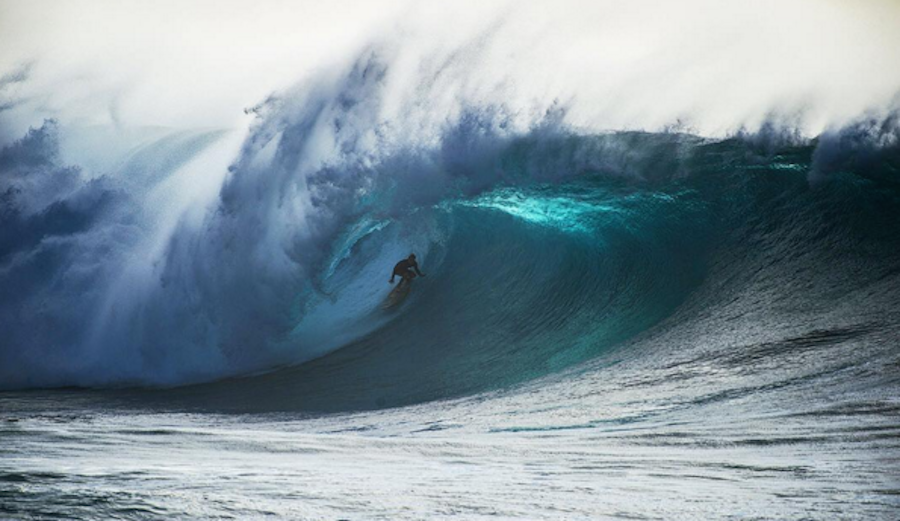 Mark Healey making the most of a lei day at the bay. Photo: Tony Harrington