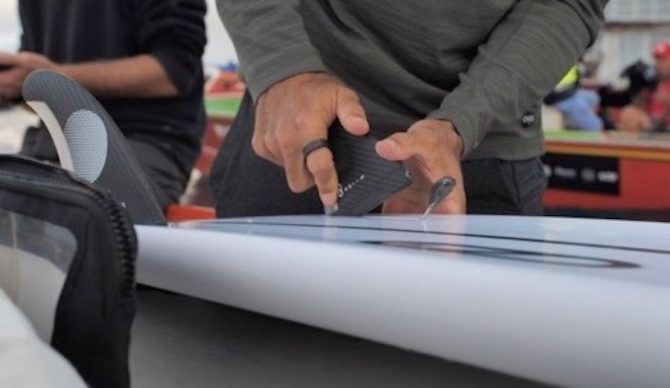 Firewire Surfboards announced this week that it will no longer purchase FCS fin boxes, choosing to exclusively use Futures fin boxes moving forward. The brand currently has a supply of FCS boxes in its production line, so it will take up to a year to go into full effect.

The move is fairly unprecedented, though, with most manufacturers around the world providing both FCS and Futures options. But it could have massive implications for the industry regardless of whether or not other surfboard companies choose to follow suit. I spoke with Mark Price to hear more about the move, as well as the teams at Futures and FCS. 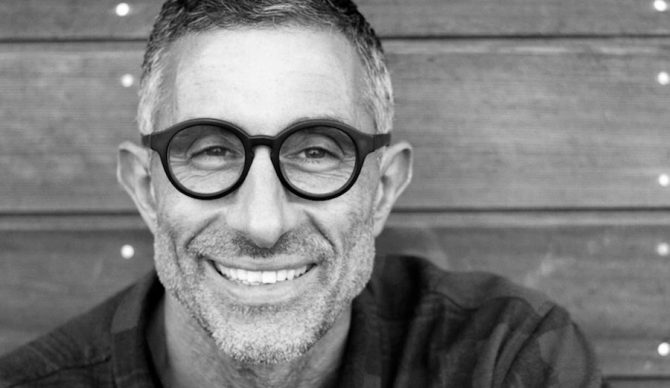 Mark Price has been integral in ensuring Firewire’s environmental ethos was baked into the company’s DNA from day one. Photo: Firewire

Mark Price has been around the block when it comes to the surfing industry. As a tour pro, he was ranked as high as 17 in the early eighties and has since held top positions at Gotcha, Reef, and his own label, Tavarua Surf Company, before taking the helm of Firewire in its adolescent days, first as president, and then as CEO, the position he holds today.

Price made sure to remind me this wasn’t the first time a big decision from Firewire has affected the entire industry. “From the beginning we were radically different with our sandwich construction and the use of EPS over PU,” Price told me. “But fast forward a couple of years, and we, like everyone else were buying sets of cheap plastic fins with every set of fin boxes from FCS and Futures. Some customers would continue to ride them, but the majority would upgrade to better fins and end up with a boxful of cheap fins gathering dust in a garage. So we decided not to sell our boards with those fins, and it was a big deal. Some of our retail customers said they wouldn’t buy our boards if we didn’t supply fins. But we stuck to our guns, and were able to lower our prices for the consumer as a result. And nowadays, nobody includes cheap fins with their boards.” 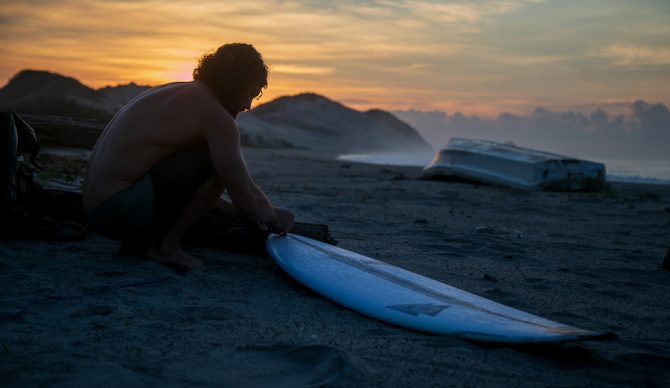 “At Firewire, we’re looking to disrupt things in a constructive way,” Price said. For years now, the brand has been looking at potential options for moving to a single “universal finbox” to streamline production and lower costs, “but none of them, at this moment, are ideas we’d feel comfortable going to market with.”

But why the move to Futures?

Part of the problem stems from the fact that with FCS, the cant of the fins (the angle the fin makes against the board) is determined by the fin box, not the fin, whereas it’s the opposite with Futures. With that in mind, and the desire to move to a single finbox design to streamline production, the bigwigs at Firewire felt compelled to choose between Futures and FCS, and stick with one for the foreseeable future.

Price also says that the Futures switch can be explained by two other important factors. First there are the purely internal reasons. Choosing one fin system will allow them to streamline production, but between the two fin systems, Futures streamlines production more because of FCS’s canted boxes. Which means, from an inventory perspective, “more types of fin boxes to keep in stock, and a lot more SKUs to keep track of.” 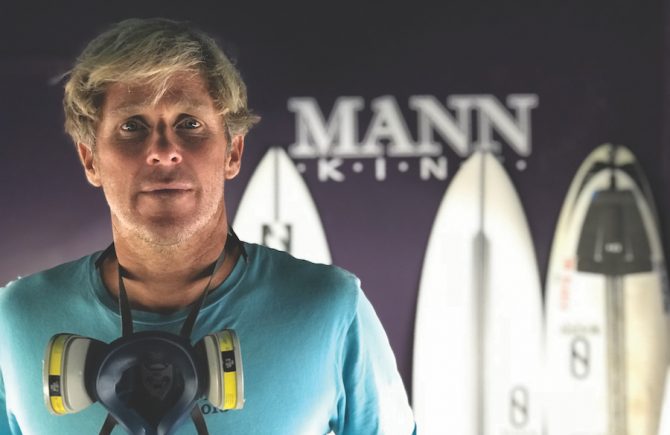 Furthermore, whereas FCS is produced overseas, Futures fins and boxes are produced in Huntington Beach, Calif. “We’ve got nothing against offshore manufacturing, we do it ourselves, but all things being equal, if there is a simpler option, why wouldn’t you take it?” said Price.

For those reasons, Price and the Firewire team thought Futures would be the right move from an internal perspective. But they had to know what their consumers would think as well.

“We did a ton of surveys over the last few years,” Price told me. “Especially as we were considering moving to that universal box. And the results were fascinating. There’s definitely hardcore surfers on either end of the spectrum that are just diehard FCS or Futures fans, but the vast majority of surfers sit in that sweet spot where they might even have a preference, but they’re not militant about it. And in most cases, they actually have both systems in their quiver. And so we thought that we may lose some customers for sure. But at the end of the day, we believe that the vast majority of customers would back us.” 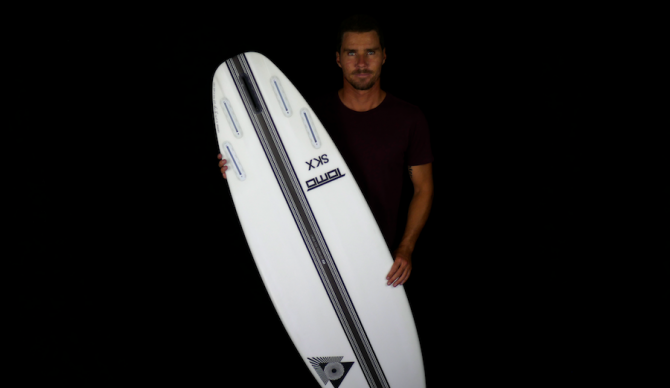 “There’s been a nucleus of preference for Futures over FCS within Firewire,” says Price. Daniel “Tomo” Thompson, with one of his designs, the SKX. Photo: Firewire

To cap it all off, “there’s been a nucleus of preference for Futures over FCS within Firewire,” says Price. Dan Mann has been more of a Futures guy, as has Rob [Machado]. We like the full base engagement that gives the fin more stability and we believe just a bit more drive. And we simply don’t believe that consumers are put off by a single fin screw. The click-in system is fantastic and a wonderful innovation, and it’s welcome to sit alongside Futures, but we don’t believe that it is so superior to a single screw that it’s a deterrent to our customers, especially when you consider the increased risk of losing a fin as a result of that convenience.” 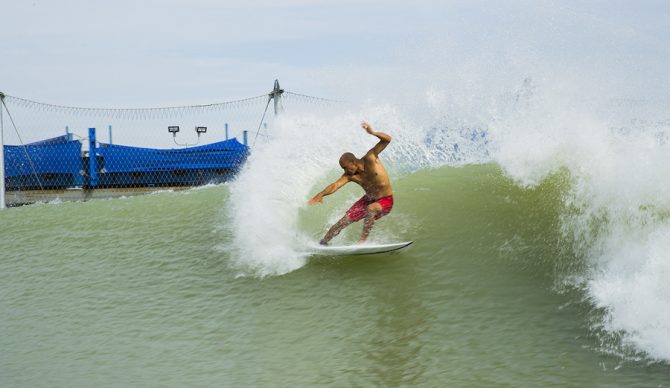 Kelly Slater has had a 35-year relationship with FCS Fins. That partnership is coming to an end. Photo: Firewire

However, someone who has never “preferred Futures” is the GOAT himself, Kelly Slater, who’s had a 35-year working relationship with FCS as one of his sponsors. Kelly also has a pretty big stake in Firewire, so Mark knew they’d have to get Kelly on board if they were to make the move to Futures. And that’s where Endorfins comes into the picture. It’s a piece of the puzzle for sure, but not as big of a piece as some have suggested.

The idea of Firewire using Endorfins to subvert the current fin industry is “ridiculous,” Price told me. “However, it was very useful in bringing Kelly on board with our move to Futures. In a way, starting Endorfins and riding his own fins through that company set Kelly free from the influence of FCS. Now that he was riding his own fins, all we had to do was get a few boards with Futures boxes under his feet, and once he felt comfortable riding Futures boxes, we felt ready to announce the move.” 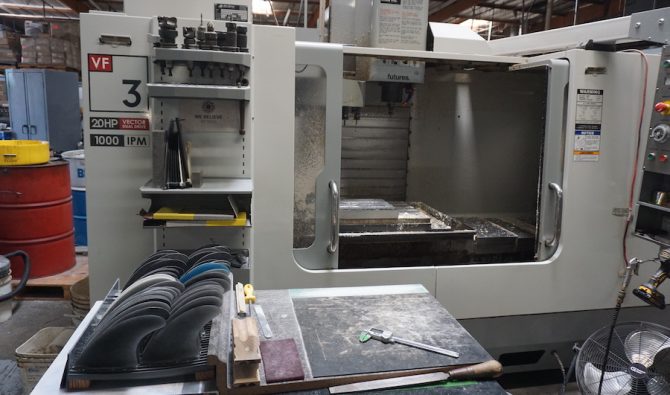 The dedicated prototyping workstation. When we’re working with an athlete (like John John) on new fins, we’re able to produce a new fin prototype in about two hours,” says Vince Longo. Photo: WS

A recent article on the subject hints that this could potentially be part of a bigger move by Firewire to completely subvert the fin companies altogether, not just FCS but Futures as well, by producing their own Futures finboxes through the Scarfini fin company that currently produces Kelly Slater’s Endorfins. In fact, when I reached out to FCS for comment, I was directed to said article as Surf Hardware, the parent company of FCS, is in the process of introducing a new CEO, and he wouldn’t be available for comment just yet. “These guys seem to see it for what it is,” said Todd Prestage, the regional manager for the Americas at Surf Hardware, in reference to the article. 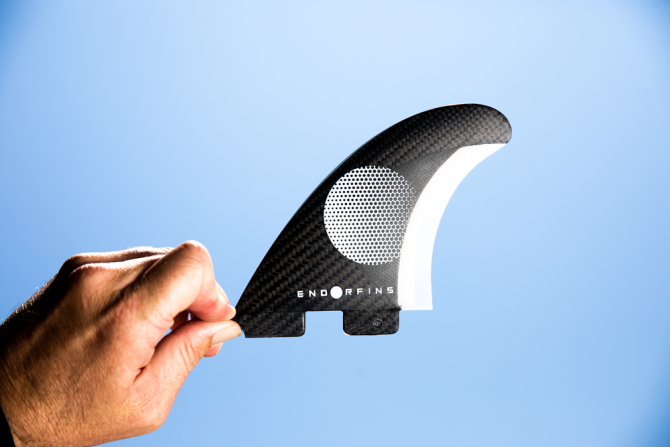 However, when I asked Price if this was in fact their intention to make their own fin boxes through the Scarfini fin company, he was quick to shut that one down. “Absolutely not,” he said. “We believe that Futures is a very innovative company, so we would like access to their fin box developments down the road. And we like the credibility of being associated with Futures. I think it adds value to our decision.” 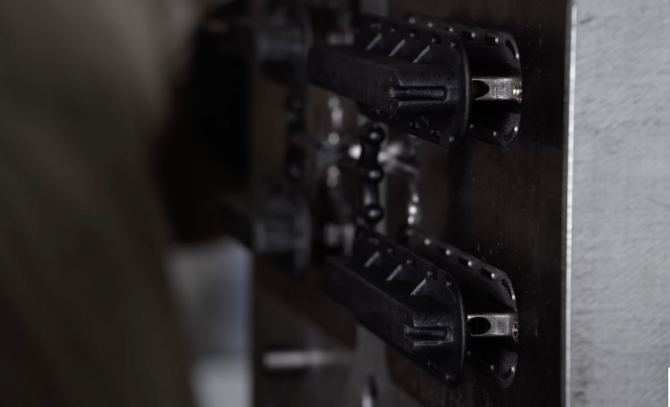 A set of Futures boxes, hot off the press. Photo: Futures

Vince Longo of Futures gave more insight: “Going out and making your own fin boxes is hard,” he said. “Plenty of other companies out there make Futures-compatible fin boxes, our patent ran out years ago, but none of them are as good as ours. We’ve put a lot of effort into testing how they work with different resins, different foam densities, etc. And best of all, we sell our boxes super cheap to manufacturers. At most, a surfboard manufacturer might save a dollar or two per box if they choose to make their own fin boxes, but the cost of developing your own box and risk of getting it wrong far outweigh the potential savings.” 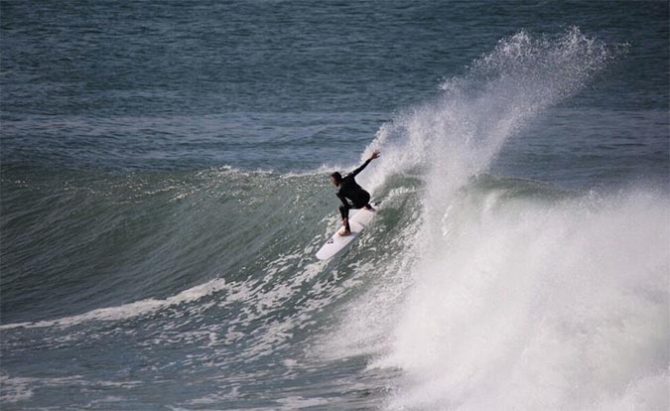 Mark Price, enjoying the fruits of his labor (a Tomo Vader) at J-Bay. Photo: Dave Aherns//Firewire

“The conference call we had with FCS to announce our decision was gnarly,” Price told me. “They kept on asking me – ‘what did we do to you guys that you are doing this?’ And all I could tell them was that it was purely a business decision. Any troubles we’ve had with them or Futures in the past is water under the bridge, and we felt that this was the right move for Firewire given the reasons I just described.”

How’s the response so far, I asked Price? Has the decision turned out to be positive as you hoped? “Let’s check in again in a year and if I still have my job, then it would be a yes,” Price said.