After Woolsey Fire, Mudslides Could Bring More Devastation to Malibu 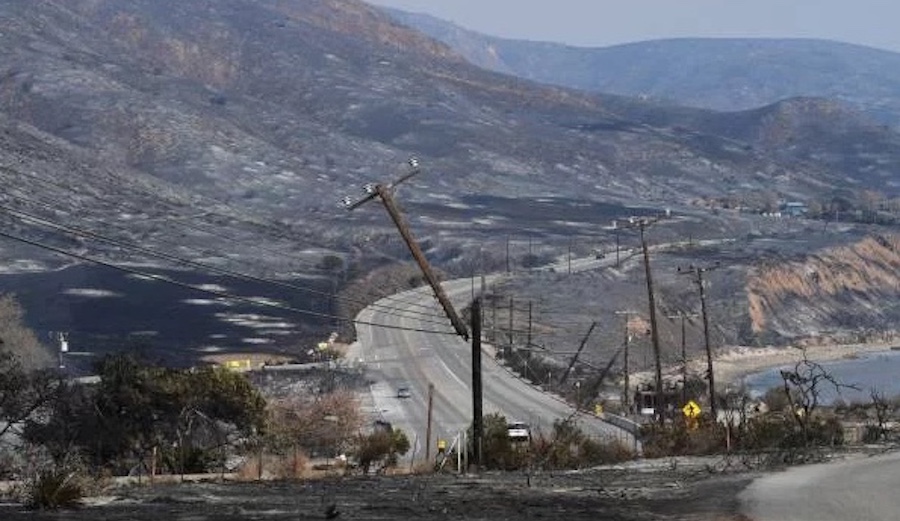 Leo Carrillo State Park is virtually unrecognizable after being ravaged by the Woolsey Fire. Mudslides, though, may hit the Malibu area with a double whammy this winter. Photo: Reddit

The devastation wrought by the Woolsey Fire in Malibu and Thousand Oaks has hit the Southern California surf community hard. Laird Hamilton singlehandedly fought off flames around his home and posted the ordeal on Instagram. Strider Wasilewski lost his home after a harrowing escape with his family. And our very own Alex Haro was evacuated from his abode late last week – the status of which is yet unknown, but, sadly, it’s not looking good.

Our thoughts are with all of those affected (and if you’re able, you can donate to continued relief efforts here).

While Malibu residents slowly return to the affected areas to pick up the pieces and begin to rebuild, going for a surf is likely the least of their worries. In the coming months of winter, that may change. But, if last year’s Thomas Fire that ravaged areas of Ventura and Santa Barbara is any indication, areas of Malibu may still be at risk.

As many Californians understand by now, when wildfires destroy trees and foliage hillsides lose natural anchors holding earth to the slope. When that happens, areas are particularly susceptible to mudslides – which is precisely what happened in Santa Barbara County following the Thomas Fire. Mudslides in Montecito closed parts of U.S. Route 101 for weeks and beaches from Goleta to Rincon were also closed.

No doubt many Malibu residents are concerned that heavier winter precipitation could cause a repeat scenario down south (there’s actually a slight chance of rain forecasted for mid-week before Thanksgiving).

“Ventura surfer here… Don’t surf after the rains. I almost died of E. coli last year after the Thomas fire,” explained Reddit user u/TheAnimas in a PSA of sorts. “The doctors said they were seeing lots of surfers sick.”

According to Bill Hickman, Southern California Regional Manager at the Surfrider Foundation, these concerns are very real. “As we learned from the Thomas Fire in 2017 and subsequent mudslides, there will likely be severe ocean water quality issues once it rains,” he explained in a blog post. “The question that many of us will be asking ourselves is when will it be safe to go in the ocean?”

For now, there is only one water quality warning at Surfrider Beach Malibu Lagoon, where bacteria levels exceed state standards. Air quality is also slowly improving.

Still, Hickman warns that in the next few months particular attention to water quality should be paid by anyone hoping to jump in the ocean. “The water quality impacts will be correlated to how much rain falls and the extent to which mudslides occur near the ocean or coastal waterways, as these factors determine the level of stormwater runoff,” Hickman explained. “This runoff can bring high levels of nutrients, pesticides, and animal waste from agricultural areas; debris from compromised buildings and developments that could include heavy metals and household chemicals; sewage or untreated wastewater from damaged infrastructure; and more to county beaches and coastal waters.”

If there’s any respite it’s that unlike Rincon to the north that was closed during its primary swell window, many of Malibu’s pointbreaks will remain pretty dormant during the winter months.

For information on water quality at LA County beaches, you can go here. Although, Hickman explains that the results of water quality tests are typically posted two days after samples are taken.

“The general advisory for most of Southern California is that once it rains more than 0.1 inch, people should stay out of the water for at least 72 hours,” he said. Adding, if the water is brown, best not paddle out.