My Wave: A History of Surf Localism 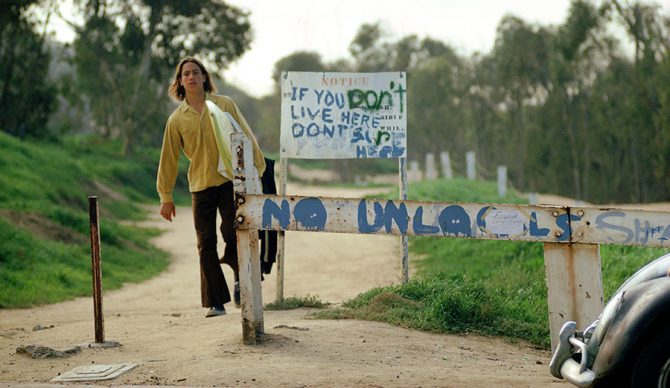 Localism is nearly as old as surfing itself. Photo: Jeff Divine

Editor’s Note: Welcome to Surf History 101, where we look at innovations in the world of surfing and beyond that changed the pursuit forever. In this edition, Sam George examines surf localism and how it’s shaped the pursuit.

Surfing’s most potent behavioral display, localism is a form of territoriality in which surfers living in proximity to a particular surf break resent fellow surfers from other regions and actively discourage their presence and participation.

While no historical precedents mark the first time “my wave” was uttered by a surfer, the logical starting point in an examination of localism is Hawaii, where the sport as we know it first flourished. By the 17th century, Hawaii had developed a rich surfing culture that would be recognizable by any surfer today, complete with surf competitions, wave forecasting, board building, surf travel and, we can only assume, some form of territoriality.

It is said, for example, that “Queen’s Surf” in Waikiki was reserved for royal sliders, and strictly kapu, or forbidden, to commoners, under penalty of death by strangulation. This would make paddling out at V-Land today seem like a snap. But a more cogent case for the origins of modern Hawaiian localism is made by Dr. Isaiah Helekunihi Walker, professor of history at Brigham Young University in Laie, who in his published volume “Waves of Resistance: Surfing and History in Twentieth-Century Hawai’i” (required reading for any serious surfer) asserts that the ka po’ina nalu, or “surf zone,” was a vital refuge for an otherwise tragically marginalized native populace.

“By the early 20th century,” writes Dr. Walker, “Hawaiian surfers in Waikiki successfully combated elite haole annexationists, had sex with elite white women, ran lucrative beach concession businesses, beat up American and European soldiers and dictated what haole could and could not do in their surf.”

Sound familiar? Apparently not much has changed in a century, so far as surfing in Hawaii is concerned. Yet Island-style resistance to outsiders has a legitimate cultural component lacking in the more sociological aspects of localism as experienced by the majority of surfers.

As to the origin of that brand of intimidation, we look to Malibu in the late 1950s, and early 1960s, where resistance to interloping “Valley” surfers established the template for virtually all forms of localism to follow. It was here, on the thin crook of sand and gently peeling point waves at the mouth of Malibu Creek, that a virulent “us versus them” aesthetic developed in the wake of the surfing boom that followed the 1959 release of “Gidget,” the hit feature film that let the rest of the country — and most significantly nearby San Fernando Valley — in on Malibu’s big secret.

The great irony, of course, is at the time you could count the number of surfers who actually lived in Malibu on half of one hand, with the majority of ‘locals’ hailing from Santa Monica and L.A.’s South Bay, both surf regions further in miles away from First Point than Woodland Hills in the Valley. Keep in mind that the notorious Mickey Dora, who once referred to himself as “the rightful king of Malibu,” went to Hollywood High School and never lived anywhere near his “kingdom.” Nevertheless, “Valley Go Home” soon became a rallying cry for those surfers who perceived Malibu as what biologists term “home range.” This describes “an area covered by an individual animal in its general activity.” Meaning, in our case, a surf spot populated by surfers who, whether by inclination, proximity and/or lack of gainful employment, spend all day, every day there.

This invariably leads to a response known as “territoriality,” described by the same experts as, “The method by which an animal, or group of animals, protects its territory from incursions by others of its species. If such advertisement does not discourage intruders, chases and fighting follow.” The key phrase here —“others of its species”— is what delineates Hawaiian cultural resistance to the uniquely Californian brand of territoriality commonly known as “localism,” which can trace its roots back to Malibu, and the first time Dora was seen kicking his board at a surfer who shared, if not the same status, then at least the same zip code.

Most surfers, when asked, will say that everything bad about surfing is due to crowds. This is an over-simplification perpetuated by a pervasive perception of lack.  The case can be made that, in fact, everything bad about surfing is due to the systemic assholiness associated with localism that has spread worldwide over the past six decades. Consider the vibe at crowded breaks like Waikiki, Byron Bay, San Onofre, or La Côte des Basque and compare it to un-crowded spots like, say, Newbreak in San Diego, Kalbarri in West Oz, or Seaside, Oregon.

The difference lies in the nature of the waves, sure, with those of higher amplitude and consequence requiring more focused commitment than mere “recreational” spots. But the “us versus them” culture that has grown up around many of these black diamond waves has seeped into the collective consciousness, rendering the very concept of sharing waves unfathomable to most competent surfers, local or not.

Truth is, if every surfer out on a crowded day at Rincon wasn’t on some level operating on the assumption that they somehow deserved more waves than their brothers and sisters — “deserving of more” being the basic tenet of localism — then everyone in the water would have a helluva lot more fun.  On the other hand, localism has certainly worked for those fortunate (or unfortunate, depending on your take on the doctrine of karma) few surfers who live near surf spots like Lunada Bay, Hollywood-by-the-Sea, Rights and Lefts, Tamarin Bay, Cactus and anywhere on Kauai, whose waves remain relatively un-crowded due to the legacy of “chasing and fighting” that has been discouraging “intruders” for decades.  Granted, these aren’t particularly happy places, even for many of the locals, compelled, as they so often are, to surf with perpetual scowls in preparation for the predicted coming invasion. But they do get a lot of waves.

This one’s easy: Costco WaveStorms and the audacity of those who ride them to think that they have as much right as anybody to enjoy surfing. Like, what’s up with that?