On the Road to Recovery with Sally Fitzgibbons 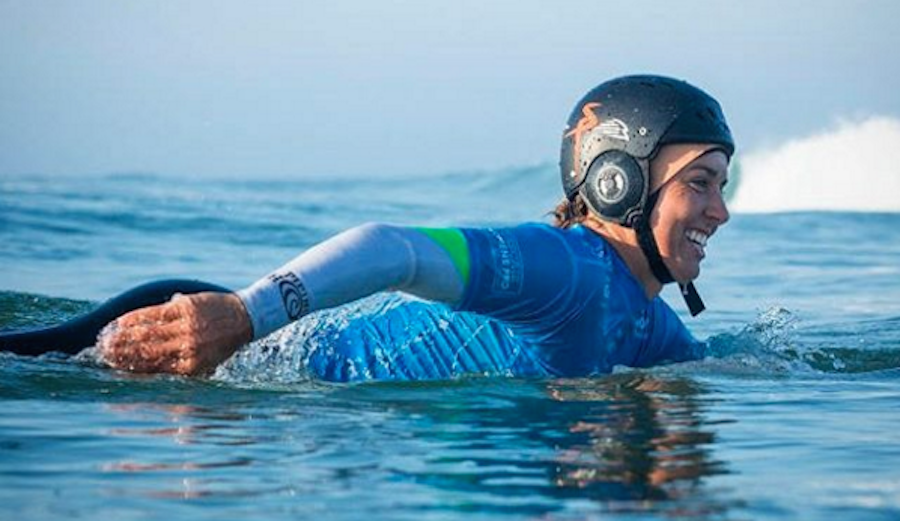 After bursting her eardrum in Fiji, Sally has had a rough road to recovery. But throughout it all, she’s new found strength and confidence. Photo: @sally_fitz

Evan Geiselman, Owen Wright, and now Bede Durbidge. Pipeline has been relentlessly taking down some of surfing’s most powerful chargers in recent weeks, closing a year already riddled with serious injuries among the elite.

With all the heavy news and close calls coming out of Hawaii, leave it to Sally Fitzgibbons to shine a little positivity on the scene as she gracefully overcame a burst eardrum from Fiji and transitioned from tears of defeat to a confidence she didn’t know she could achieve.

As the women competed at Honolua Bay on Maui last month, Sally’s angular face was notably more visible for the first time in a long time. Gone was the bulky helmet that had been protecting her injured ear since the summer, and in its place was a barely-there earbud that could almost be mistaken for a Bluetooth.

Sally said her eardrum will always have a slight weakness, but she will only have to wear the ear plug when she surfs bigger swells. She breathed a heavy sigh as she explained the freedom she felt from no longer wearing the heavy gear that had caused her a level of vexation she’d never experienced as she learned to surf with a protective bubble around her head.

“That was a cool injury to work through and enjoy the confidence that you can push through it,” she said. “I found it pretty challenging. That first two weeks when I put it on was a lot of tears, a lot of frustration that I couldn’t surf the way I wanted to. But you just make the most of your situation, find a way…it’s far from easy, and that’s what makes it special.”

Hopefully Sally’s determination to compete, win, and overcome her injury can serve as inspiration for all of the surfers battling back injuries, from her childhood friend Owen’s head injury to Bede’s recently shattered pelvis.

“You see it time and time again that some athletes just can’t play through some of their failures, so the top little elite echelon even in our sport show that determination of what we’ve had to come through,” she said.

As for the helmet, Sally’s considering auctioning it off eventually because “it’s a really cool piece of memorabilia in my career.” So keep your eyes out, Fitz fans, but don’t plan on wearing it yourself: it was specially molded to fit Sally’s head. 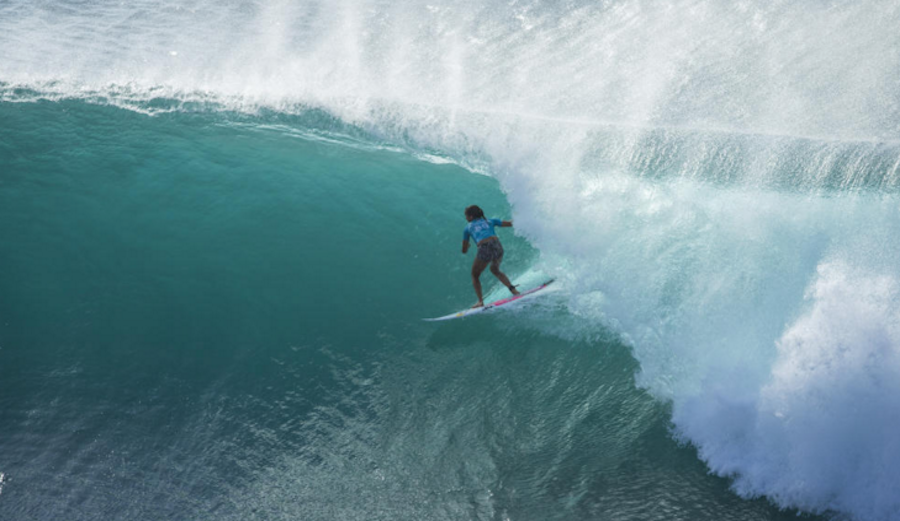