Owen Wright Hospitalized After a Multiple Wave Hold Down at Pipeline 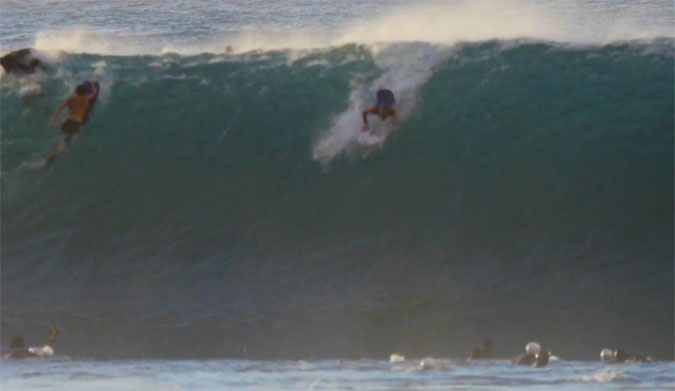 Owen Wright has been putting in time out at Pipe in the past few days, scoring this Wave of the Winter entry.

Things on the North Shore just keep getting scarier and scarier. Early this morning, before the trials for the Billabong Pipe Masters began, Owen Wright was out surfing in unruly conditions when he suffered a multiple wave take down. Afterwards he wasn’t feeling too hot, so he went back to the Rip Curl house to take a nap.

Hours later he still hadn’t gotten any better; in fact, things had worsened. He was dizzy and disoriented so it was decided to call for help. Owen was taken to the hospital, reports The Sydney Morning Herald.

Dave Prodan, VP of communications for the WSL, told The Inertia: “The WSL is aware that Owen Wright was reportedly feeling not well and event medical staff sent him to hospital for further diagnosis. We will continue to release information as appropriate.”

The Rip Curl team is unable to comment further on Owen’s condition until they receive official information from the doctors.

And all this happened on the eve of the opening day (hopefully) for the final event of the season, where Owen, slotted at number five, has a shot at the World Title.

This is just the most recent in a string of scary surf incidents this season on the North Shore. Over the weekend Evan Geiselman was rescued from a near-death wipeout at Pipeline. And Mikala Jones needed 21 stitches after going down at Off the Wall.

Accidents are bound to happen when people are surfing waves of consequence. But the tension seems to be hitting a new high right now as it is an El Niño year and people are pushing the limits.