3 of the Best Pipe Masters Heats Ever 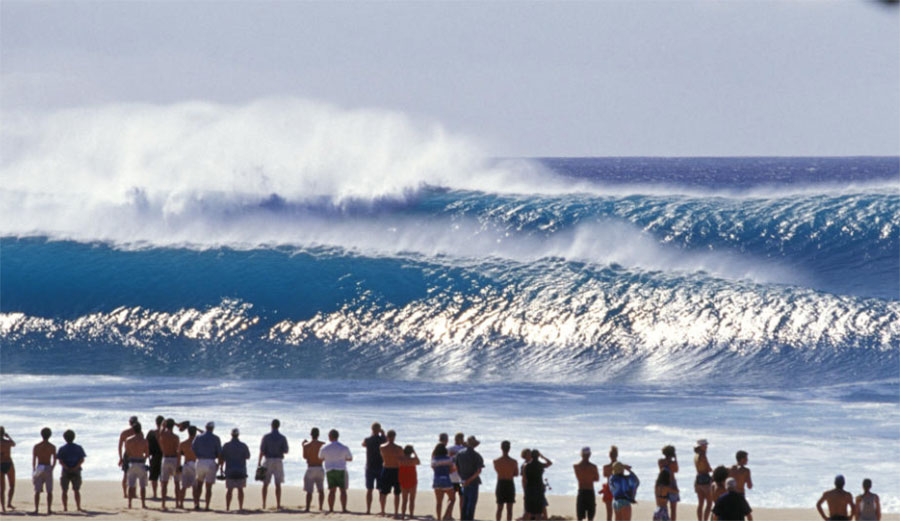 While spectating on the beach isn’t allowed this year, there isn’t a better place to watch pro surfing than right in front of Pipeline. Photo: WSL

On December 16, 1971, a tiny ball started rolling down a very long hill. It was a little contest organized by the 1968 world surfing champion, Fred Hemmings, and it had a $1,000 prize purse. Called the Hawaiian Masters, it was sponsored by Continental Airline, and ABC broadcast it on the Wide World of Sports. It was held at a little wave called the Banzai Pipeline. Since then, the tiny ball that would become the Pipeline Masters has picked up a lot of steam. It’s likely the most famous event in all of surfing, and the waiting period for the World Surf League’s Billabong Pipe Masters presented by Hydro Flask kicks off once again on December 8.

Way back in 1971, however, only six surfers were invited. It was a single heat. Hemmings set up a card table and ten metal folding chairs in the sand. Less than 50 people showed up to watch. It wasn’t huge, but it was Pipeline — around six-foot Hawaiian, according to the stories. Jeff Hakman dominated and took home his $500-half of the purse. Gerry Lopez wasn’t there, reportedly because Corky Carroll told him the event was postponed. Carroll finished third. One can only guess at the outcome had Lopez been involved.

While Gerry Lopez is the undisputed king of Pipeline, Kelly Slater is the most successful competitive surfer there. His record might never be broken — he’s been in the game for a long time, after all, and he’s put in more years than most pro surfers ever will. But no matter who’s surfing, it’s the ultimate contest site: “There’s nothing like it for showcasing the sport at its absolute staggering best,” Nick Carroll once said. Now, it’s become a cornerstone of the proving grounds.

Some of the greatest surfers in the world have proven their talent there, winning multiple times. Tom Carroll won in 1987, 1990, and 1991. Derek Ho won in 1986 and 1993, and Kelly Slater won an unprecedented seven times, dominating over multiple generations of hyper-talented up-and-coming surfers. Although others beat Slater, his real competition was the late, great Andy Irons, who won the event four times – in 2002, 2003, 2005, and 2006.

Now that the history lesson is over, it’s worth a look back at three of the greatest heats that ever went down at the Pipeline Masters. There are a million other wonderful Pipeline moments, so let us know in the comments section below which ones you remember.

First off, I apologize for the video above. It’s weirdly hard to find video of this event. The Slater/Irons rivalry was exactly what surfing needs. Slater the saintly protagonist, white wetsuit and all. Irons the self-proclaimed antagonist, the guy who represented the brash side of surfing. Aggressive, fast, loose, his surfing was the perfect yin to Slater’s yang. Irons the local boy, Slater the Floridian star. Irons won in storybook fashion: with two minutes left on the clock, Irons secured a perfect 10 on a Backdoor funnel. The crowd went nuts, and we were left with one of the greatest Pipeline heats on the books. There will never be a rivalry quite like the one between Andy Irons and Kelly Slater.

There’s almost always a lot of hype around so-called “superheats”. It makes sense: pro surf fans like to watch the world’s best surfers battle it out. But it only really works if the waves cooperate, and one of the best and worst things about surfing is that often, the waves don’t. But in 2015, they did. Mick ended up taking the win, although we’d bet a lot of people lost money on that one — or made a pile of it.

It was finals day at the Billabong Pipe Masters, and a world title was on the line. Gabriel Medina came up against Kelly Slater and did his very best to live up to the standards of an Irons/Slater rivalry. In a much-contested move, Medina burned Slater on a Backdoor runner. Fans came unglued. Medina, however, had priority. And to top it off, Slater had pulled a very similar move in a long-ago heat against Joel Parkinson at Snapper Rocks. But since Medina is Medina and Slater is Slater, the uproar was a little louder when Medina did it. In my view, though, it was proof that Gabriel Medina had taken the throne as the best competitive surfer on earth.