Pay No Attention to the Company Behind the Curtain: 5 Changes to Look for at Snapper 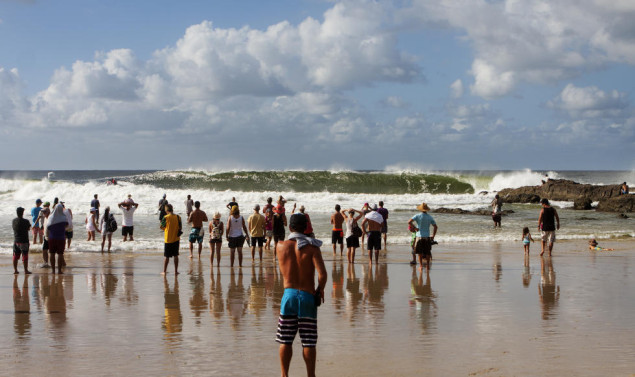 As of late, the surf world has been inundated with news about changes and updates in competitive surfing. From the revamp of the ASP website and the addition of J-Bay, to new major sponsors (Samsung and GoPro), and the annexation of the Big Wave World Tour, it’s clear: mama’s got a brand new bag. But, with all the talk of ZoSea Media Holding’s involvement behind the scenes, this wonderful wizard of a company still remains shrouded in mystery.

A simple Google search results in a cascade of articles that all seek to explain ZoSea’s leadership and the grandiose ideas of elevating the World Championship Tour to an entirely new level. Until recently, though, the actual changes that were going to help ASP and ZoSea achieve this goal weren’t exactly public knowledge, which made the recent barrage of press releases and information overwhelming for most.

In light of this, the following list trims the fat in order to present viewers and attendees with five changes they will notice at the upcoming Quiksilver Pro Gold Coast.

Remember the good old days when watching your favorite surf contest meant finding the website for that specific event, and streaming from there? You know, like last year? Well this year, the Quik Pro at Snapper, as well as every other contest, will be available for streaming directly through ASP’s newly revamped site. For the first time, each contest’s live stream will have a uniform interface and be accessible through one central hub. 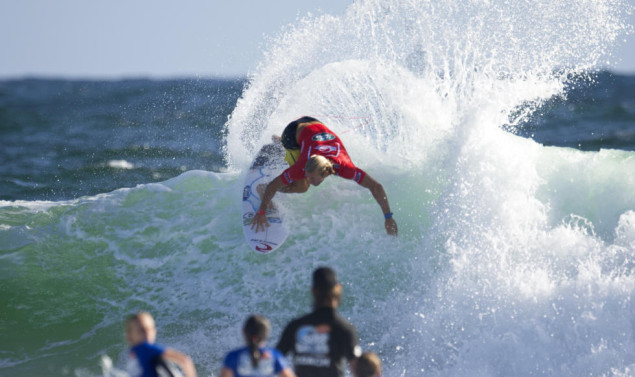 One of the biggest announcements in anticipation of the start of this year’s surfing season was the return of Owen Wright to competition. Wright sustained a back injury at the Bells contest last March, and was unable to compete for the remainder of the year. Due to a revision in the ASP rule book that explains that a surfer, “when returning from injury if ranked in the top 10 on the ASP WCT Rankings before the injury…will be seeded 13,” Wright will be seeded 13th and face a much easier draw in round 1.

3. Priority Blocking Can Only Be Used Once 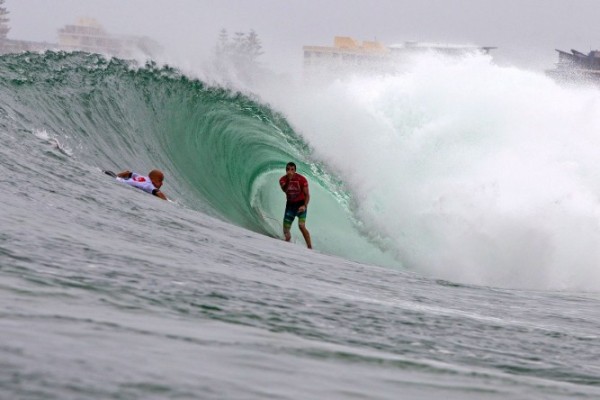 Parko lets the bird out of its cage. Photo: ASP/Carey

Who can forget last year’s dramatic final, when Kelly used his priority to drop in on Parko on a wave that could have easily won him the heat. The photo of the wave will live on in infamy. Because of recent changes to the ASP rule book, though, surfers will only effectively be able to use their priority to block waves like this once. So don’t expect to see anyone get flipped-off twice this contest. There is a strict one bird maximum per surfer.

One of the most interesting introductions this year is a proprietary rule that gives the ASP full usage rights of anything shot by photographers or videographers around the event. While this is contradictory to Australian law, and will likely be tested during the contest, it’s also unclear how this will be applied to overzealous fans taking selfies with their favorite surfers for Instagram. Regardless, it is definitely something that all attendees should consider.

Lastly, sponsors have increased the prize money this year from $450,000 dollars to $500,000. With the WCT’s new title sponsor and the overall goals of the ASP very clear, an increase in the overall prize purses of each contest seems to be a logical step in elevating the value of competitive surfing. Be sure to keep an eye out for a bigger number on the winner’s check, as we saddle up for what’s bound to be a very exciting year.