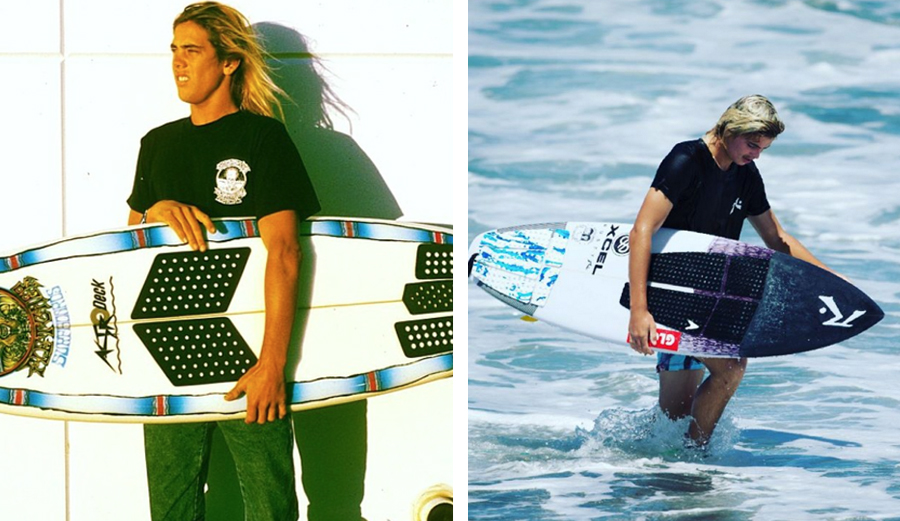 Christian Fletcher was a big proponent of front deck grips in the ’80s and ’90s. Now guys like Noa Deane are bringing them back.

Noa Deane is drinking screwdrivers. One in each hand. He’s in Hawaii and it’s after Surfer Poll, an event you wouldn’t expect Noa Deane to be at because of the incident (“Fuck the WSL“). But he’s there, lurking at the bar, double-fisting stiff tropical drinks.

He starts talking about front deck grips, ya know, as one does when drinking vodka and orange juice.

“Imagine you’re walking around your house barefoot; would you want one foot on carpet and the other on hardwood?” he implores. Or at least it was something like that. It has been a month or two since the conversation and did I mention screwdrivers?

But Noa had a point. And the rest of the surf world (above-the-lip specialists in particular) seems to be thinking the same thing.

Back in the 1980s, guys like Christian Fletcher began putting deck pads under their front foot in order to properly mimic the aerials done in skateboarding. And for a while the aerial, along with the front deck grip, became somewhat of a novelty, an aversion from the core surfing mold. The “Airshow” became a thing. Traditionalists scoffed. Taylor Knox didn’t bat an eye, continuing on his merry power-surfing way.

Somewhere along the line, however, the aerial became the norm. And since that shift in high-performance surfing, the front deck grip – which allows traction akin to griptape on a skateboard – is making a comeback.

If you watch any edit of contemporary surf royalty, you’re bound to spot a front deck grip or two. From Balaram Stack to Chippa Wilson, it’s becoming a standard. Just the other day at Santa Barbara’s version of the Superbank, I saw East Coast flyboy Cam Richards and South Africa’s Brendon Gibbens both sporting two deck pads. In five years will they be ubiquitous? Not a single board without them? Maybe not. But perhaps.

More than anyone else, Noa Deane continues to be the movement’s main proponent. He regularly rides boards sporting front and back deck pads.

And the day after Surfer Poll, with a lingering hangover throbbing in his skull, Noz launched the punt of the day, possibly the season, out at Rocky Point under the orange glow of sunset. It was a frontside slob with a landing that smacked the lip like a skateboard on metal coping. What allowed such skate-like stickiness? See for yourself. 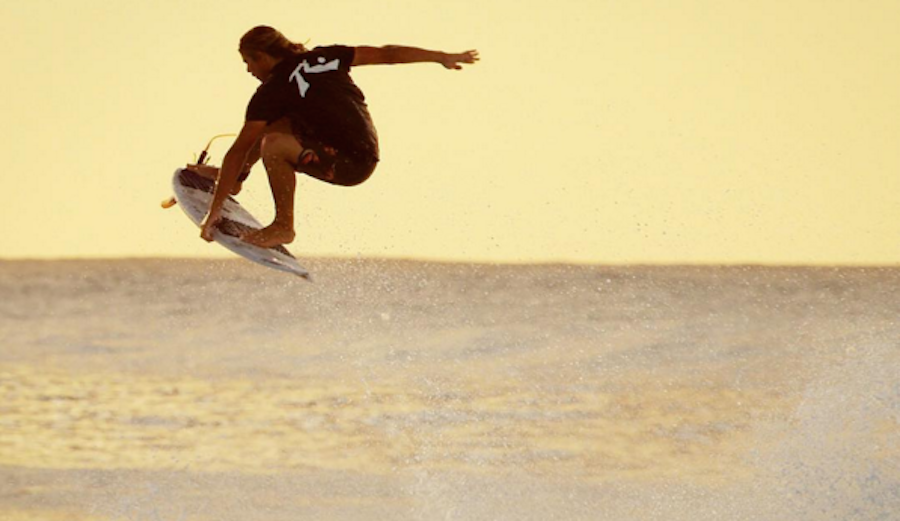