Social Media Study: 100% of ‘Coupla Fun Ones’ Posts Are, In Fact, Best Waves Ever Surfed 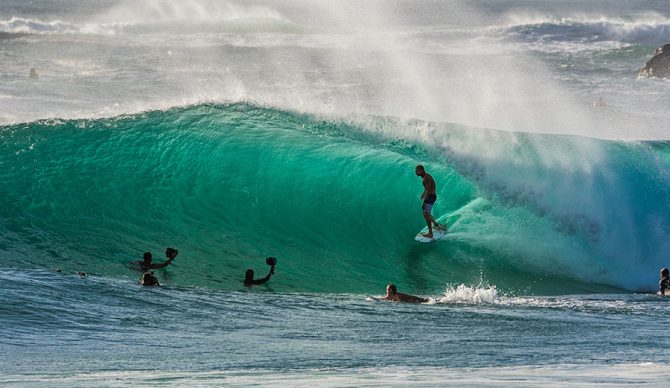 Jonah Anderson has been posted up in a beachside parking lot for three hours today, but he hasn’t surfed. In fact, even though his favorite wave is “absolutely nuking” right now with gentle offshores grooming overhead faces, he won’t surf at all. Instead, Anderson, a founding member of the California-based research group Surfers for Sociology, is conducting an intense qualitative study. Clipboard in hand, he’s surveying every surfer who gets out of the water with a simple “Howzit…”

The surfers’ responses range widely, but the overall consensus is that this is more or less the best day of the year thus far. Some of the surfed-out study subjects even admit in their anonymous questionnaires that they’ve caught the best wave of their lives. Anderson then asks each surfer for their Instagram handles so he can share the results of his secret study and says goodbye.

Anderson and his fellow researchers at SFS have been conducting this same research in beach parking lots across the nation for the past year anytime and anywhere surf reports forecast clean conditions with waves head high and above. And the most fascinating find in the more than 172,000 data points since the summer of 2019 is how those magical, all-time sessions are summarized when highlights make their way to social media later that day.

Of the 172,000 respondents, Anderson has found that 100 percent of surfers post their ensuing social media photos commemorating each session with the same caption: “Coupla fun ones today…”

Pulled back lineup shot of a peeling point break: Coupla fun ones today.

Video of a surfer airdropping into a bottomed-out drainer and nearly escaping the wrath of a bone-crushing lip: Coupla fun ones today.

Double and even triple barrels in overhead surf (not claimed): Coupla fun ones today.

“What’s also fascinating about this study,” Anderson points out, “is that local pros seem to be the biggest culprits of this. We interviewed 172,000 surfers and reviewed half a million social media posts, and local pro surfers are 32-times more likely to use the caption ‘Coupla fun ones today,’ regardless of conditions. But time and again, those ‘fun ones’ seem to be images worthy of a magazine cover.”