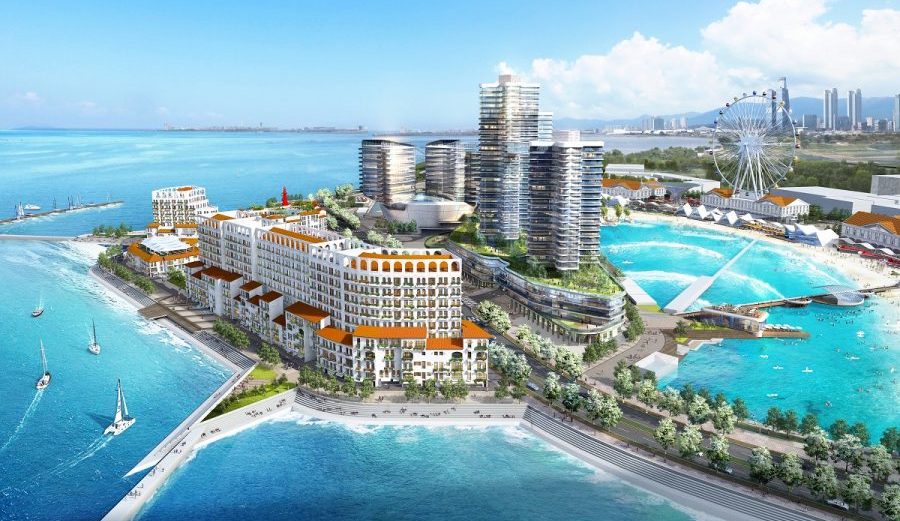 Earlier this year, news broke that the world’s largest surf park – headed to South Korea of all places – was in the planning stages. The thing about planned surf park developments is it’s one thing to sketch out impressive renderings and spread hype, and it’s quite another to overcome regulatory hurdles and break ground. Read also: Kelly Slater Wave Company’s difficulties (last we checked-in, that is) in a Tokyo suburb and Palm Beach, Florida.

According to a statement from Wavegarden, though, the project in South Korea has officially broken ground, making the $2.3 billion affair complete with a Wavegarden Cove as its centerpiece one step closer to reality.

The occasion was marked by a ceremony rife with pomp and circumstance – that appears strangely out of character for a surf park – as 500 suit and tie-clad VIPs gathered under the sweltering South Korean sun in the city of Siheung. Among them were the governor of Gyeonggi Province, the mayor of Siheung, the project’s director, and Wavegarden’s Chief Commercial Officer, Fernando Odriozola. 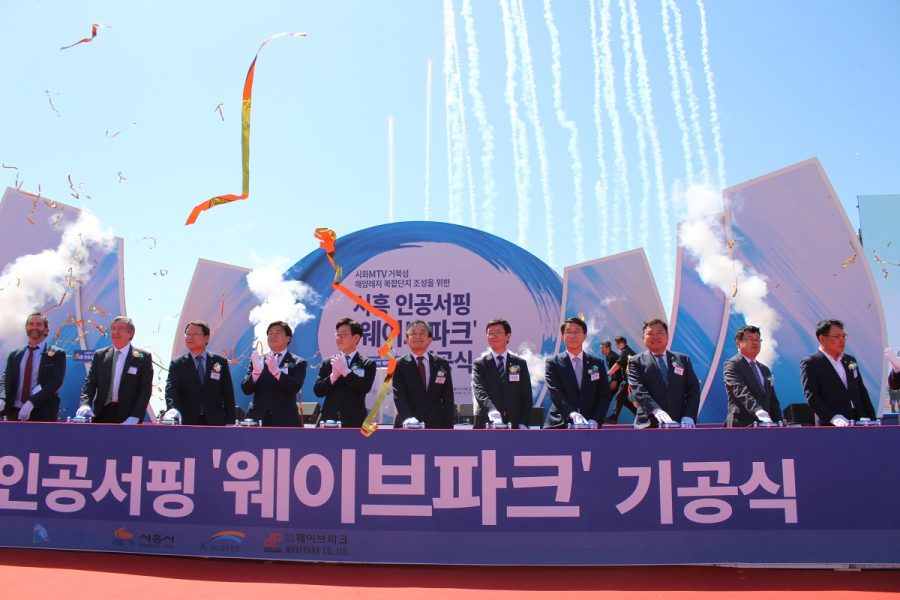 According to Odriozola, the ceremony and the development project with a large Wavegarden Cove at its center is indicative of a nation anxious to lead the way in the cultivation of surf culture in the region. Presumably, the sport’s 2020 Olympic debut has something to do with it.

“Our hosts are really embracing the sport of surfing and we’re confident that this Wavegarden project will become a mecca for surfing, not just for Koreans, but also for people throughout Asia,” said Odriozola in a statement.

The Wavegarden Cove will feature more than a half-mile of beach and be surrounded by a hotel, convention center, marina, and Ferris wheel.

In a press release, Wavegarden explained that developers anticipate the surf park will open to the public in 2020 and all of Turtle Island will attract some two million visitors per year.

“Siheung, a city formerly known for its industrial manufacturing business, will transform its venue into an epicenter for tourism and leisure,” read the statement from Wavegarden.