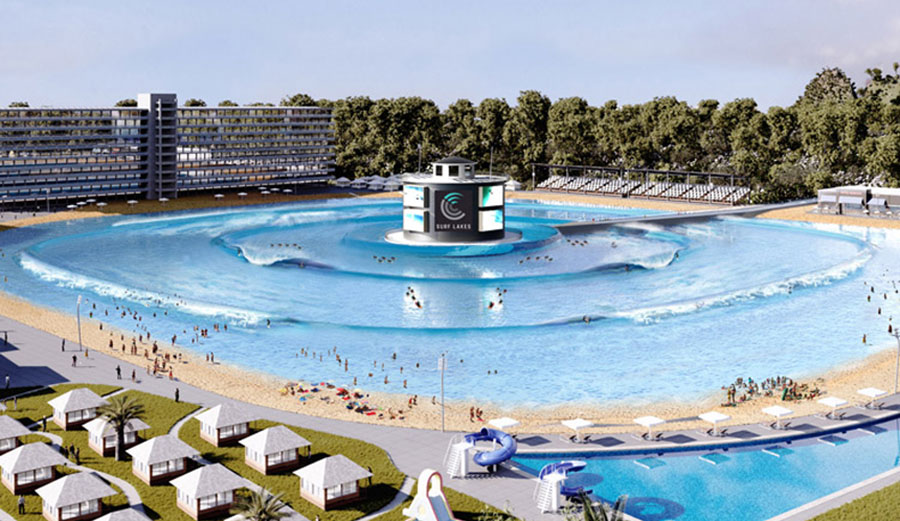 So crazy it just might work! Image: Surf Lakes

We’re in the middle of a wave pool arms race right now. Wavegarden truly kicked it off a few years back, then Kelly Slater’s Surf Ranch hit the overdrive button. Soon after, the BSR Park, using American Wave Machines’ tech, shot for the moon and, as far as public reaction goes, hit the moon square in the face.

Of course, nothing great is ever created without a bit of competition. So what’s the next pool on the docket? Surf Lakes. What exactly is it, you ask? It’s a system that’s far different than any others we’ve seen. In short, it’s a giant plunger that drops in the middle of a circular pool, sending waves that break over a carefully designed bottom. Recently, the executive director of Surf Lakes, Reuben Buchanan, took a tour of the construction and gave a quick explanation of how things work.

Backed by Occy and Barton Lynch, Surf Lakes is just about finished. If all goes well, they expect to start filling the pool by mid-October, a process that is expected to take about five days. The pool, according to reports, takes 80 megaliters. A megaliter is one million liters. Then they’ll run a one-month testing period to iron out any wrinkles. Located in central Queensland, the pool will create eight different waves, each appealing to a different kind of surfer.

Despite the fact that only a select few will be able to surf there in the near future, the long-term goal is to build surf lakes all over the globe. “Our motto is ‘everyone gets a break,’ and our long-term vision is to build a surf lake in every major city in the world,” Buchanan told Zig Zag Magazine. “As such, we have received over 150 inquiries from more than 20 countries from groups who are interested in bringing Surf Lakes to their area.”