Surfing and Wave-Riding: Have Artificial Waves Set These Apart? 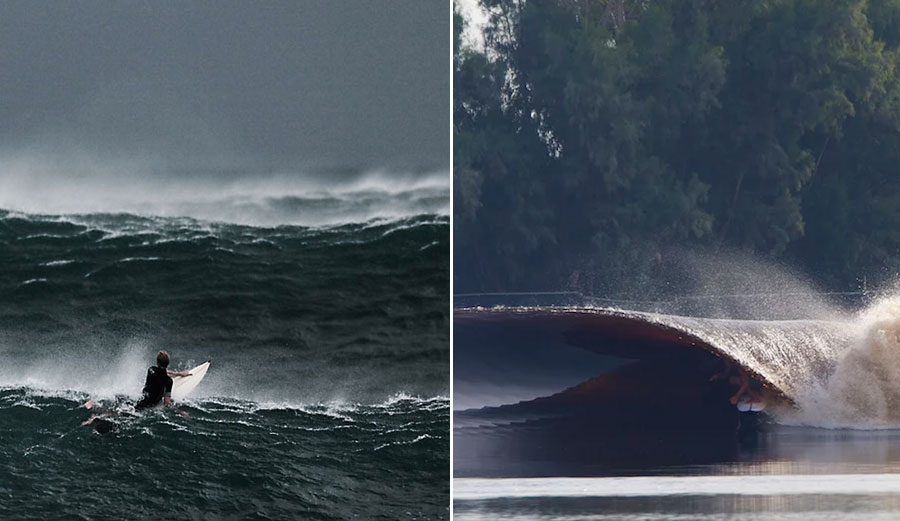 Another brave soul has thrown their hat into the wave machine market. The standard for all things artificial has been well and truly benchmarked by surf legend Kelly Slater, so the people at SurfLoch must be fairly confident in their ability to match Mr. Slater’s Californian offering. The founders must also be equally confident in the economic viability of such a project; with millions of pounds of investment required, getting an idea like this off the ground is no mean feat, and sustaining it seems an even bigger challenge–just ask all involved in Surf Snowdonia.

But let’s for a minute forget the economic, environmental, and engineering factors involved in creating such a project. What if these wave pools become commonplace? Suppose that one of the early players in the development of artificial waves strikes it big and develops a winning formula that allows artificial waves to reach the masses. Imagine that there was a wave pool in every town. Would you go?

I love surfing. I’m obsessed with it. At every opportunity, I’ll head for the water. Yet I’m not sure if riding carbon copied waves in a very large tank would hold the same appeal. In fact, I know it wouldn’t. I’d give it a go, just to say I had, but the thought of surfing to a schedule is not for me.

The joy of surfing is so much more than catching waves. Gliding along the open face is a happy byproduct of everything else involved. From that first glimpse of the arriving swell as you reach a break, to each fresh layer of wax applied to the board and that first duck dive, it’s a visceral process. The anticipation and unpredictability of a fresh swell and the buzz in the air when quality surf is on its way all help to make surfing an addictive routine.

Strip surfing down to its bare bones, and you’re left with just the wave itself. Surf culture becomes irrelevant. Years of wave riding history are made obsolete. Isolating the wave itself removes people from the surf experience. How many of us have made good friends through a shared passion of surfing? Whether we’ve been welcomed into homes as traveling surfers or struck up a healthy debate over the best waves in the Southern hemisphere, how much of this would exist if we were booked in to surf for an hour at 7 pm every other Friday?

I hear the argument that as a tool for learning and improvement, wave pools have their benefits. They may even repress some of the crowds cluttering up an already overpopulated ocean. But how valid is the improvement on an entirely predicable wave? Much of surfing is instinct. Does surfing endlessly identical waves actually suppress some of this natural instinct, making it harder to adapt when you head back to the sea?

I think my feelings on this are best summed up by my experiences of surfing in the UK. England is far from tropical. Even at the height of the summer, British people use the word “warm” in a slightly different context to the rest of the world. Preparing for a surf often involves huddling behind a car door in a desperate attempt to escape the biting wind charging across the Atlantic Ocean. The UK does get better surf than it is usually credited with, but it also gets its fair share of crappy waves. It’s not uncommon to spend a frustrating few hours paddling around hunting out the one wave that isn’t closing out, and then when it does arrive, messing up your take off because the cold has sapped all sensation in the lower portion of your body. Despite all this, it remains an enjoyable experience. An experience I wouldn’t trade for ten guaranteed waves in an artificial wave pool.

By their very nature, surf spots are usually in stunning locations. The backdrop to a surf session is more often than not an image worthy of hanging on a wall. We dream of visiting tropical locations to ride their waves. Nobody fantasizes about surfing in chlorinated water. Could you get excited about planning a surf trip to Dubai? It’s a faceless, consumerist, sweatbox that endlessly tries to give people a slice of those things they think they want.

In the very extreme, surfing is about survival. Most of us will have had times we can recount where we’ve been in situations that at best tested us, and at worst put our very existence in danger. It can be scary, but nothing (legal) comes close to the euphoria of successfully coming out the other side of a sketchy situation. There’s not going to be much risk to safety in a well guarded swimming pool, apart from perhaps the odd chipped tooth. I can almost picture the scene: boardshort wearing lifeguards sitting high on their chairs, incessantly whistling at those who’ve dared to try and escape the conveyor belt of waves being pumped into the pool.

The make up of surfing is different wherever you go. Warm water, blue water, or murky brown water, they all play a part in defining our involvement. Remove this and you saturate the hell out of surfing. In fact, it fails to be surfing. Instead, it is merely wave riding–and that’s not what I signed up for.