Surfing In Helmets: Why Isn’t It More Normal? 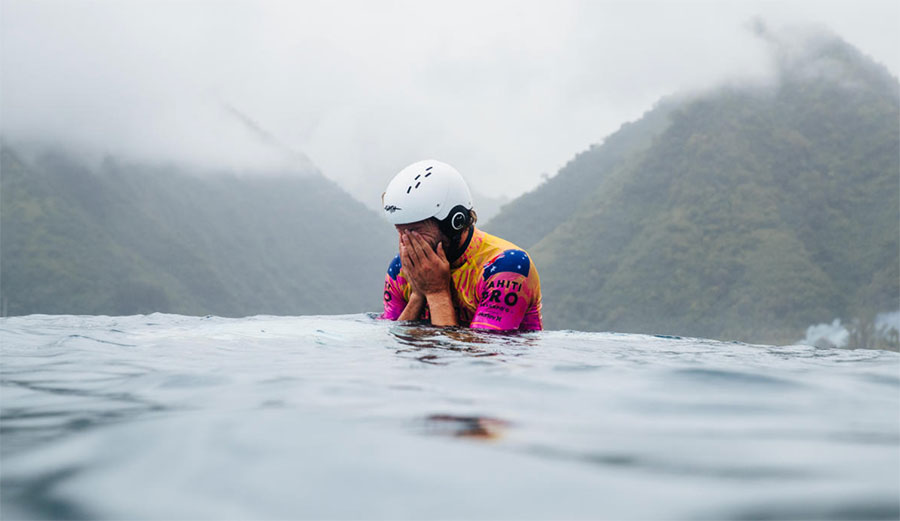 Your brain is a relatively important organ. It’s generally accepted that you don’t want anything bad to happen to it, but in surfing, an activity where skulls are often bouncing off things, helmets are anything but normal. So why is it, then, that surfing in helmets isn’t more popular?

That three-ish pounds of grey meat between your ears is responsible for controlling everything your body does. Shitting, eating, and heart beating — it’s all just your brain directing your body to do certain things. All your intelligence, creativity, and emotions are made of complicated neural pathways, tiny bursts of electrical impulses, and squirts of hormones. All of your memories are in there, and all the information filtering in through your various brain-controlled senses that make them up are interpreted in it.

We’ve got a pretty decent casing for our brains — a human skull is between 6 and 7 millimeters thick on average — but in our strange search for excitement, we often put our brains in harm’s way. Which is why, of course, in their infinite complexity, our brains came up with a solution: helmets. But although we’re smart enough to create a helmet, we don’t appear to be smart enough to use them as much as we probably should.

Now, I’m not saying that all surfers should wear helmets at all waves. I have never, not once in my life, worn a helmet while surfing. I also don’t surf massive waves over shallow reefs and get spat out of house-sized barrels as much as I might like to say that I do. But there are surfers who do, and it’s strange that helmets aren’t more commonplace at waves like Pipeline or Teahupoo. It appears that it takes a head injury to make a surfer wear a helmet. Which, ironically, likely would have prevented that head injury in the first place. 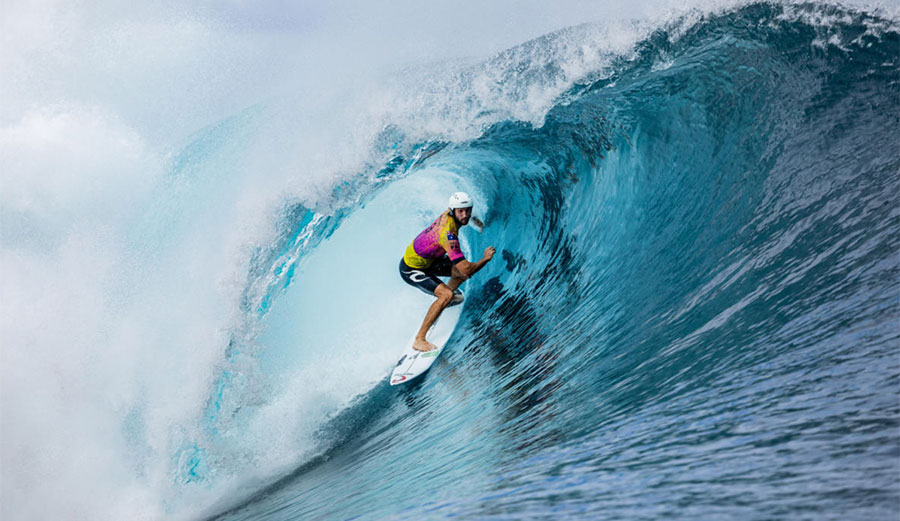 Owen Wright, a few years after his head injury, surfing at Teahupoo in 2019. Photo: Cestari/WSL

Take Albee Layer, for example, or Owen Wright. Both wear helmets frequently now, and both wear them because their brains were severely rattled. But despite the very real possibility of brain injury, the majority of surfers who surf waves like Pipeline still don’t wear them. Mason Ho, a man who routinely surfs waves that should definitely require a helmet, is one of them. Although he doesn’t wear one, he’s aware that people should.

“I think everybody and anybody should use a helmet out at Pipeline, especially if it’s six foot or bigger,” he told me. “It’s just SO EASY to hit your head out there and possibly die.”

Despite that, Ho doesn’t wear a helmet. According to him, that’s because his idols didn’t. “Honestly, it’s hard to put one on because I grew up watching most of my heroes surf it without one,” Ho continued. “I do feel like it’s wrong sometimes, like riding a street bike on the freeway without a helmet.”

Much like it was in snowboarding not so long ago, helmets just aren’t really accepted in surf culture — yet. But, like Ho says, the next generation comes up on a diet of what their heroes are doing. Times do appear to be changing, and more and more young surfers at dangerous waves are wearing helmets.

Greg Long surfs very big waves and is perhaps more embedded in the movement towards safety in surfing. Like Mason Ho, he doesn’t often wear a helmet, but he’s got a different reason.

“I tend to shy away from those types of crazy, shallow, slabby waves,” he told me. “A big part of my surfing has always been about risk-management. You can train to hold your breath and be held under for a long period of time, which is the most prominent danger in large surf. But surfing a wave like Pipeline, it’s not so much a matter of the length of the hold down, it’s a matter of what the ocean decides to do with you and how hard you’re going to hit the bottom. It’s out of your control. I also didn’t grow up surfing crazy barrels, and I don’t consider myself to be an over-competent surfer when it comes to that type of wave.”

Long, though, has noticed the subtle shift towards more of the younger generation wearing helmets in waves of consequence more often. It’s a shift that can likely be attributed to a larger general awareness of how important safety is in surfing, which is something that Long has had a big hand in. As in snowboarding, it will likely take a few of the older generation to pave the way before it really catches on. As ridiculous as it is, for many surfers, how they’re perceived is important, especially for the younger ones. So if they see their hero wearing a helmet, they’re more likely to wear one, too. All it takes is a handful of leaders to lead the way. 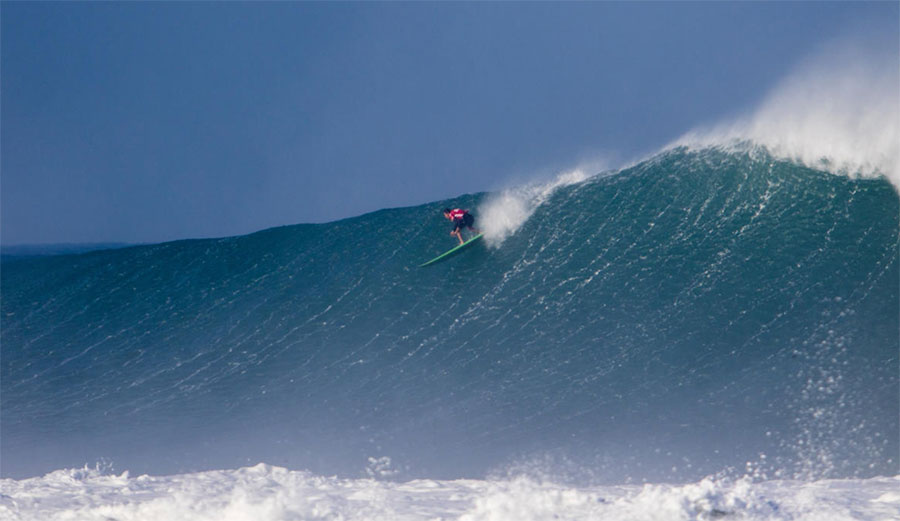 “I do think that you’re going to see more and more people wearing them at the waves that warrant them,” Long told me. “You’ve never really seen me in one not because I don’t believe in them or because I’m worried about how I look — I’m the kind of guy who wears socks and sandals out in public five days a week — but I do think you’re going to see them more and more because people are pushing themselves more and more. And also because it’s just a good idea.”

Back when Long was really pushing the importance of safety in big wave surfing, he faced the same criticism for wearing float suits that someone wearing a helmet these days might face. “The first time I showed up looking like the Hulk with extra padding and all that stuff,” he remembered, “people mocked me. But it eventually saved my life.”

Now, as you’ve likely noticed, it’s rare to see someone surfing a huge day at a spot like Jaws without floatation. Jamie O’Brien has a line of padded suits with Buell. Helmets are becoming more and more the norm in WSL events, like that Teahupoo event in 2019. When it’s big, pro surfers are starting to get the idea. Sally Fitzgibbons wore a helmet in Fiji. Jeremy Flores won Teahupoo in one in 2015. Hell, Tom Carroll wore one in the 1991 Pipe Masters.

It’s been a slow burn, but the tide is slowly changing when it comes to protecting that three-pound meatball in your head. And that’s a good thing.