The Tesla and …Lost Surfboard Collaboration Sold Out Almost Instantly to the Tune of $300,000 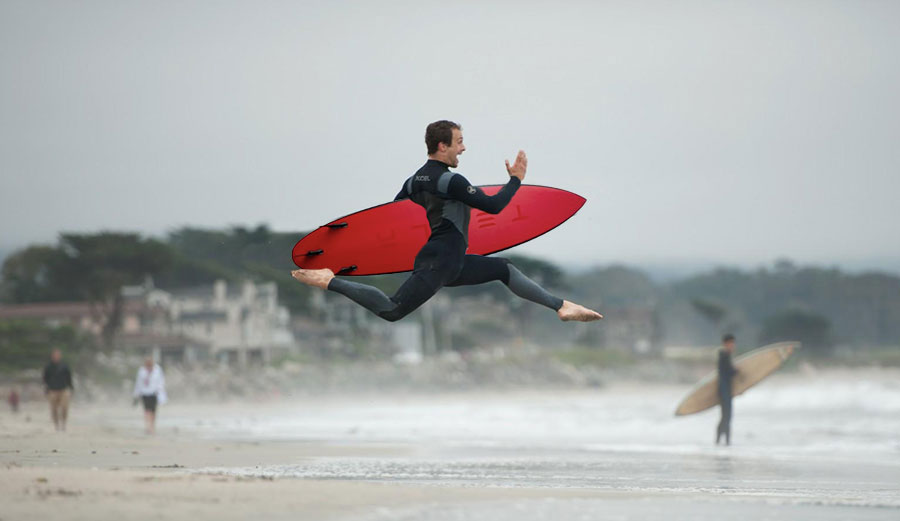 You may have heard the news that Tesla and …Lost smashed their brains together to make a surfboard in late July. According to Tesla’s website, “the Limited Edition Tesla Surfboard features a mix of the same high-quality matte and gloss finishes used on all our cars. The deck is reinforced with light-weight ‘Black Dart’ carbon fiber, inspired by the interiors in our cars, and featuring tonal logos in subtle contrast gloss.”

At 6’8″ by 20.5″ by 2 7/8″, the matte black and red board was made for a person of either considerable weight, questionable surfboard preferences, or in need of a step up. It featured an EPS core, no stringer, bio-based epoxy, a relatively high volume, and a low entry rocker, and it was priced at a not-so-affordable $1,500. Presumably, the target market was rich people who don’t actually surf all that much, similar to a leather Lamborghini jacket or a Porche hat—something that screams “I drive a Tesla and also I am an extreme sports enthusiast!” or “this jacket or hat means I am wealthy and therefore deserving of your envy!”

Only 200 were to be made, making it something of a collectors’ item. And, since Matt Biolos is a surfboard genius and Tesla is inundated with marketing geniuses (never forget Elon Musk’s Boring Company-branded flamethrowers), they called the market correctly. The limited edition run sold out in about a day, leaving the creators with $300,000, if my math is correct.

But don’t worry. You haven’t quite missed the boat. You can still buy one on eBay for a perfectly reasonable $4,500, sold by someone who also probably buys concert tickets and resells them for an exorbitant markup. So who bought these things? Well, at least one of them is the non-surfing Marques Brownlee, a man who makes “crispy tech videos on the internet.” And you know what I say to Marques? Well done, Marques! It is, after all, red and matte black. ¯\_(ツ)_/¯

In other news, Tesla dropped some new merch… It’s a limited edition surfboard. No, I don’t surf. But it’s red and matte black. So I snagged one ¯\_(ツ)_/¯https://t.co/2v2G7bnALC pic.twitter.com/aWuMYHK3JC