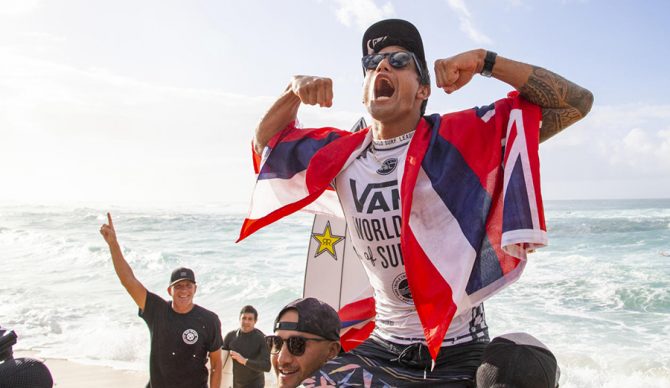 The Challenger Series is of course the newest way to make dreams come true. Photo: WSL

With the Boost Mobile Gold Coast Pro kicking off at Snapper Rocks, we thought it prudent to investigate all you need to know, and don’t, about surfing’s new qualification system, and maybe help you understand the World Surf League’s Challenger Series a bit better.

First, the schedule: there are eight events on the men’s and women’s Challenger Series (CS). The first kicks off at Snapper, followed by Manly, Ballito, Huntington Beach, Ericeira, Hossegor, Saquarema, and Haleiwa.

Each Challenger Series event will include 96 men and 64 women. All the CT surfers that started the year, so 34 men and 16 women have been allocated a spot for each CS event. Not all will surf though. At Snapper 19 of the 32 male CT surfers are competing. In the Women’s it’s 13 of 16.

Originally the CT surfers were contractually obliged to surf in a minimum of two CS events. The surfers who rebelled at the redesigned tour at Bells sighted “event congestion” as one of their issues. We know that the rebellion was quashed quickly with an ELO steel-capped boot. However, a source tells me that one of the very few concessions the surfers gained was that the requirement was dropped to surfing just one CS event. That one event does have to be surfed in their region.

If we use Kelly Slater as an example, and why wouldn’t we, while he is surfing at Snapper, he is still contractually obliged to surf in a North American Challenger Series event. Seeing there is only one, the Vans US Open, we can surmise he will be donning the vest in Huntington.

For Ethan Ewing, who isn’t in the field for the Gold Coast, he will now need to surf in Manly. Just why the Queenslander chose the Sydney beachbreak over surfing empty Snapper, is a mystery.

The Rest Of The Field

With all the CT surfers getting a spot, that leaves 58 men and 43 women that are allocated by the WSL regions. These are based on the region’s Qualifying Series rankings. For the USA there are veterans like Evan Geiselman and Michael Dunphy who gained VIP access. Wonder grommets like Caitlin Simmers and Kirra Pinkerton also graduated via the Qualifying Series.

However, with so many CT surfers unlikely to take their allocated spots, there will be plenty more field real estate available. Known as CT replacement spots, these will be allocated by Tours and Competitions, aka WSL HQ. The criteria for those selections aren’t all too clear. You’d assume the regional QS rankings will inform some of the decisions, though it could also be a mix of voodoo, personal preferences, Instagram followers, and what quadrant Jupiter is currently rising in. 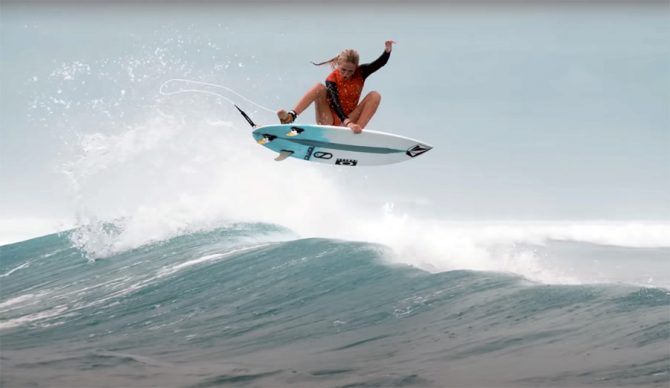 Sierra Kerr is just one wildcard that will make the Challenger Series interesting. Photo: WSL

Each CS event has four Men’s and four Women’s wildcards set aside. For the Snapper event, Julian Wilson and Ace Buchan are two of the wildcards. Not bad editions to the field; you’ll remember the pair made the Final in epic Kirra in the CT back in 2018.

In the Women’s, Sierra Kerr, easily the most exciting prospect in world gets a start. Given her talent, and knowledge of the Superbank, she could easily cause major structural damage.

The sheer number of Wildcard spots, if we include the CT replacements, adds a random dynamic to the Challenger Series. By choosing from retired icons, next-level groms, or hometown heroes, each draw could contain some explosive landmines. ELO responded to the surfer’s concerns in Bells by saying that the tour redesign was all about developing narratives, which he reckons will bring in the cash. A fair chunk of the CS storytelling might come in this space.

Another advantage of the Challenger Series is the simplicity of the format. All surfers start in the first round; The men in Round of 96, the women in the Round of 64. There are four surfers in each heat, with two going through.

Unlike the CT, there is no loser’s round. It’s brutal, and you may feel for a surfer who traveled from Lisbon to Snapper and was knocked out in the first 25 minutes needing a 4.5 to move from second to third. However, it means the competitive tension hits hard from the start. Two-surfer heats kick in from the Round of 16 for both men and women.

For spectators, four surfers in the water add to the spectacle. Watching unridden waves at Snapper could be a frustrating experience. And even if the heavyweights like John John are missing, the sheer volume of waves ridden makes the webcast easier on the eye. It should be something to see as we enter a new era of competitive qualification.