The Long Road to Recovery: An Update on Bede Durbidge 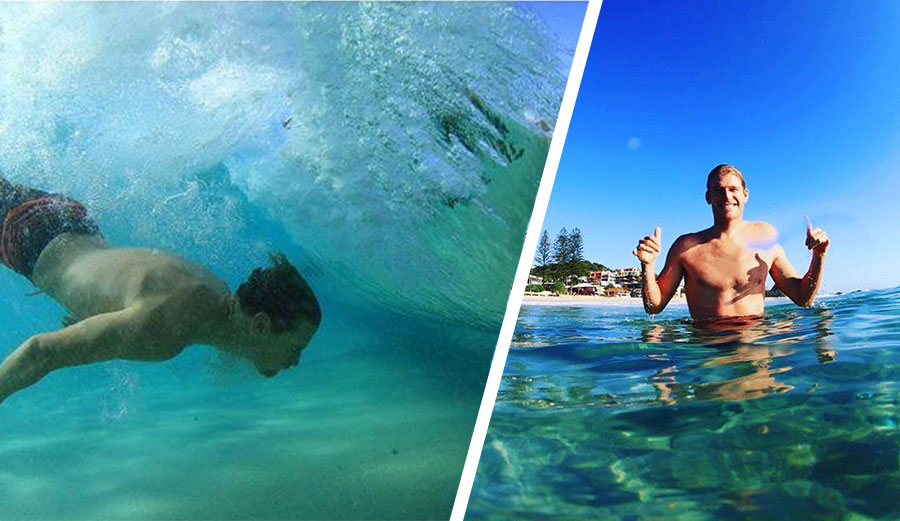 Bede’s back in the water. This is a good thing. Photos: Bede Durbidge/Facebook

Just a few months ago, the world watched as Bede Durbidge was crushed at Pipeline. In his round three heat against Keanu Asing, Bede fell on the take off, went down hard, and shattered his pelvis against the reef. He was rushed to the hospital in immense amounts of pain, where doctors worked to put him back together.

“Underwater I was freaking out,” Bede recalled. “[I thought] I was gonna be a paraplegic. When I hit, my legs went numb and just shooting pain. I wriggled my toes and I was just like, ‘Oh, thank god.’ I was just happy with that. I was still getting thrashed around and I could feel my mid-section was loose and wobbly. I knew I’d broken something.” 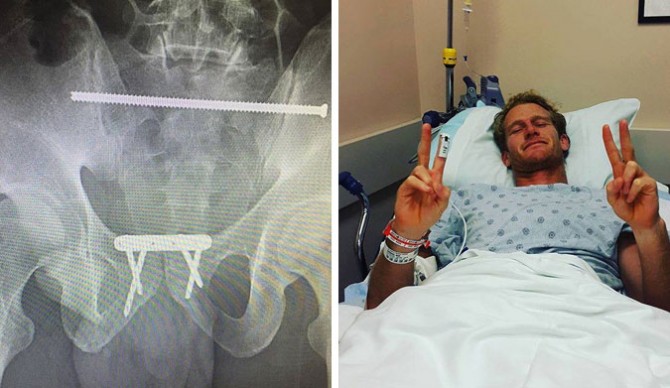 After surgeons knitted his bones back together using a 17 cm rod, a metal plate, and four screws, Bede’s competitive surfing career was in doubt. This year, he hasn’t been able to compete in any event–which surprisingly, are the first events on the CT that have run without Bede’s presence since he started his career. Bede put his head down and started his long and painful road to recovery.

Now, nearly six months after his injury, Bede is walking again, and he’s still got that same competitive drive that kept him among the top surfers in the world for more than a decade.

“It’s such a long process,” the 33-year-old told The Gold Coast Bulletin about his rehab. “The fatigue is just crazy. Every time I do something, it’s a big reality check because I get so tired.”

Confined to a wheelchair for weeks after his injury, Bede’s body began to degenerate, despite his attempts at staving off the inevitable atrophy. “Because I couldn’t do anything for so long my muscles just atrophied — the weeks I spent in a wheelchair felt like a lifetime,” he remembered.

The injury was a serious one. Since it happened, he’s lost nearly seven pounds of muscle and four percent of his bone density–not an easy task for anyone to bounce back from. Luckily, he was in peak physical condition before the wipeout. “Before his injury it was through roof for someone his age,” said Bond University’s Dr James Furness of Bede’s bone mineral content. Furness studied Durbidge’s body back in 2014 as part of a study on the bodies of professional surfers.

And Bede isn’t giving up. Three times a week, he spends hours in a pool doing rehab. Twice a week, he walks into the chiropractor’s office for realignments. He spends as much time as he can at the Hurley High Performance Center working on gaining his lost muscle mass back, and he can’t wait to get back to Pipeline. He knows, though, that it isn’t something he can just jump back into.

“Definitely, I would love to do Pipe and get back on the horse,” he told The Gold Coast Bulletin. “There’s still a fair way to go though — you have to start from scratch with surfing. I guess you don’t really realize it, but your body goes through a lot when you’re surfing. As an athlete I’m always striving for the best but I don’t want to overcook it and be in pain for the rest of my life.”

Although he’s not counting himself out for a return to competitive surfing, the interim has been an interesting look into what his life might be like without it. He’s kept himself busy with a variety of things, and not all to do with surfing. Along with a few stints as a commentator for the WSL, he’s sat in the presenter’s seat for Australia’s Channel Nine news and focused more on Balter, the beer brand he started with Mick Fanning, Joel Parkinson, and Josh Kerr. “It’s been good to dabble in a few things and have a look at what I might like to do after surfing,” he said. 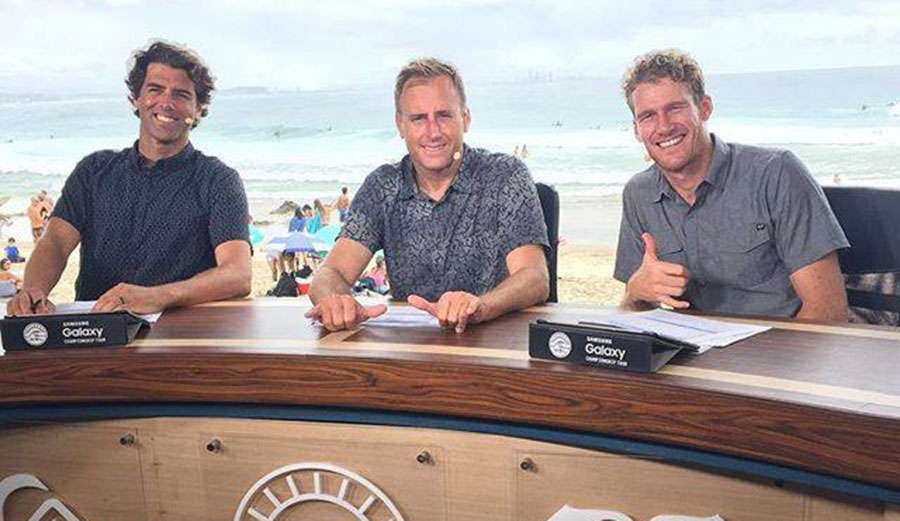 Whatever happens with Bede–and for all the surf fans out there, his return to the contest scene is the ideal outcome–it is clear that his mark on competitive surfing is a big one. Best wishes to Bede on his continuing recovery, and here’s hoping we see him back on a surfboard very soon.