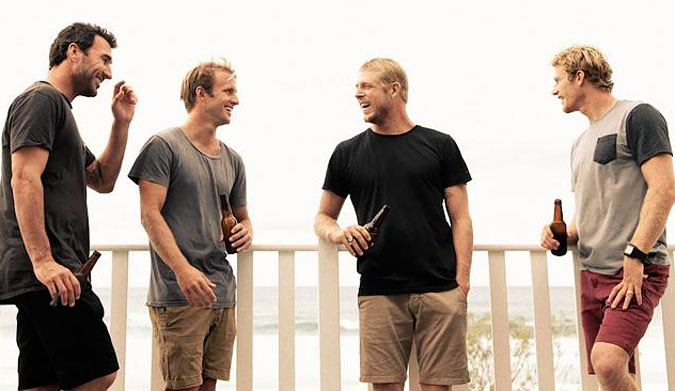 Last month, Bede Durbidge, Mick Fanning, Joel Parkinson and Josh Kerr came out with a fake cologne. It was called Ocean’s Mist. Everyone groaned, because they thought it was real. But it wasn’t! The surf world breathed a sigh of relief, along with a whole bunch of women who don’t like the smell of urine-soaked neoprene. But they did launch something. Something so much better. Beer! They’re making beer! Beer smells so much better than urine-soaked neoprene (assuming that’s what Ocean’s Mist was going to smell like). The beer is called Balter. It will taste good, like most beer does, except Coors Light, which tastes like urine-soaked neoprene.

The boys are starting their beer company because, unlike so many that surf for a living, they realize that there is life after the tour, and they should probably be prepared for it, unlike Kelly Slater, who’s just sitting around doing nothing business-wise. Except Firewire (surfboards!), Purps (energy!), Pottery Barn (furniture!), Outerknown (shirts!), and God knows what else. Rumor has it he’s developing a lunar lander that melts moon-ice and creates a wave pool, but that’s just a rumor. Spread it around.

Since I like beer and I like surfing–yes, in that order–I figured I get a hold of Bede to ask him a few questions about it. And how I could drink it. Turns out I have to go to Australia, which would make the beer very expensive. Probably worth it.

Why’d you guys decide on starting a beer company?
Bede: We’ve managed to get paid to do something we love our whole lives, but surfing doesn’t go on forever and this is really about life after surfing and continuing to be inspired and happy. And like anybody, we are always looking for new challenges and ways to grow personally and professionally. Some people go travelling, some people change jobs, renovate a house… we’ve decided to start a brewery. I’m just stoked that I’m going to be working with my mates on something we are all stoked on.

Whose idea was it?
I approached the boys last year in Hawaii, and after a few chats everybody was convinced this was something they wanted to do.

How did you guys all get involved? Sitting around drinking beer?
We have all been good mates for years and we are all Gold Coast lads, so starting something together made sense. And yes, there may have been one or two beers involved.

What’s the long term goal for Balter?
We just want to make great beer and create a brand that connects with people. We’d love to see our beer putting smiles on peoples faces all across Australia. Maybe one day across the world. But for now, we are a small Gold Coast Brewery, and it’s just about putting one foot in front of the other.

Any plans on exporting outside of Australia?
We have been getting hit up a lot from people the world over, so we’ll have to wait and see. We’ll never say never, but the foreseeable future will be to focus on Australia.

How hands-on have you guys been with it?
The guys and I have immersed ourselves across all facets of the business, and will continue to be involved in all the major decision making. We all have our particular interests. Mick is super into the marketing and branding side of things, while Parko and I really like business and operations side of things. Josh gets involved in both.

Where’d the name come from?
Mick came up with it… or I should says found it. Names are always the hardest thing to come up with, and they were flying left right and center. But Mick and our Brand Manager Stirling were just in full name tennis mode. We stumbled across Balter on this website called Otherworldly.com and the name and meaning just struck a chord with all of us. Balter was born.

How can I get my hands on some of it?
Come to our brewery in Currumbin around November time and we’ll look after you!

Find out more about Balter on Balter.com.au, keep up with them on Instagram@balterbrewers, and like them on Facebook. Because beer is super good. 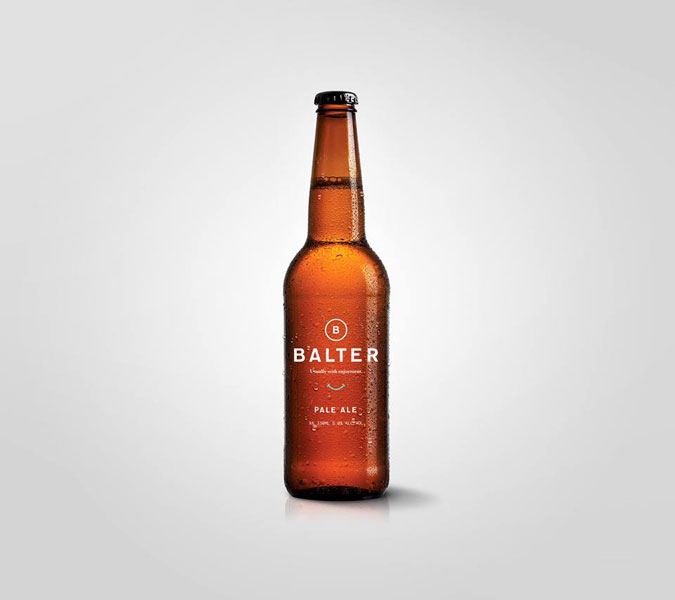