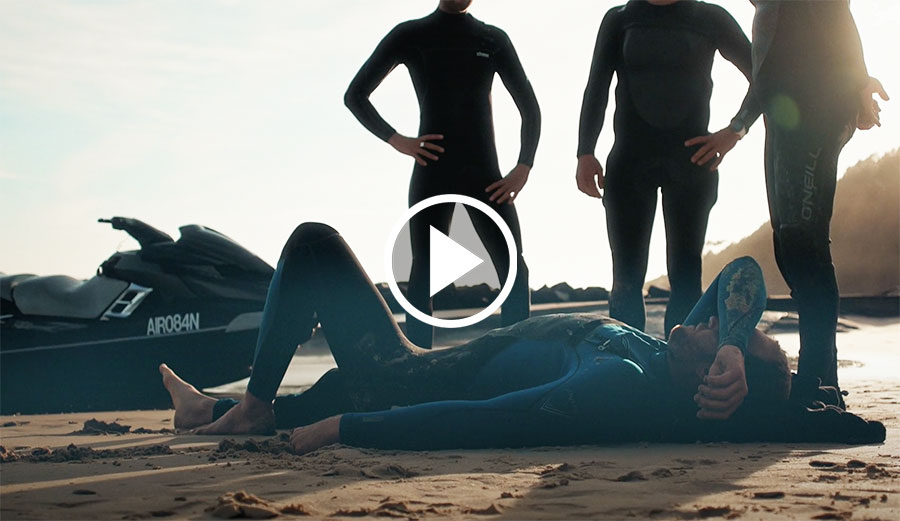 In 2016, Mark Mathews nearly lost his leg. It was a disastrous injury: a broken leg, a dislocated knee, two snapped ligaments, major nerve damage, and an artery that tore lengthways, filling the leg with blood. Doctors, however, were able to save it, but the road to recovery was — and still is — a long one. He’s left with a nightmare of a scar; a constant reminder of the wipeout that could have killed him. “The way I hit the reef I could have ended up in a wheelchair, so as bad as it is, it could be a lot worse,” said Mathews to The Daily Telegraph afterward. “I can’t really control my foot, so I definitely won’t be able to continue my pro career.”

It was just after sunrise on Australia’s east coast when the accident happened. Mark was surfing a very sketchy wave. There was a big swell pounding its way through, it was low tide, and Mathews was fresh off a shoulder injury that kept him out of the water for nearly a year prior. His first wave went perfectly. The second wave, though, turned into something unexpected. He got caught on an eight-footer, attempted to punch out of it, and got sucked over, landing feet first on a rock ledge. His leg shattered. On the beach, medics sedated him and straightened his leg out. His leg, though, quickly began ballooning, and a helicopter was called. At the hospital, it became evident just how badly he was injured.

Mathews has a relatively unknown second career path. He’s a motivational speaker, and his keynote presentation is about something he knows a lot about: conquering fear. Red Bull recently released an hour-long feature that focuses on Mark’s life, recovery, and his journey back from the brink.