This Is How You Surf Pipe After Losing Both Legs 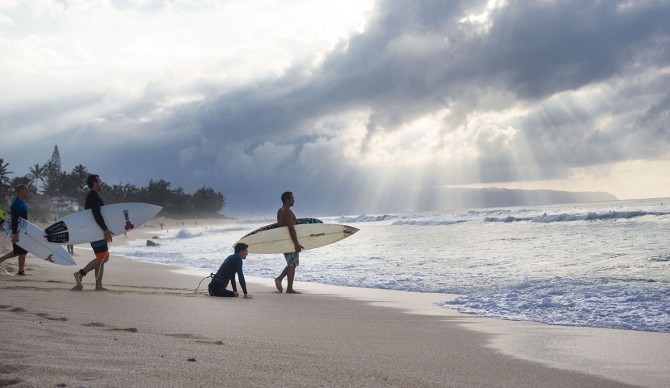 Life changed when an IED took both my legs in Afghanistan. And this is where I chose to celebrate my 5th Alive Day (the anniversary of the day I was blown up).

In a spilt second my life changed. Serving as a Marine in Afghanistan, on what started as a routine patrol, I stepped on an Improvised Explosive Device (IED). Instantaneously, I lost both legs and half a hand. It would be easy to say my life was over. But, little did I know where my life would lead.

After dozens of surgeries and months in the hospital, I found myself in San Diego rehabbing from my injuries. Someone suggested I go up to Del Mar and try surfing. At first, I was a little apprehensive. The ocean was a mystery to me. Other than the occasional beach day on vacation, I didn’t grow up in the water, certainly wasn’t a surfer; there aren’t a whole lot of waves in Colorado. I’d never been on a surfboard and didn’t know what to expect. How would I surf with no legs? But, what did I have to lose?

Turned out, the better question was: what did I have to gain? I started just like everyone else. Getting pushed into the whitewater on a foamie and I fell in love. I had discovered the joy of riding a wave. Over the next couple sessions, I worked my way off the whitewater and started surfing the face and slowly got better. Out in the water, regardless of my injuries I wasn’t disabled. My life, while clearly changed, could still be lived to the fullest. From that point on sports become a huge part of my life. Whether it was surfing, skiing, mountain-biking, or the numerous things I’ve since enjoyed, having no legs wasn’t going to hold me back.

Flash forward a few years. To celebrate my Alive Day (the anniversary of the day I was blown up) I booked a trip to the North Shore. The Pipe Masters was on and the chance to see the world’s best surfers in the world’s best waves seemed like a good way to commemorate five years as an amputee. That, and maybe try and get a few good waves myself. Sitting on the deck of the Billabong House, someone suggested I paddle out to Pipeline (I think half jokingly, half seriously). After watching for a bit, I had to go. Never one to let fear get in the way of a good time, gathering a group of friends and borrowing the right board, we made our way to the lineup. 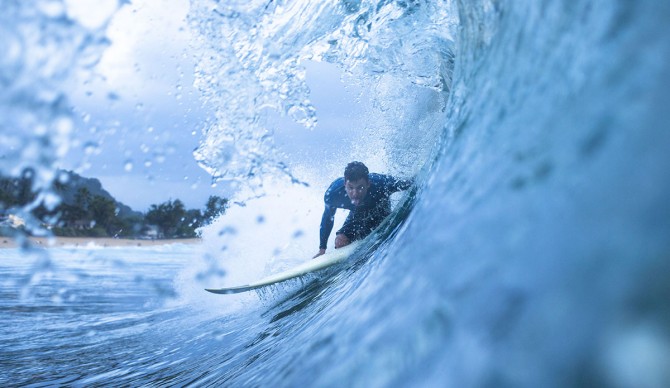 Just turn and go. Your life can change in an instant.

I’m not going to lie, a part of me was pretty nervous. However, the excitement and anticipation overpowered any reluctance. With local surfer Micah Moniz calling me into waves, all I could do was turn, paddle, and go. And, going was more than worth it. That feeling and joy of my first wave returned. After getting the best wave of my life, there was no wiping the smile off my face. For any surfer, getting barreled at Pipe might be the pinnacle of the sport and it certainly was for me. Once again, in a spilt second, my life changed. Just that spilt second is one I want to re-live over and over. 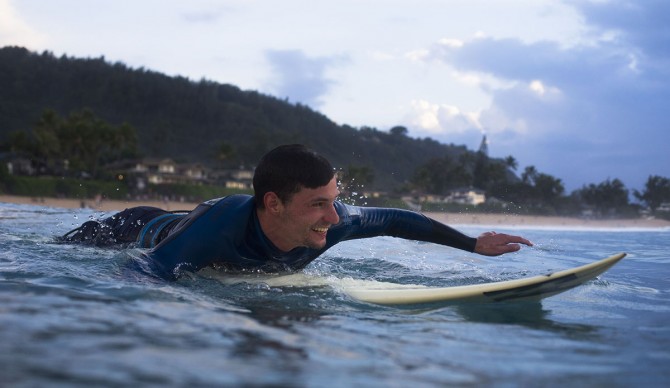 After getting the best wave of my life, there was no wiping the smile off my face