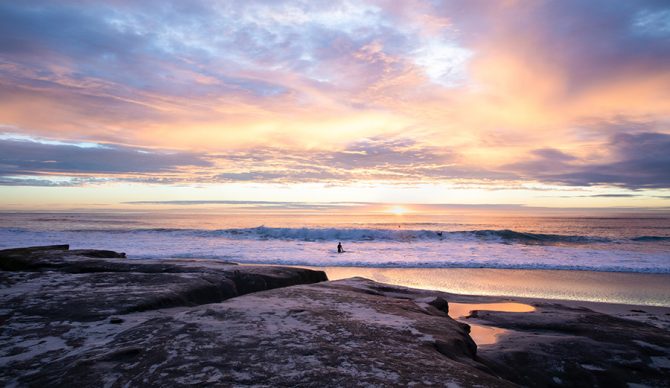 There’s one thing we can always count on: Surfers will create drama in the water. If not this week, then next. Like breathing or procreating, it’s the way us humans who ride waves work. To wit, a recent surf fight at Windansea has apparently prompted police to increase patrols in the area, according to local media.

On August 13, an incident was reported that caused punches to be thrown and a “surfer being held underwater for an estimated 30 seconds. “It was a very dangerous situation,” said San Diego Police Department Officer Brian Avera, who’s in charge of the department’s Northern Division, including La Jolla. There was no cause or explanation given for what started the fracas.

But these incidents are nothing new, or original – an unfortunate part of the surfing fabric. Avera even went so far as to call violence in the La Jolla area a “generational issue.”

“In general, we have had fights in the area … that are more of a territory thing; people feel it is their area to surf,” Avera said. “So we are certainly going to be vigilant and make sure we’re allocating our resources throughout La Jolla to make sure it stays safe. We are dedicating more personnel, seven days a week, even overtime, to the area.”

Of course these days, incidents like this aren’t often territorial. Most of the time, they’re ignited by a breach in etiquette, which some just aren’t privy to (beginners) or blatantly choose not to follow. It’s an issue Windansea Surf Club president Bill Fitzmaurice addressed.

“The reason it happens, typically, is lack of etiquette and a bad attitude,” said Fitzmaurice, who also mentioned the club doesn’t condone violence of any sort. “Assuming you know better than the locals is a bad idea. Yes, it is a public beach and doesn’t belong to anyone, but some of us surf there every day. If you paddle out, show respect and be patient. People will see you and remember that. If you are cool with locals, you’re going to have a good time.”

The investigation is apparently ongoing. But does it really matter? We’ve already read the same story this summer. I get having choice words for someone in the water. Hell, I’ve been yelled at. And for good reason. We’ve all messed up and needed to be reminded. But physical violence in the ocean just seems like a ginormous waste of energy. And if you really think about it, silly and stupid. Because there’s another thing we can surely count on as surfers: There will always be another wave.